Tropical Storm Isaias has brought high winds and heavy rain to the Bahamas and the coast of Florida, killing at least two people already. The National Hurricane Centre in the USA is now predicting it could be upgraded to a hurricane by the time it hits the South Carolina-North Carolina border on Tuesday.

Isaias is currently tracking up the east coast of the USA, projected to go as far up as New York.

Isaias, which was downgraded from a hurricane on Saturday, is expected to move upward along the East Coast and reach Washington, Philadelphia and New York City on Tuesday before moving into New England.

The National Hurricane Centre issued a hurricane watch Sunday evening for parts of the Carolina coast from north of Charleston, South Carolina, to north of Wilmington, North Carolina. 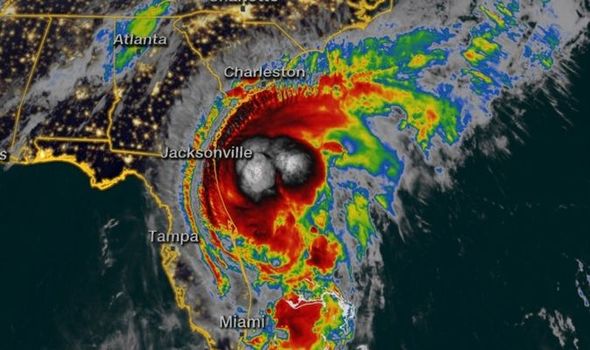 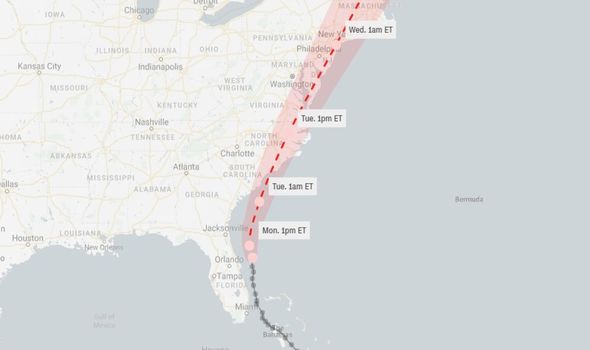 Hurricane conditions were possible in the area Monday night and early Tuesday, although the NHC is predicting it will stay categorised as a tropical storm.

The NHC added: “Isaias is expected to be near hurricane strength when it reaches the coast of northern South Carolina and southern North Carolina Monday night.

Isaias is moving upwards along the east coast, tracking to hit almost the entirety of the coast if it maintains its power. 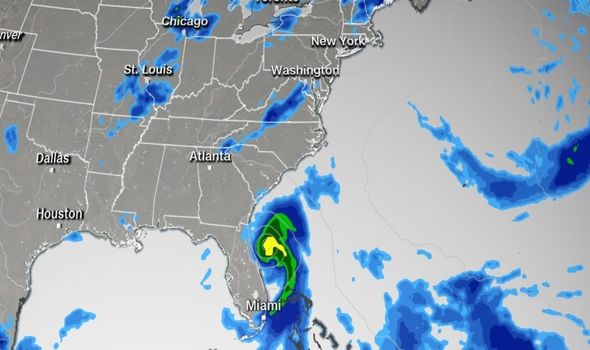 However, the storm is having difficulty fighting off vertical wind shear – the changing of wind speed and wind direction with height – which is suppressing its growth.

As of this morning, is has sustained winds of 70mph as it moves up the coast.

Flooding from the storm’s heavy rains led to the death of at least one person in Puerto Rico, the island’s Department of Public Safety said on Saturday in a statement.

A woman who had been missing since Thursday drowned near Rincón, in the northwest portion of the island.

The centre of the storm just skirted the coast of Florida on Sunday, not quite making landfall but still battering the coast with heavy winds and rain.

Forecasters now believe the storm will continue to track northwards, with potential to spawn tornadoes in the Carolinas on Monday.

“Heavy rainfall from Isaias will continue to result in potentially life-threatening flash flooding in the Northwest Bahamas through tonight,” according to the National Hurricane Centre.

The NHC added: “Flash and urban flooding, some of which may be significant in the eastern Carolinas and the mid-Atlantic, are expected through midweek along and near the path of Isaias across the US East Coast. 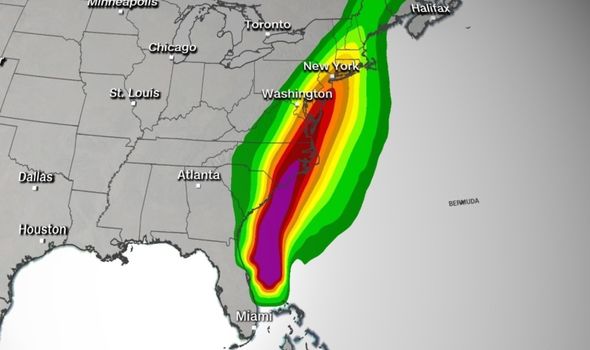 “Widespread minor to isolated moderate river flooding is possible across portions of the Carolinas and the mid-Atlantic.”

By the time the storm moves further north Tuesday and Wednesday, southeast New York and parts of New England could see up to six inches of rain but should avoid the worst of the conditions.

In preparation, North Carolina and Virginia have declared states of emergency and flood preparations are being put in place to mitigate any potential damage.

Isaias did not affect the return home on Sunday of two NASA astronauts, who rode to the International Space Station aboard SpaceX’s new Crew Dragon.

They splashed down in the capsule in the Gulf of Mexico after a two-month voyage that was NASA’s first crewed mission from home soil in nine years.