The advert warns Russian holidaymakers not to come and visit occupied territory and showed the real horror of the war edited together with the backing track of cruel summer by Bananarama. Ukrainian forces used clips of Russian tourists on the beach in Crimea as bombs drop in the background and tourists flee. Russian tourists have been filmed piling up in their cars to escape Crimea through the Kerch Strait Bridge, which Ukrainian defence has tipped as a potential target of their missiles.

The mock advert warns holidaymakers not to come to Crimea and begins with various options of countries that Russians could visit.

The words”‘you chose Crimea'”then appear on the screen, before clips of the occupied territory being bombed and exposed for being a warzone are shown.

Footage of tourists observing the explosion of the Saki Air Base on Monday is also included.

Ukraine has distanced itself from the attack and Russia has been maintaining the devastating conflagration was to be attributed to an accident.

JUST IN: Woman ‘cons her mum out of £114M by using a fake psychic and cursed’ artwork 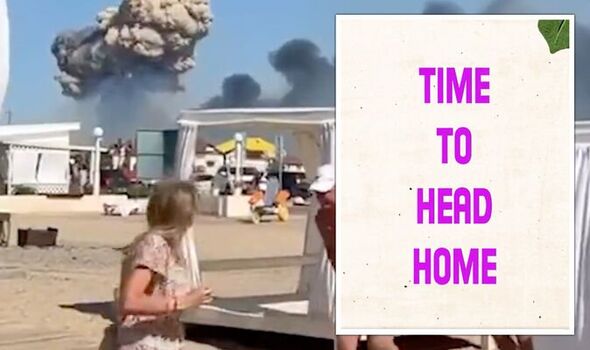 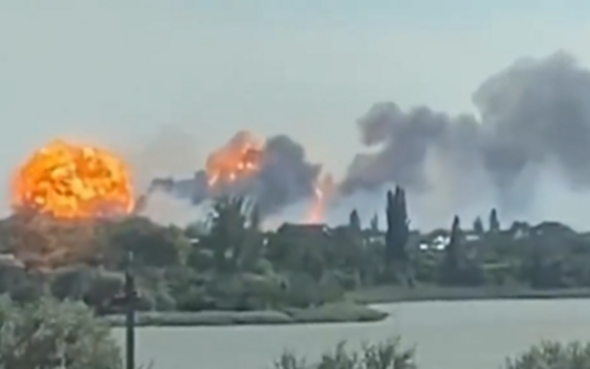 A video clip of fleeing Russian tourists claiming that they did not want to leave Crimea then plays as the message “time to head home” is shown.

The caption accompanying the video, shared on the Defense of Ukraine Twitter page, reads: “Unless they want an unpleasantly hot summer break, we advise our valued Russian guests not to visit Ukrainian Crimea.

“Because no amount of sunscreen will protect them from the hazardous effects of smoking in unauthorised areas.”

Social media users hyped up the video, praising the Ukrainian Government for maintaining their good humour and finding innovative ways to push back against Russia.

User @OneTrain73 said: “One thing I find interesting is that Putin could quite easily decide to use this to say “hey look Ukraine is attacking us let’s declare war” and start conscripting the masses. It would make the war far easier for him, but he doesn’t – he still claims it was an accident. I don’t know why.”

@Shvydkoplynnyi said: “Also there are tickets available for a summer party in free #Crimea.”

@HenrikLiman1 said: “Right choice. With European and American weapons Ukraine will win. In a couple of years from now, no one will care what happens in retarded, sanctioned, bankrupt and third world country Russia and people in Ukraine will prosper.”

@Dr_Seminnis said: “Serious props to whoever is responsible for this shade. #SlavaUkraini.” 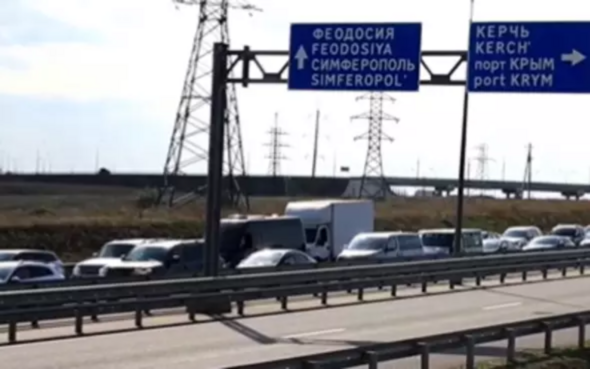 @Ken_Depew1 said: “Ultimate trolling on an epic scale and I freaking love it! #PutinWarCriminal.”

@CyprusRT said: “#Ukraine is becoming a model of the imaginative use of social media as a tool of the war effort.”

Crimea was invaded and occupied by Russia in 2014 and Ukraine has vowed to take back every inch of its land from Russia since the beginning of the full-scale invasion in February.