Dark smoke billowed from a woodland area at the bottom of a narrow valley near Stonehaven, just south of the city of Aberdeen, after the ScotRail train derailed in the morning following heavy rain overnight.

Two air ambulances and about 30 emergency service vehicles could be seen in a field just above the site of the derailment, which appeared to be difficult to access. The stricken train could not be seen on television footage.

“My deepest condolences are with the loved ones of those who lost their lives in this tragic incident,” said Sturgeon, first minister of Scotland’s semi-autonomous government.

British Prime Minister Boris Johnson said he was saddened to learn of the “very serious incident” and his thoughts were with all those affected.

Police received reports of a train derailing near Stonehaven, 15 km (9 miles) south of Aberdeen, at 0940 a.m. on Wednesday.

The BBC reported that the train was made up of two locomotives, one at the front and one at the back, and four passenger carriages. It said the front locomotive and three of the carriages had left the track and were sitting on a river embankment.

Stonehaven and the surrounding area had been hit by floods in recent days and some reports suggested a landslide may have played a part in the derailment, although that was not confirmed by the authorities. 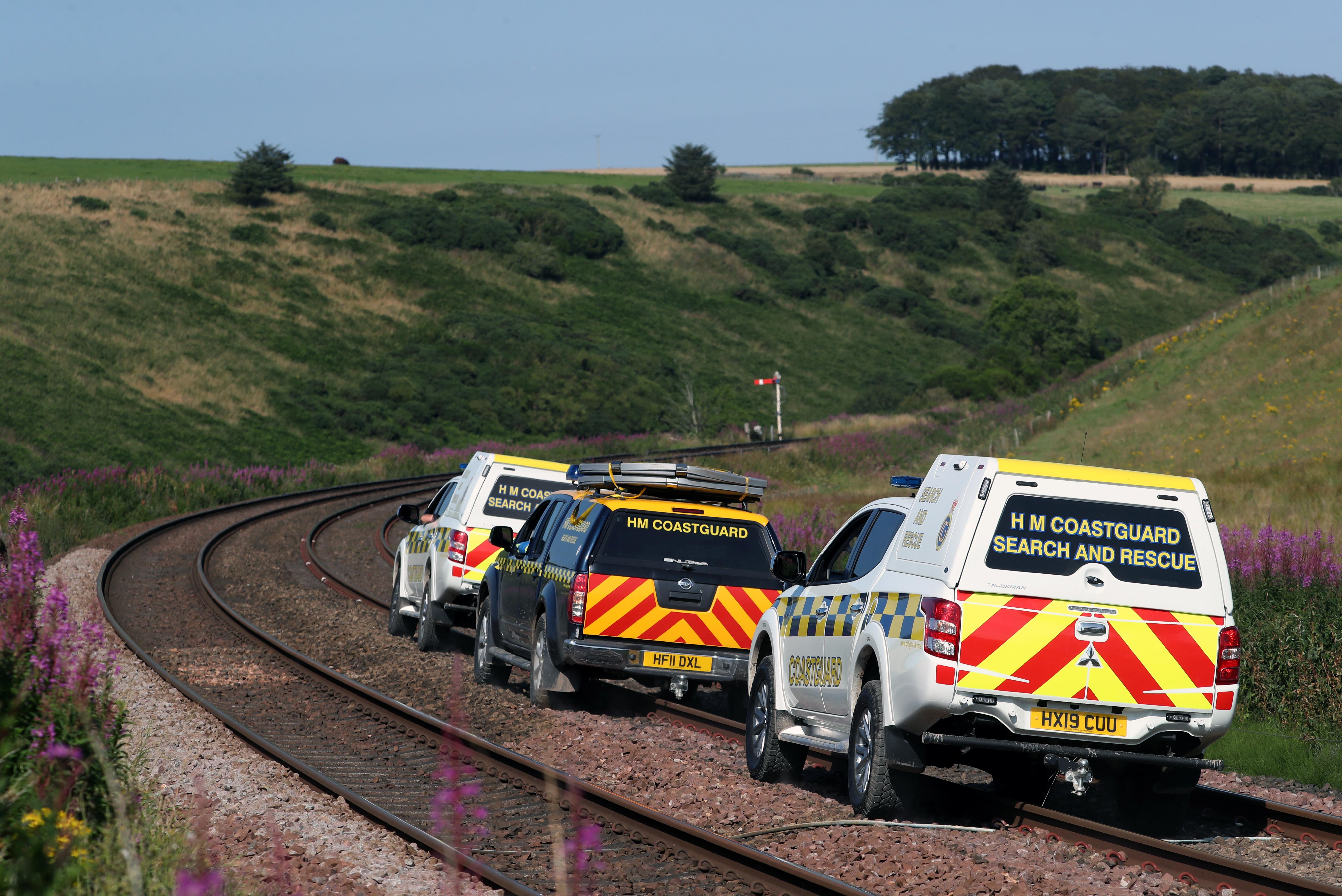 Britain has one of Europe’s lowest rates of fatal rail accidents, with a stronger safety record than Germany or France in recent years, according to Eurostat data that includes unauthorised people on railway tracks and at level crossings.

For passengers, European railways are very safe, with just 13 rail passenger deaths across the European Union’s 28 member states in 2018, according to the most recent available data from Eurostat. One of those was in Britain.

The worst rail disasters in Britain in recent decades were a 1999 collision between two trains at Ladbroke Grove, in London, in which 31 people died, and a 2001 accident near Selby in Yorkshire, northeast England, in which 10 people died after a car ran onto the track and was hit by two trains.