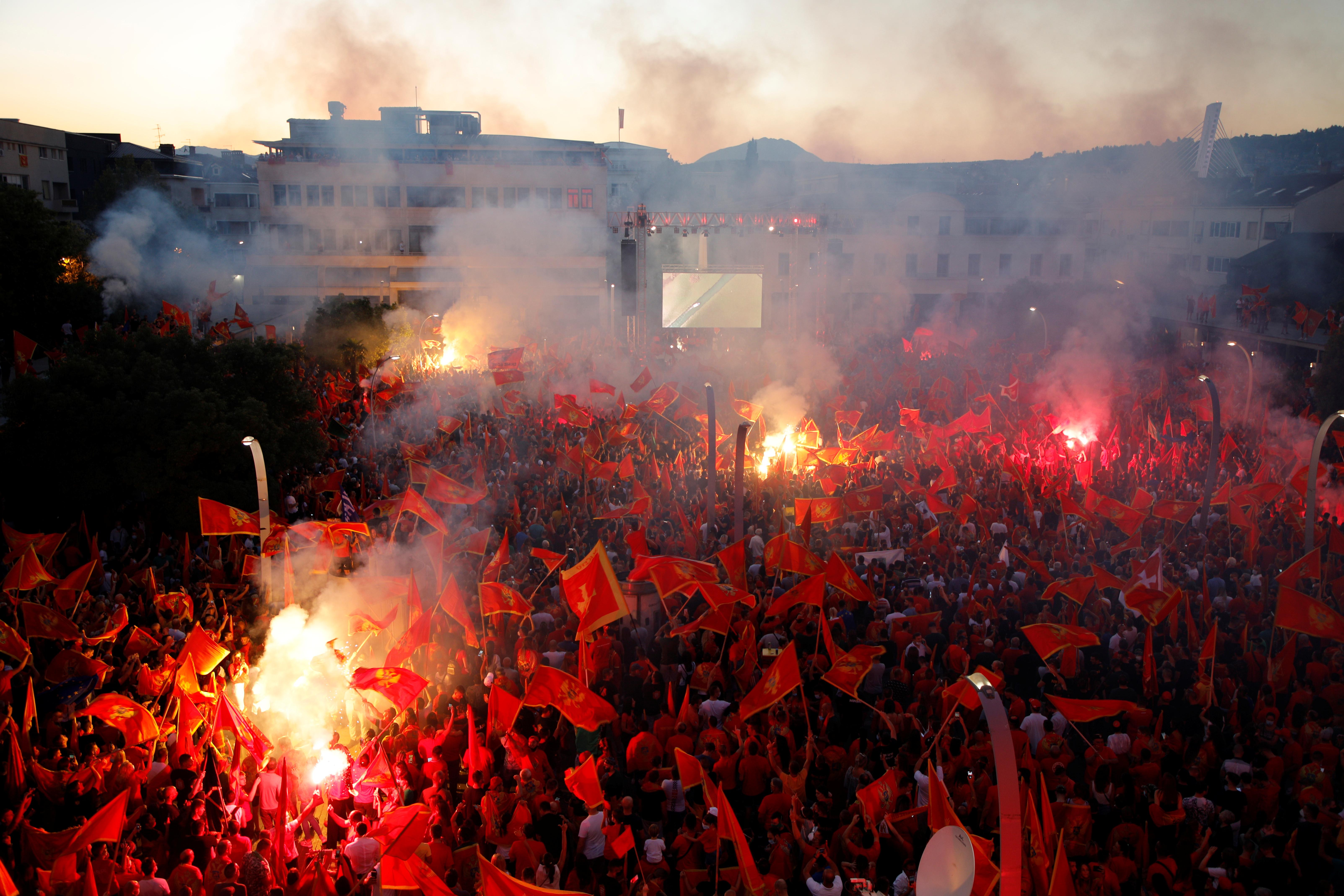 Participants chanted: “This is not Serbia” and “We do not give away Montenegro.”

The pro-Western Democratic Party of Socialists (DPS) led by President Milo Djukanovic, which steered Montenegro through the violent collapse of the former Yugoslavia in the 1990s, lost the parliamentary election last week.

It will not be able to form a government for the first time since 1990, when a multi-party system was introduced.

Opposition parties, including the pro-Serb Democratic Front, organised rallies celebrating their victory by waving Serbian flags, and raising three fingers in a gesture known as the Serbian salute.

Montenegro remains deeply divided over its ties with Serbia — with some advocating closer ties with Belgrade and others opposing any pro-Serb alliance.

On Sunday people started gathering in Podgorica in the afternoon waving national flags.

“We came alone from Cetinje to give our support to Montenegro, as always. We do not give away (our) state!” said protester Milo Martinovic, who wore the traditional red hat of Montenegro.

The final preliminary count gave the DPS 35.06% of the vote on Sunday. The final official result is expected in the coming days.

An alliance of Serb nationalist parties named For the Future of Montenegro, which seeks closer ties with Serbia and Russia and is backed by the Serbian Orthodox Church, won 32.55% of the vote.

Another two alliances – a centre-right group called Peace is Our Nation and an alliance led by the URA green party – which won 12.53% and 5.53% of votes, respectively, said they would join pro-Serb parties to form the government.

Opposition leaders, along with democracy and human rights organisations, have accused Djukanovic and his party of running Montenegro as their own corrupt fiefdom with links to organised crime. The DPS and Djukanovic deny those charges.