SOFIA (Reuters) – Thousands of Bulgarians rallied in front of the parliament in Sofia on Wednesday in one of the biggest protests so far in two months of demonstrations calling for the resignation of Prime Minister Boyko Borissov. 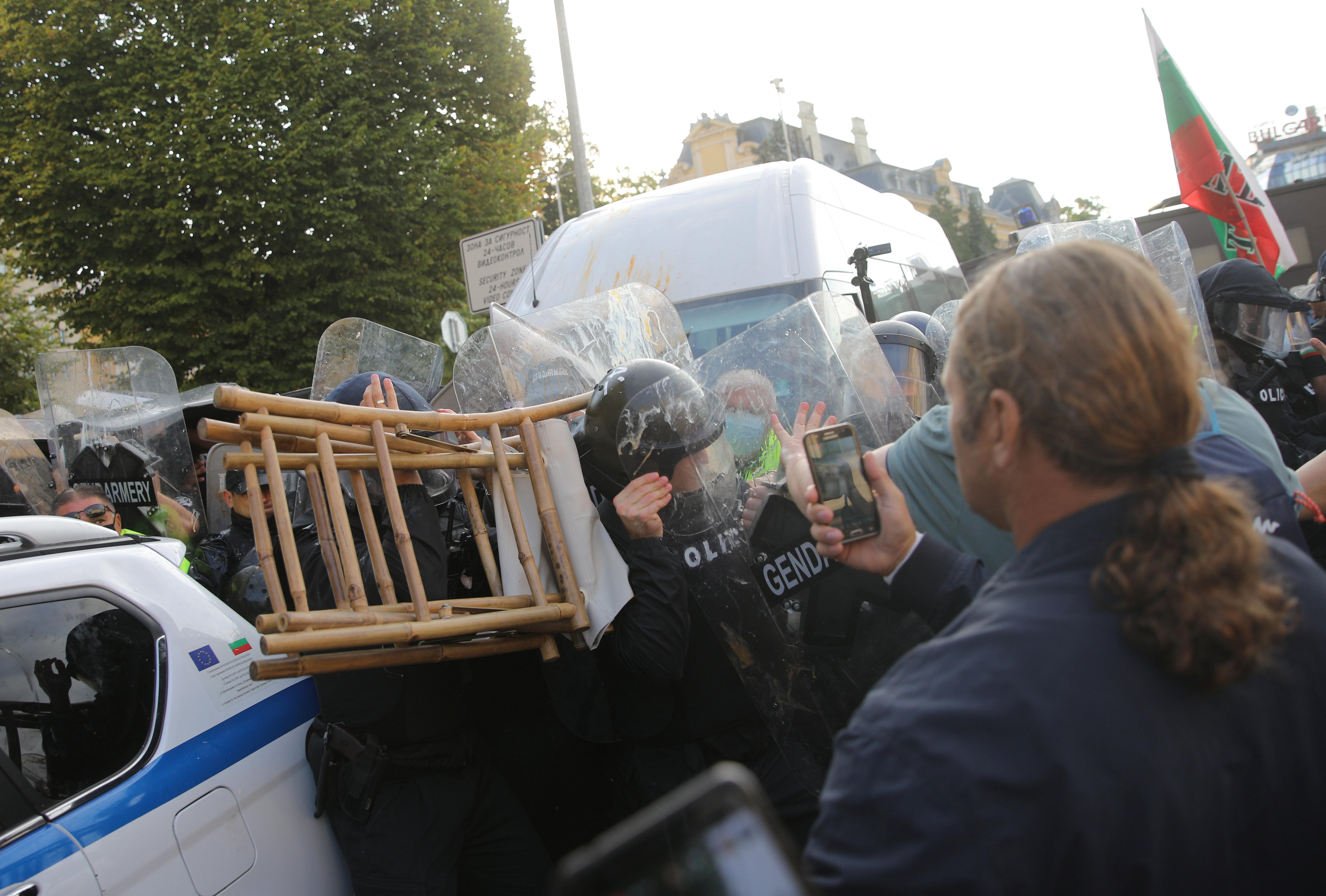 Scuffles broke out between protesters and police, who fired pepper spray and made several arrests. Protesters threw eggs, apples and garbage against the heavily guarded parliament.

They also shook police vehicles, and about 20 officers were affected by an unknown substance aimed at them by protesters, Sofia Police Chief Georgi Hadzhiev said

The rally took place on the first sitting of parliament after summer recess. Protesters called it the “Grand National Uprising” in response the government’s plan for a new constitution.

Protesters accuse three-times premier Borissov, 61, of failing to fight the corruption that erodes the rule of law and benefits powerful tycoons in the European Union’s poorest country.

In parliament, President Rumen Radev called for the resignation of Borissov’s center-right government and appealed to deputies to dismiss the plans for a new constitution.

“It was not the lack of new constitution that brought the people on the streets, but the lack of morality in the leadership, the erosion of statehood and the corruption,” he said.

Borissov has pledged to resign if parliament approves his call for the election of a grand national assembly tasked with voting on a new constitution. However, he is not likely to get enough votes to push ahead with his plan.

Protesters, as well as opposition parties, have dismissed the proposal as a ploy aimed at keeping Borissov in office longer.

Bulgaria, which joined the EU in 2007, ranks as its most corrupt member according to Transparency International, and is yet to jail a senior official on corruption charges.