HOUSTON (Reuters) – Hurricane Marco and Tropical Storm Laura tore through the Caribbean and Gulf of Mexico on Sunday, forcing thousands of coastal residents in Louisiana and Cuba to evacuate and flooding roads in Haiti’s capital, with damage across the region expected to worsen this week.

Marco, which strengthened into a hurricane on Sunday with sustained winds of 75 mph (120 kph), is forecast to make landfall along the Louisiana coast on Monday.

Laura, which hit the Dominican Republic and Haiti earlier on Sunday before striking Cuba on Sunday evening, is forecast to strengthen into a hurricane on Wednesday before making landfall in Texas or Louisiana on Thursday.

U.S. President Donald Trump issued a disaster declaration on Sunday for Louisiana ahead of the storms. He had issued a similar declaration on Saturday for Puerto Rico, which suffered extensive rains from Laura.

In New Orleans, Billy Wright spent his Sunday buying bottled water, non-perishable food and an attic ax, which can be used to chop through a roof if floodwaters block doors and windows. The 33-year-old attorney and his fiancée live in a one-story house mere blocks away from a canal that failed during 2005’s Hurricane Katrina.

“You’d rather have it and not need it than be stuck in your attic with rising floodwaters,” said Wright. “Getting two storms back to back is a big concern.”

Louisiana Governor John Bel Edwards warned the state’s residents that tropical storm-force winds would arrive by Monday morning and they should be ready to ride out both Marco and Laura if they don’t leave by Sunday night.

Laura could strengthen into a Category 2 or 3 hurricane on the 5-step Saffir-Simpson scale for measuring hurricane intensity and move west, closer to Houston, the fourth-largest American city, said Chris Kerr, a meteorologist at DTN, an energy, agriculture and weather data provider.

In the Dominican Republic, at least three people died, including a mother and her 7-year-old son, due to collapsing walls. Laura left more than a million in the country without electricity, forced more than a thousand to evacuate and caused several homes along the Isabela River to collapse, authorities said.

In Port-au-Prince, videos on social media showed people wading waist-deep in muddy water in some of the worst flooding the Haitian capital has seen in years.

Haitian authorities reported five deaths so far, including at least two people swept away in flooding and a ten-year old girl crushed when a tree fell on her home. In Cuba, many residents in the eastern city of Baracoa were evacuating homes on Sunday and heading to shelters or safer buildings on higher ground.

Back-to-back hurricanes arriving at the U.S. coast within days could result in a prolonged period of hazardous weather, the National Hurricane Center said on Sunday.

The Federal Emergency Management Agency has sent teams to operations centers in Louisiana and Texas, said spokesman Earl Armstrong. The agency is prepared to handle back-to-back storms, he said, pointing to 2004 when four hurricanes took aim at Florida in a six-week period.

Officials in Louisiana’s coastal Lafourche Parish ordered a mandatory evacuation for residents of low-lying areas at noon on Sunday. The U.S. Coast Guard also raised its warning for the Port of New Orleans, calling for ships to make plans to evacuate some areas.

“If either storm turns into a Category 3, we’re out of here,” said Jude Brunet, 33, who works in information technology for a New Orleans hospital.

The potential for flooding and evacuations added to worries about the spread of COVID-19. Tulane University, the largest private employer in New Orleans, said it will close its testing center on Monday due to potential flooding and power outages. 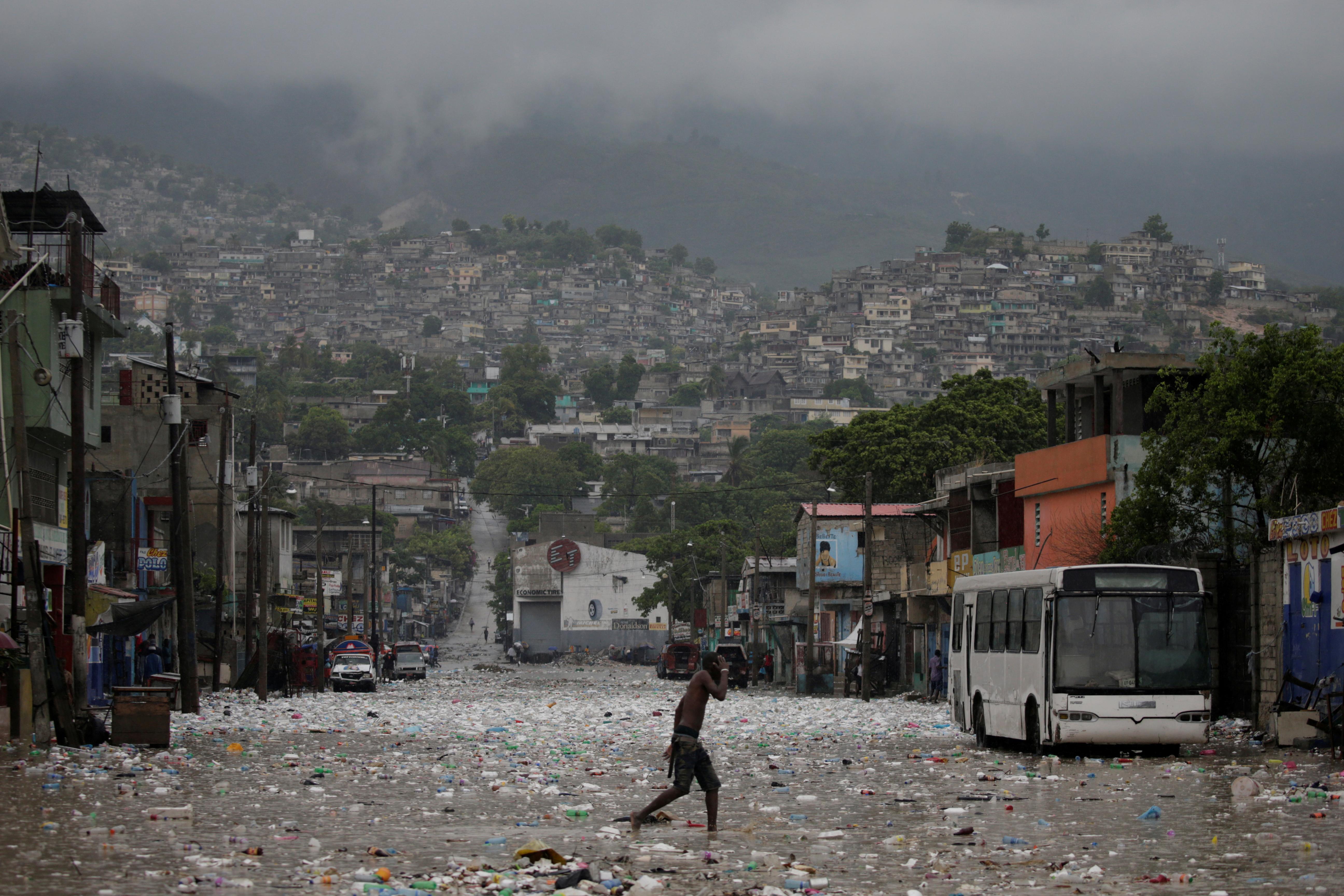 In Grand Isle, at Louisiana’s southern tip, authorities were placing sandbags to bolster its protective levy while energy companies continued to pull workers from offshore platforms and shut down oil production.

Equinor has finished evacuating its Titan oil-production platform in the U.S. Gulf of Mexico and shut-in oil production at the facility, a spokesman said on Sunday. BHP Group Plc also shut and evacuated its Shenzi and Neptune oil platforms, a spokeswoman said.