Mr Trump has taken a tough line against China over the imposition of the Hong Kong security law but Washington could adopt an even more hawkish approach to Beijing if Mr Biden wins the election. Speaking to Express.co.uk, professor Scott Lucas from the University of Birmingham, insisted the Democrat will not be afraid to challenge Beijing over its actions in Hong Kong and treatment of Uighur Muslims. He said: “You will see a very firm line from Biden because the American military is concerned about China as a regional military power.

“China is clearly presenting itself as an economic alternative to US-led markets.

“But at the same time, Biden won’t do it with a trade war.”

The US and China have seen relations fall to crisis levels following the creation of the law, the build-up of arms in the South China Sea and the treatment of ethnic minorities in Xinjiang.

In the South China Sea, there has been a huge build-up of naval arms as Beijing institutes its ‘nine-dash line’ policy. 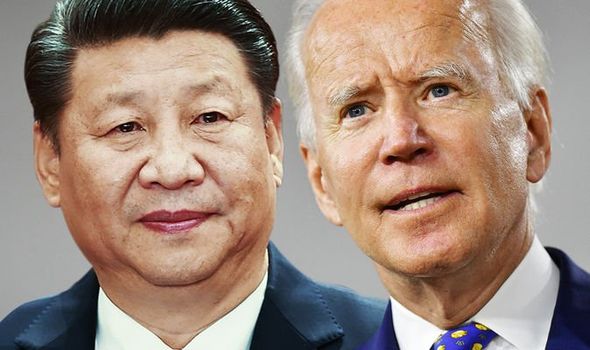 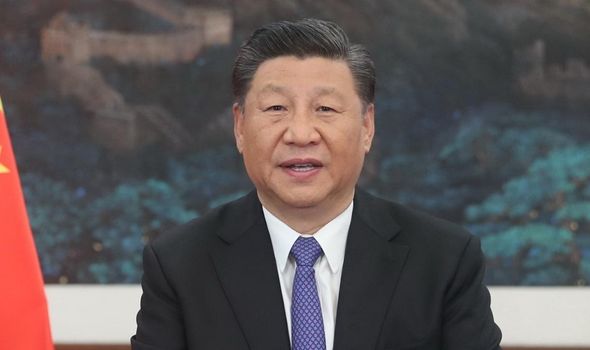 Under the policy, Beijing has claimed any territory or island chain within the region.

Although the region has seen tensions skyrocket, Prof Lucas claimed it will be the domestic policies which may force the future President’s hand.

He added: “On South China Sea, China will not push it there. Their priority is economic right now.

“In doesn’t benefit China to get into a military standoff. 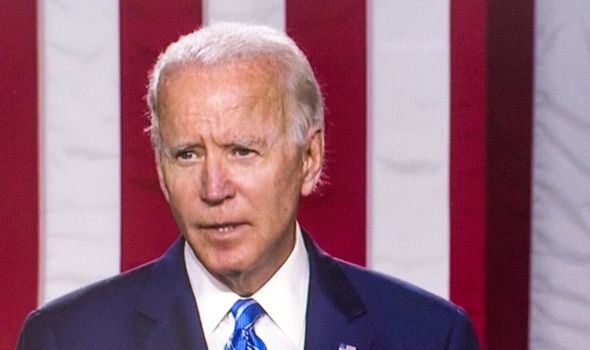 “Domestically, China can do what it wants in Hong Kong and Trump won’t care.

“Pompeo and Trump aren’t concerned what happens within countries but the Democrats are.”

The security law has been condemned as a serious infringement to the democratic rights guaranteed by the UK-Sino agreement.

Signed in 1984 and maintained after China regained sovereignty over the region in 1997, the declaration guaranteed the high-level of autonomy in Hong Kong. 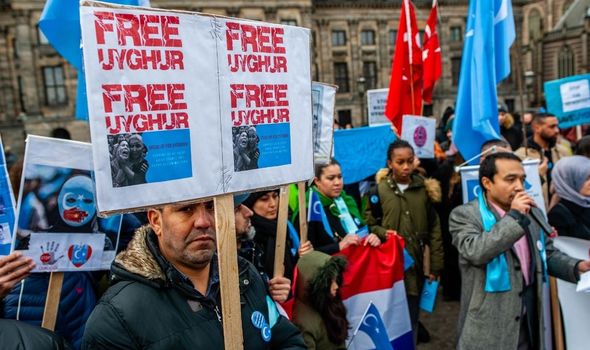 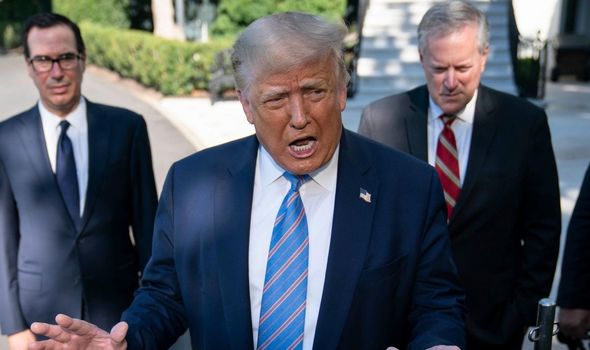 The law, however, allows China to exercise extensive power in Hong Kong and can class any acts against the state as terrorism.

Washington has also imposed sanctions on members of the ruling Communist Party over their treatment of the Uighur ethnic minority group.

Earlier this month, US Secretary of State Mike Pompeo said: “The United States will not stand idly by as the Communist carries out human rights abuses targeting Uighurs, ethnic Kazakhs and members of other minority groups in Xinjiang.”

China has been accused of sending the minority group from the north-eastern province to internment camps.

Despite the widespread criticism of Beijing over the treatment of the Uighurs, the US and China signed a deal calming trade frictions earlier this year. 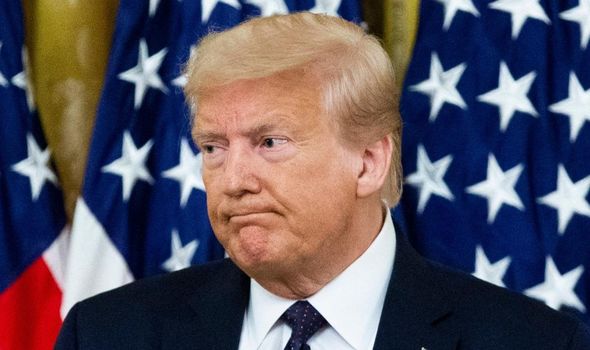 Already, the Democratic nominee has vowed to take a strong stance on the situation in Xinjiang while also accusing China of acting with impunity in Hong Kong.

In polling by the Financial Times, the Democrat nominee is expected to beat his Republican rival by 308 sears to 128 if the election were to be held today.