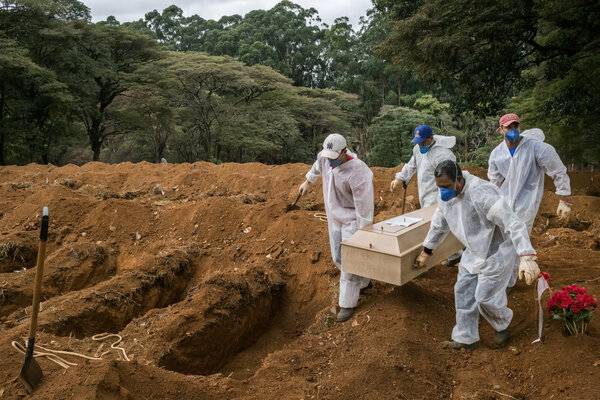 The world’s known coronavirus death toll passed four million on Thursday, a loss roughly equivalent to the population of Los Angeles, according to the Center for Systems Science and Engineering at Johns Hopkins University.

It took nine months for the virus to claim one million lives, and the pace has quickened since then. The second million were lost in three and a half months, the third in three months, and the fourth in about two and a half months. The number of daily reported deaths has declined recently.

Those are officially reported figures, which are widely believed to undercount pandemic-related deaths.

“The numbers may not tell the complete story, and yet they’re still really staggering numbers globally,” said Jennifer B. Nuzzo, an epidemiologist at Johns Hopkins University’s Bloomberg School of Public Health.

Ms. Nuzzo said the number of excess deaths reported around the world suggested that “lower-income countries have been much harder hit than their official numbers would suggest.”