BANGKOK (Reuters) – Thailand ordered security stepped up at its land borders on Monday after concerns surged over a possible second wave of coronavirus infections, following the arrests of thousands of illegal migrants in the past month. 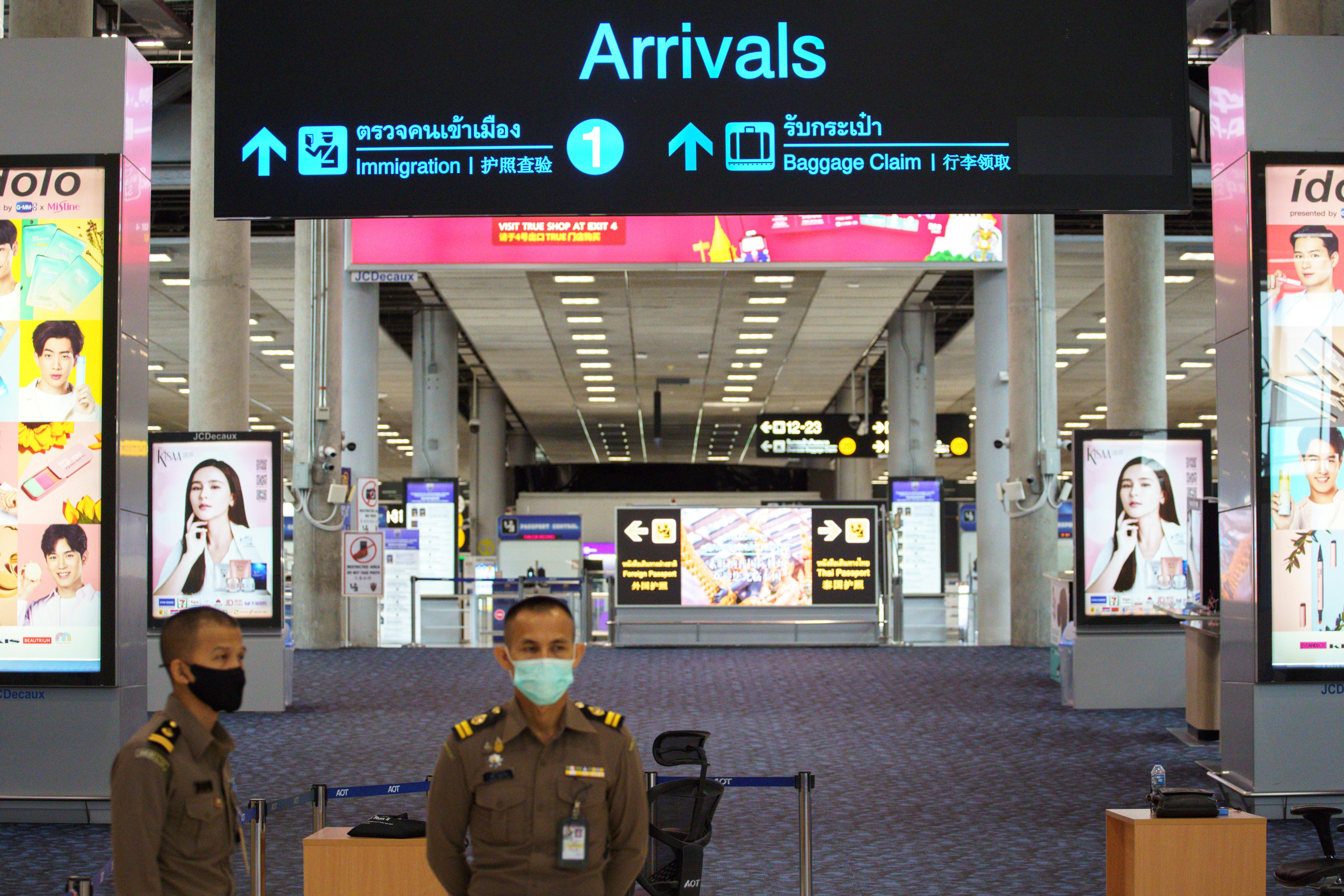 Since the start of June, authorities have arrested 3,000 migrant workers for overland entry attempts, said Taweesin Wisanuyothin, a spokesman for Thailand’s task force on the disease.

Taweesin also raised concern about weak regulation for foreign arrivals by air, after two such visitors tested positive, with one breaking quarantine rules.

The government identified a 43-year-old crewman of an Egyptian military plane and a nine-year-old girl in the family of a Sudanese diplomat as the new cases that could potentially trigger a second wave.

“This exposes a weakness, but there is no damage yet if we can control and correct this weakness and issue more thorough regulation,” said Taweesin.

With no locally transmitted case reported for more than six weeks, Thailand’s virus tally since January stands at 3,220 infections and 58 deaths.

Air crew and the families of foreign diplomats are among the few groups of foreigners allowed into the country since March, on condition of spending 14 days in quarantine.

The Egyptian arrived on Wednesday and spent time in the eastern province of Rayong before leaving on Saturday. After a virus test came back positive on Sunday, authorities found he had left the hotel where he was supposed to stay in isolation.

The Sudanese girl was hospitalised on arrival in Thailand, but her family was allowed to self-quarantine in its Bangkok condominium with no official supervision. There were no reports that the family had left the residence.

Although Thailand has partly lifted its entry ban on foreigners, including permanent residents, business travellers and medical tourists, it still bars ordinary tourists and migrant workers.