PARIS (Reuters) – The French government was under fire on Wednesday over its free-for-all COVID-19 testing policy as queues snaked out of some testing centres in Paris and at sites across the country amid a flare-up in infections. 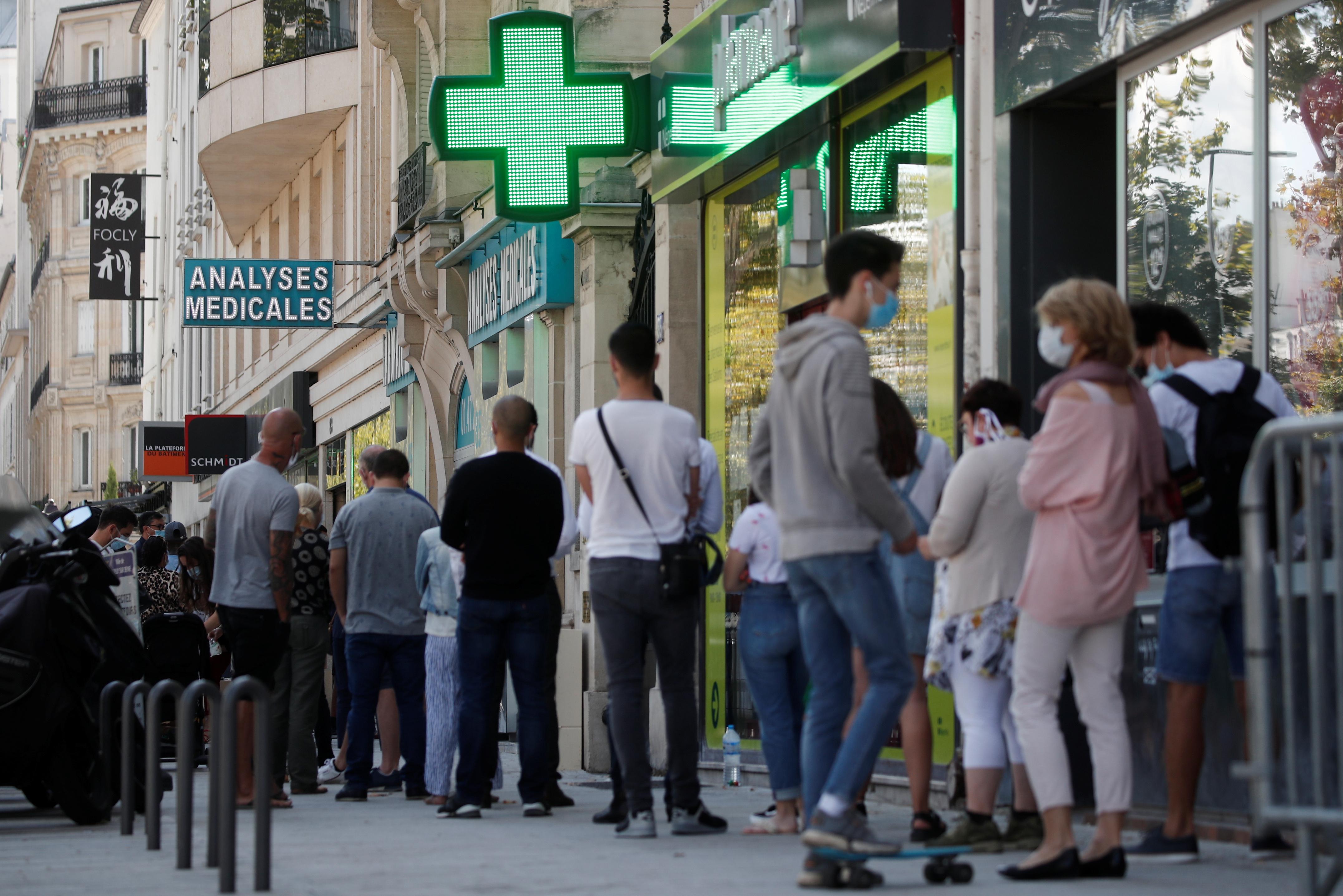 One leading federation of laboratories said an abrupt July 25 decree to make testing free-of-charge and without prescription piled pressure on at a time many staff go on holiday. Political opponents lampooned a policy in disarray.

“Testing anyone achieves nothing. You have to be targeted,” epidemiologist Didier Pittet, who heads a government-appointed task force monitoring the handling of COVID-19, told Europe 1 radio.

France, like many of its European neighbours, is witnessing a mushrooming of new coronavirus clusters.

The number of COVID-19 patients in intensive care rose for the second straight day on Tuesday, reversing a 16-week downward trend. The disease has killed more than 30,000 people in France.

France is now testing some 576,000 people per week, an Health Ministry spokesman told Reuters on Wednesday, compared with 200,000 when President Emmanuel Macron began easing one of Europe’s strictest lockdowns.

The strategy is working, health minister Olivier Veran said over the weekend. “The virus is no longer tracking us, we are tracking it,” he told Le Parisien.

The ministry’s spokesman acknowledged “localized problems” but was adamant that France had chosen the right strategy.

But Lionel Barrand, who heads the Syndicat National des Jeunes Biologistes federation, said the open testing strategy amounted to hunting for a needle in a haystack and put laboratories under strain.

“The government threw sand in our wheels. It sent a lot of people to labs without prior warning,” Barrand told Reuters.

Frustrated by the reluctance of some laboratories to invest in the manpower and operational changes needed to conduct testing, the government had considered requisitioning some of them, one government official said.