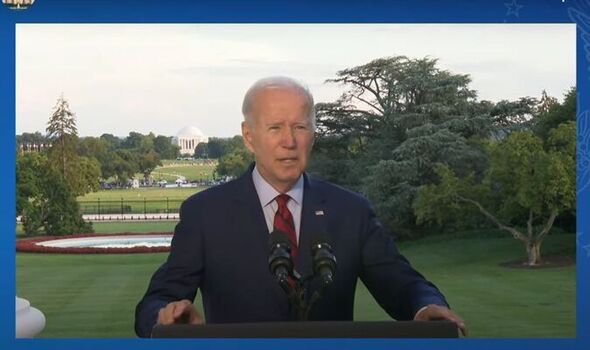 The 46th President gave his address at 7.30pm EST (12.30am BST) in which he confirmed earlier reports that Al-Zawahiri had been killed by a US drone strike in Afghanistan.

Al-Zawahiri took over as leader of the terrorist group after Osama Bin Laden was taken out by US forces in 2011.

President Biden began by saying: “My fellow Americans, on Saturday, at my direction, the United States successfully concluded an airstrike in Kabul, Afghanistan that killed the Emir of Al Qaeda, Ayman Al-Zawahiri.