Makhlouf says government forces arrested his employees amid pressure for him to step down from his business empire. 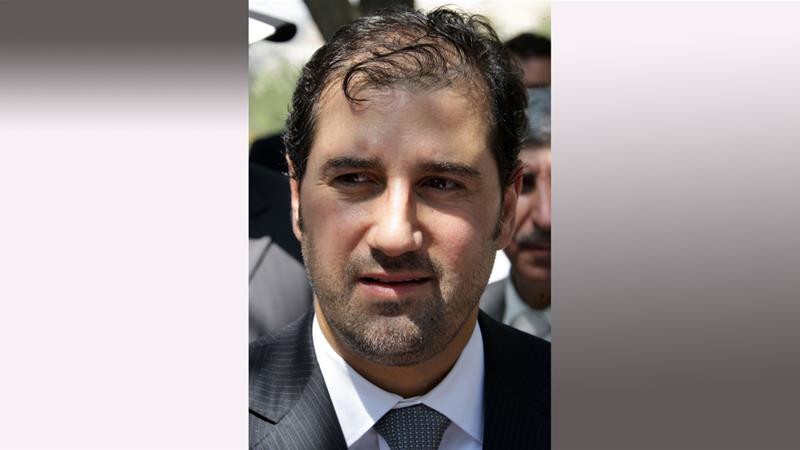 Sanctions-hit Syrian tycoon Rami Makhlouf said security forces were arresting employees at his companies “in an inhumane way” amid pressure on him to step down from his business empire and pay millions of dollars in tax.

Makhlouf, a cousin of President Bashar al-Assad and widely considered part of the president’s inner circle, has a business empire that ranges from telecoms and real estate to construction and oil trading. He played a big role in financing Assad’s war effort, Western officials have said.

“Today pressures began in unacceptable ways and the security forces, in an inhumane way, are arresting our employees,” Makhlouf said on Sunday in a video in an unprecedented attack on the powerful security forces by one of the country’s most influential figures.

“Mr President (Assad), the security forces have started attacking people’s freedoms. These are your loyal supporters … The situation is dangerous and by God, if we continue, the situation of the country will be very difficult,” Makhlouf said.

Makhlouf said in the video he had been asked to step down from his companies, including Syriatel, the main mobile operator and main source of revenue for the sanctions-hit government.

“I have been asked today to step down from my companies and take instructions while I close my eyes. Authority is not given to put pressure on people to give in,” he said.

“Did anyone expect the security forces would pounce on Rami Makhlouf’s companies who were their biggest supporters and their patron during the war?”

He said he would not bow to pressure to hand over his wealth.

The billionaire has been under US sanctions since 2008 for what Washington calls public corruption and it has since toughened measures against top businessmen who are close to him.

The European Union has also slapped sanctions on Makhlouf since the Syrian conflict began in 2011, accusing him of bankrolling Assad.

Makhlouf became a hated figure to many pro-democracy protesters who rose up against corruption and the authoritarian rule of Assad in March 2011.

Makhlouf, who belongs to Assad’s Alawite minority sect that holds political power in Syria, owes his fortune to Assad and was seen by many Syrian businessmen and others as a frontman for the president and other members of the ruling family.

The tycoon was rumoured in private business circles last year to have fallen out of favour with Assad. But until a first video he released on Thursday, he had kept out of the spotlight.

In Thursday’s video, Makhlouf lashed out at his critics who accuse him of monopolising sectors of the economy through political patronage, saying his businesses and a charity arm had provided thousands of jobs for Syrians.

He said he would appeal to Assad to allow Syriatel to reschedule the payment of taxes. He said the government’s demand for 130 billion Syrian pounds ($300 million) was “unjust” but that he would comply.

Makhlouf said in Sunday’s video that he would not bow to pressure to hand over his wealth to powerful rivals, whom he did not name.

“This is an attack on private property. What I already have is something I cannot give up,” he said defiantly.