DAMASCUS/BEIRUT (Reuters) – Syria held a parliamentary election on Sunday, gripped by a collapsing economy and new U.S. sanctions after President Bashar al-Assad clawed back control of most of the country. 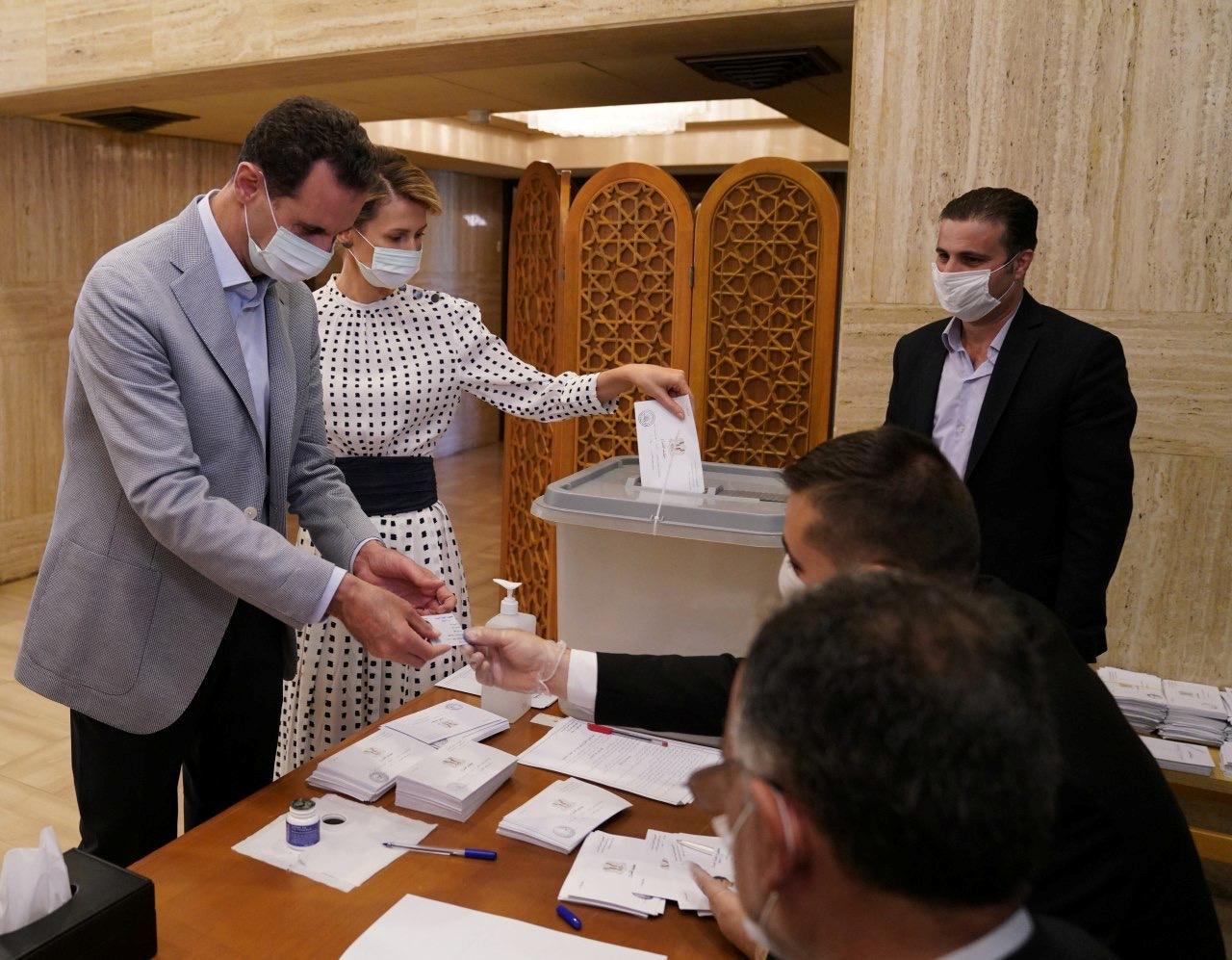 People voted across government territory at more than 7,000 polling stations, including for the first time in former rebel bastions that the army has recaptured over the last two years.

Assad’s opponents denounced the vote as a farce, nearly a decade into a war that has killed hundreds of thousands of people and made millions refugees.

The elections, originally set for April, were postponed twice due to the coronavirus pandemic. At a polling station in the capital Damascus, many voters – who were disinfected upon arrival – said they were worried about the rising costs of living.

“We have to find a solution for the living conditions,” said Samer Mahmoud, who owns a clothing shop.

“God willing, I hope we overcome these sanctions,” said Mouna Sukkar after casting her ballot.

More than 1,600 candidates, many prominent businessmen, were competing for 250 MP seats in the third such election since the conflict erupted in 2011. No surprises were expected in the vote that marked Assad’s second decade in power, with no real opposition to the ruling Baath party and its allies.

The Syrian National Coalition, an opposition bloc based in Turkey that had Western backing, called it a “theatrical election by the Assad regime” with millions uprooted or in exile.

In the town of Douma, in the eastern suburbs of Damascus where a fierce army offensive snuffed out insurgents in 2018, candidate banners hung in front of piles of rubble, collapsed rooftops and buildings pockmarked with bullets.

Dozens of people crowded a polling station where a portrait of a smiling Assad covered a wall.

“I came to vote…because we want to live in safety and for the rising prices to go down. There’s a big turnout,” said Ziad, a resident who fled and returned some two years ago. In 2016, when the town was rocked by fighting, he had cast his ballot in Damascus.

The town was the site of a suspected poison gas attack that killed dozens of people in 2018 and prompted Western missile strikes. Damascus and Moscow denied any chemical attack took place.

Thanks to help from Russia and Iran, Assad holds more of Syria than at any time in the war, with the northeast in Kurdish hands, and rebels now confined to a northwest corner near the Turkish border.

But the battered economy is sinking deeper into trouble, hit also by a financial meltdown in Lebanon that choked off dollars and the toughest U.S. sanctions yet imposed last month.

Washington says the goal is to hold Assad to account. Damascus blames them for the hardship, as soaring prices and a fall in the value of the currency makes life harder for Syrians.