Three people have been killed in Greece after a rare “medicane” storm flooded areas in the centre of the country.

A man’s body was found under a collapsed roof near Karditsa, said the Athens News Agency, a day after Storm Ianos flooded houses and swamped fields and roads.

On Saturday, an elderly woman was also found dead in a flooded house in Farsala, and a 63-year-old shepherd was swept away and killed – also in Karditsa. 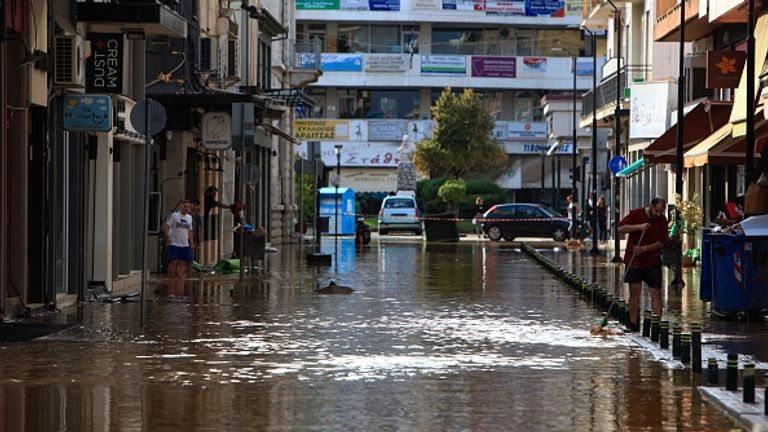 A search was ongoing for another missing woman.

High winds and torrential rain swamped the Karditsa area – one of Greece’s biggest plains – around 125 miles (200km) north of Athens, before moving south on Saturday night to cause more flooding in Crete.

Pictures from near Karditsa showed a medical centre partially collapsed into a swollen river and farmers wading waist-deep to save their animals. 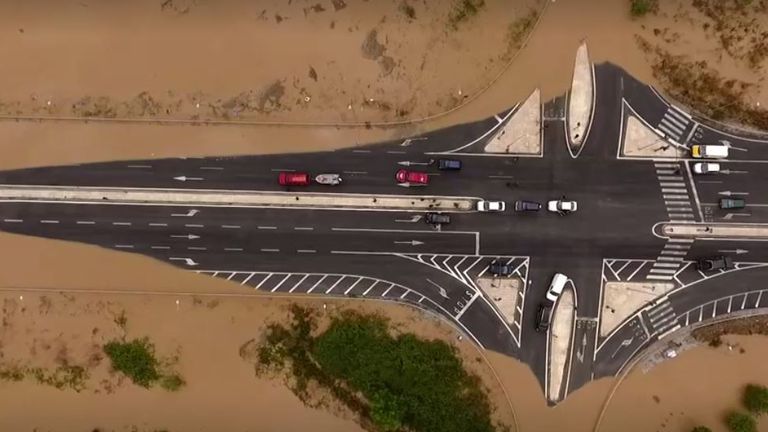 The storm also brought down trees and sunk boats in the Ionian islands on Friday, battering normally idyllic beaches in places such as Zakynthos and Kefalonia and sparking a state of emergency as power was cut.

A clean-up is now under way in Karditsa, where an estimated 5,000 houses were flooded.

Prime Minister Kyriakos Mitsotakis is expected to visit the area in the coming days and has promised economic help. 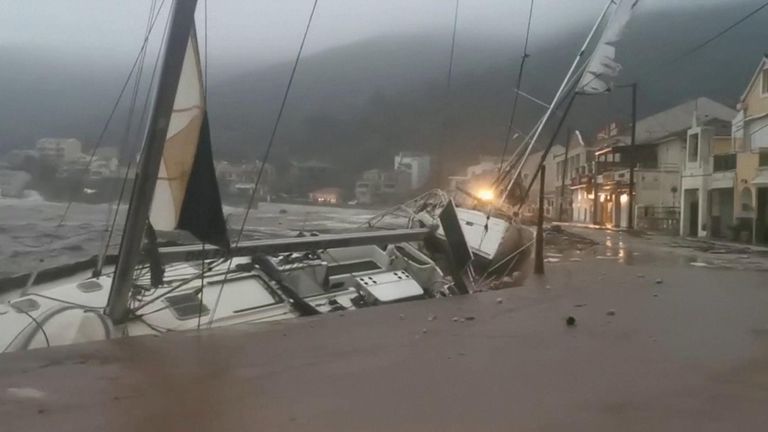 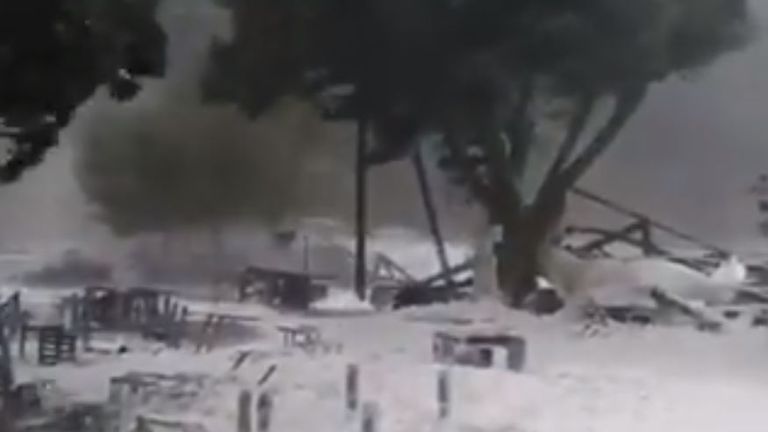 Greek authorities said they received around 2,500 emergency calls during the storm.

A medicane is a hybrid phenomenon with “some characteristics of a tropical cyclone and others of a mid-latitude storm”, according to the UN’s World Meteorological Organization.

They have strong winds spinning around a central core and torrential rain, but are smaller in diameter than hurricanes and don’t last as long – typically 24 to 48 hours.

Such storms first appeared in Greece in 1995 and, while far less common than hurricanes, have become more frequent in recent years.