George Takei, 83, best known for his role as Hikaru Sulu in the science-fiction show ‘Star Trek’. But away from acting, the TV star has regularly spoken out about the horrific abuse suffered by Japanese people in the US during World War 2. At five years old, his family along with more than 117,000 others with Japanese heritage – including some from Canada and South America – were taken to internment camps. US President Franklin D Roosevelt signed-off on Order 9066 shortly after the bombing of Pearl Harbour in 1941, which formally brought the nation into the war. It ordered the imprisonment of anyone with Japanese heritage out of fear that they would betray the US. Victory over Japan Day (VJ Day) marks its 75th Anniversary this weekend, the date when the nation surrendered and conflict officially ended. While many will celebrate this landmark event by remembering the sacrifices made for the world we have today, others might remember history differently.

Takei boldly stated that his family “were and are Americans” who had “nothing to do with the war” when they were packed into crowded trains and transported to one of 10 internment camps in the US.

His family were taken to a prison in the “swamps of Arkansas” because they “simply happened to look like the people who bombed Pearl Harbour”.

He said: “Without charges, without trial, without due process – the fundamental pillar of our justice system we were rounded up.”

The actor’s parents were both born in the US, his father from San Francisco and mother from Sacramento – they tried to console their children by lying that they were going on a family holiday.

At the time “hysteria ran throughout the country” and some politicians campaigned with lines including “Get the J**s out”.

Takei recalled leaving home in a train with “armed soldiers” at either end and that they were “forced to draw the curtains” as they travelled through towns – because they were “not supposed to be seen by the people”. 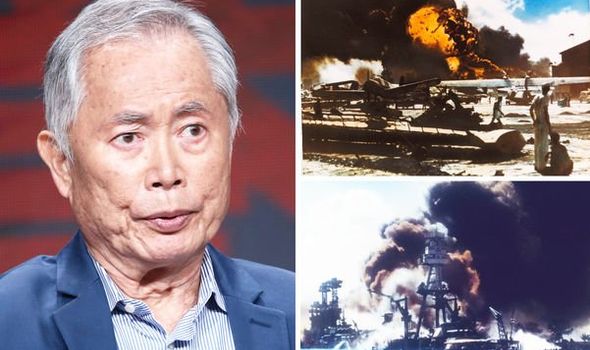 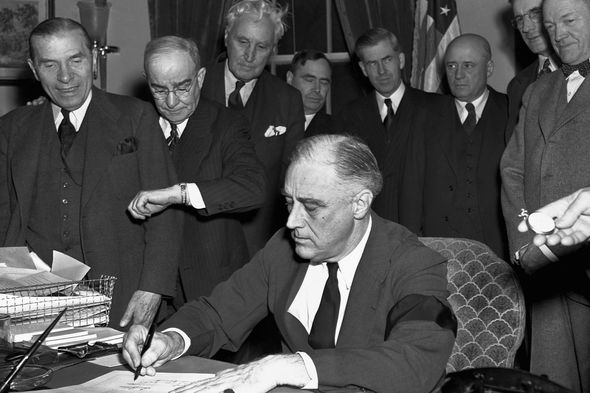 He said: “We saw people crying and we thought, ‘Why are they crying? Daddy said we are going on a vacation?’ We were innocent children.

“When we arrived in the swamps of Arkansas there were these barbed wire fences and sentry towers.

“But children are amazingly adaptable, so the barbed wire fence became no more intimidating than a chain link fence around a school playground and the sentry towers were just part of the landscape.”

The revelations were made to Democracy Now in 2014 but one tragic memory of the ordeal felt more damning to him in later life.

He said: “At school we began every day with the pledge of allegiance to the flag. 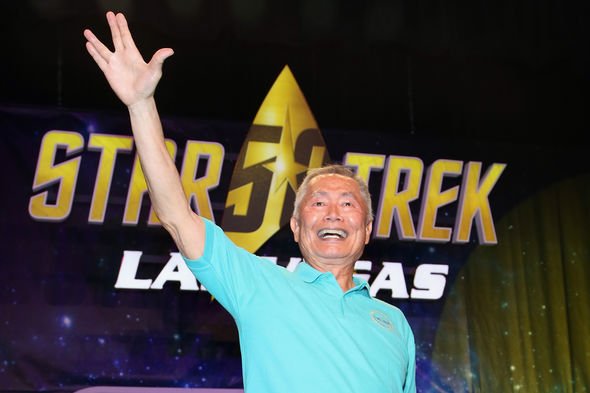 “I could see the barbed wire fence and the sentry towers right outside my schoolhouse windows as I recited the words ‘With liberty and justice for all’ – an innocent child unaware of the irony.”

Once released from incarceration, his family were given “a one-way ticket to anywhere in the US plus 20 dollars”.

His parents decided to return to the West Coast but struggled to find a way to rebuild their lives in California due to prejudices fueled by the war and anti-immigrant sentiment.

“My father’s first job was as a dishwasher in a Chinatown restaurant, only other Asians would hire us and our first home was on Skid Row [in Downtown Los Angeles].

“The stench of urine was everywhere, the scary, smelly, ugly people lined-up leaning on brick walls, they would stagger around and barf right in front of us.

“We adjusted to that and coming home was a horrific, traumatic experience for us kids.”