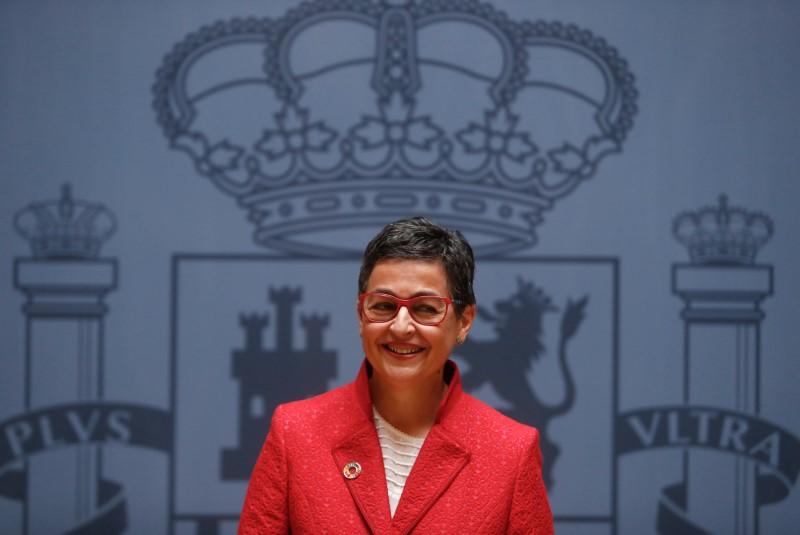 MADRID (Reuters) – Spain on Tuesday urged its European Union partners to set up common rules, including potential health checks for passengers, to open borders and reestablish freedom of travel in the Schengen Area as national coronavirus lockdowns are phased out.

“We have to work with our European partners to define the common rules that will allow us retake freedom of movement on European territory,” Foreign Minister Arancha Gonzalez said on Cadena Ser radio station.

Even though EU countries have set different dates for reopening borders, there must be common principles and rules throughout the Schengen Area to open internal borders and set up rules for external borders, she said.

In a discussion paper submitted by Spain to a Future of Europe consultation process between EU member states, Madrid also called for the monitoring of tourists’ health via individual checks as part of a common EU-wide procedure.

“It would be appropriate to consider, in coordination with UNWTO and WHO, options for health checks, either upon the purchase of tickets or at the airport itself, should the results of those checks be available within a reasonable timeframe,” read the document, seen by Reuters.

“The definition of a safe and operational passenger transit system is key to restoring the normality of tourist flows in a sustainable manner,” it said.

A diplomatic source told Reuters that one of the options being considered was to test passengers before boarding.

Spain on Monday urged foreign holidaymakers to return from July as it eases one of Europe’s strictest lockdowns.