Officials in Hanoi have ordered provincial authorities to support Vietnamese fishermen at sea, sparking fears of a potential escalation in the troubled region after China vowed to detain anyone who failed to observe the moratorium. A defiant statement from Vietnam’s Ministry of Agriculture and Rural Development rejected the ban as “invalid”.

It directed provinces and cities to encourage fishermen to continue with their activities within the country’s territorial waters.

And it ordered local authorities to “strengthen the management and supervision of fishing activities” and monitor fishermen’s departure during the period of the ban.

The ministry also directed provincial authorities to support fishermen at sea and said an emergency hotline would be set up with the Department of Fisheries Control.

Satellite images show Vietnamese fishing vessels continuing to operate in the area covered by the fishing ban which Beijing announced  on May 1. 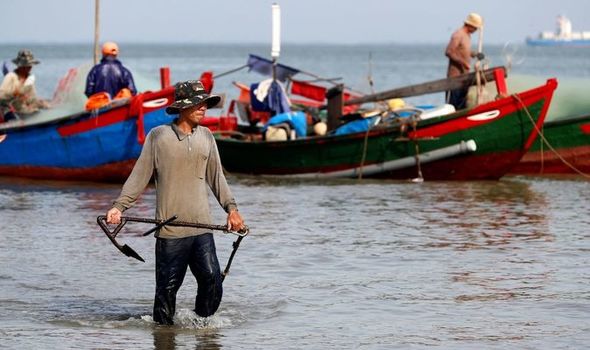 The annual moratorium outlaws all fishing activity in an area of the South China Sea over which it claims full jurisdiction.

Fisheries associations from both Vietnam and the Philippines immediately called for their governments to intervene.

China insists it has “sovereign rights and jurisdiction over relevant waters” in the South China Sea and said the ban was lawful, even in disputed areas.

Foreign Ministry spokesman Zhao Lijian said: “Vietnam has no right to make unwarranted accusations against China, not to mention encouraging its fishermen to infringe upon China’s rights and interests and undermining the sustainable development of fishery resources in the South China Sea.” 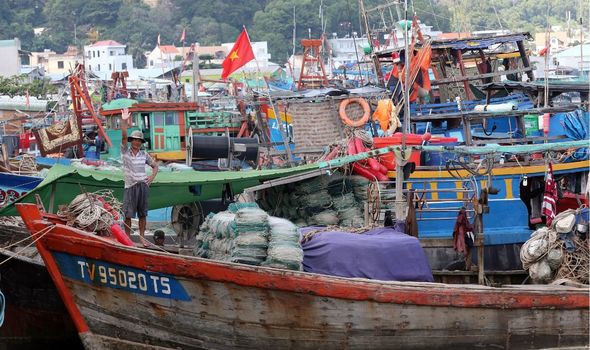 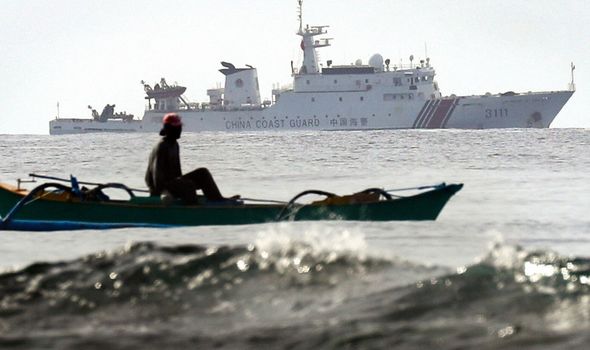 China claims the ban is meant to promote sustainable practices in its territorial waters.

But critics were quick to point out the country had rarely showed any interest in environmental concerns before and claimed the ban was simply another way of stamping its authority on the area which is also claimed by Vietnam, Taiwan, the Philippines and Malaysia.

Hunter Stires from US Naval War College’s John B. Hattendorf Centre for Maritime Historical Research, said its purpose was to create a “closed, unfree, and Sino-centric” order in the South China Sea.

He said: “To make its draconian vision a reality, China is working to impose its will and its own domestic laws on other countries’ fishermen and local Southeast Asian civilian mariners throughout the South China Sea.

“The fishing ban covers an area that is flagrantly beyond China’s lawful jurisdiction and deep within its neighbours’ exclusive economic zones.” 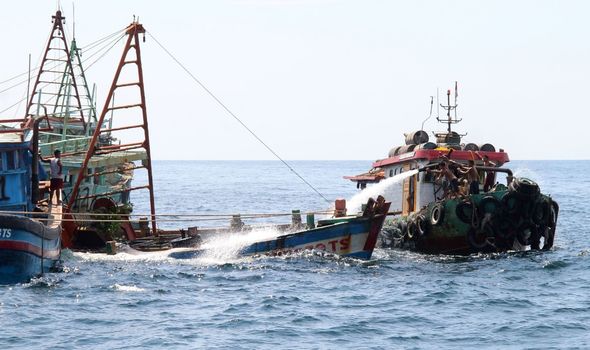 In early April, a Vietnamese fishing vessel sank during a confrontation with a Chinese Coast Guard ship near the Paracels, prompting a strong protest from Hanoi and stiff criticism from the US which accused China of exploiting the COVID-19 pandemic to expand its “unlawful claims” in the South China Sea.

China claims that the Vietnamese boat sank itself after ramming a coast guard vessel.