The Met Office has issued swathes of weather warnings for the UK today (Thursday, January 28) and on Friday. Several areas in Scotland and northern England are under yellow snow warnings today, while others areas have been issued yellow rain warnings. Follow Express.co.uk for the latest snow updates. All times below in GMT.

Between 4am on Thursday and 9am on Friday most of Scotland is under a yellow snow warning, with the Met Office warning as much as 20cm, or eight inches, of snow could accumulate.

The Met Office warning states: “A band of snowfall will push northeast into this region during the early hours of Thursday and become slow-moving before clearing during Friday morning.

“Snow may fall to lower elevations for a time with some locations seeing several cm by Friday morning.

“Above 200m elevation significant and prolonged snowfall is possible throughout Thursday before easing on Friday morning with the potential for 15-20cm to accumulate which may lead to transport disruption.” 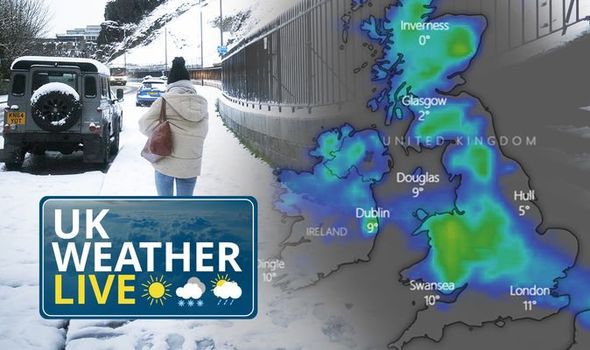 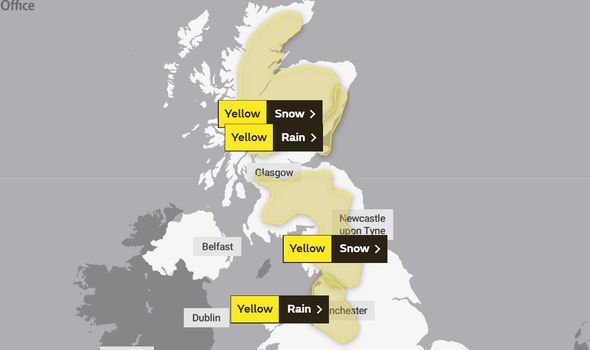 Between 4am and 3pm on Thursday, a Met Office yellow snow warning has also been issued for parts of southern Scotland and northern England.

The Met Office warns: “A band of rain will move north on Thursday and turn to snow over high ground.

“Snow is likely to low levels at times, but will mostly settle over higher ground above 200m with 2-5cm likely quite widely, while some places above 300m may see 10-15cm.

“Less cold air following the snow could lead to some thawing and localised surface water flooding on a few roads.”

A yellow rain warning has also been issued for parts of north-west England until 11.59pm on Thursday night. 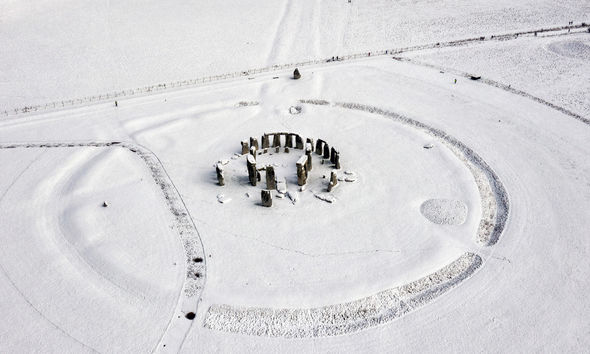 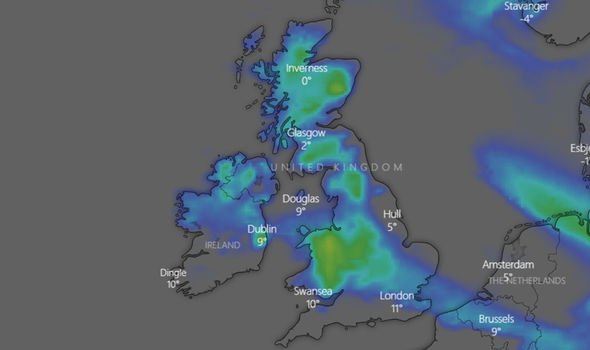 9.23am update: What is the Met Office forecast today?

The Met Office is forecasting rain and some snow across the UK on Thursday.

The Met Office general UK forecast states: “Cloudy with rain and hill snow for much of Scotland and northern England today.

“Most other regions seeing some early rain before becoming drier later.

“Rain then returns to Northern Ireland, Wales and southwest England later. Mild in the south.”