LJUBLJANA (Reuters) – Thousands of cyclists took over streets in the centre of the Slovenian capital Ljubljana on Friday evening to protest against the government of Prime Minister Janez Jansa and the restrictions it has imposed to fight the coronavirus. 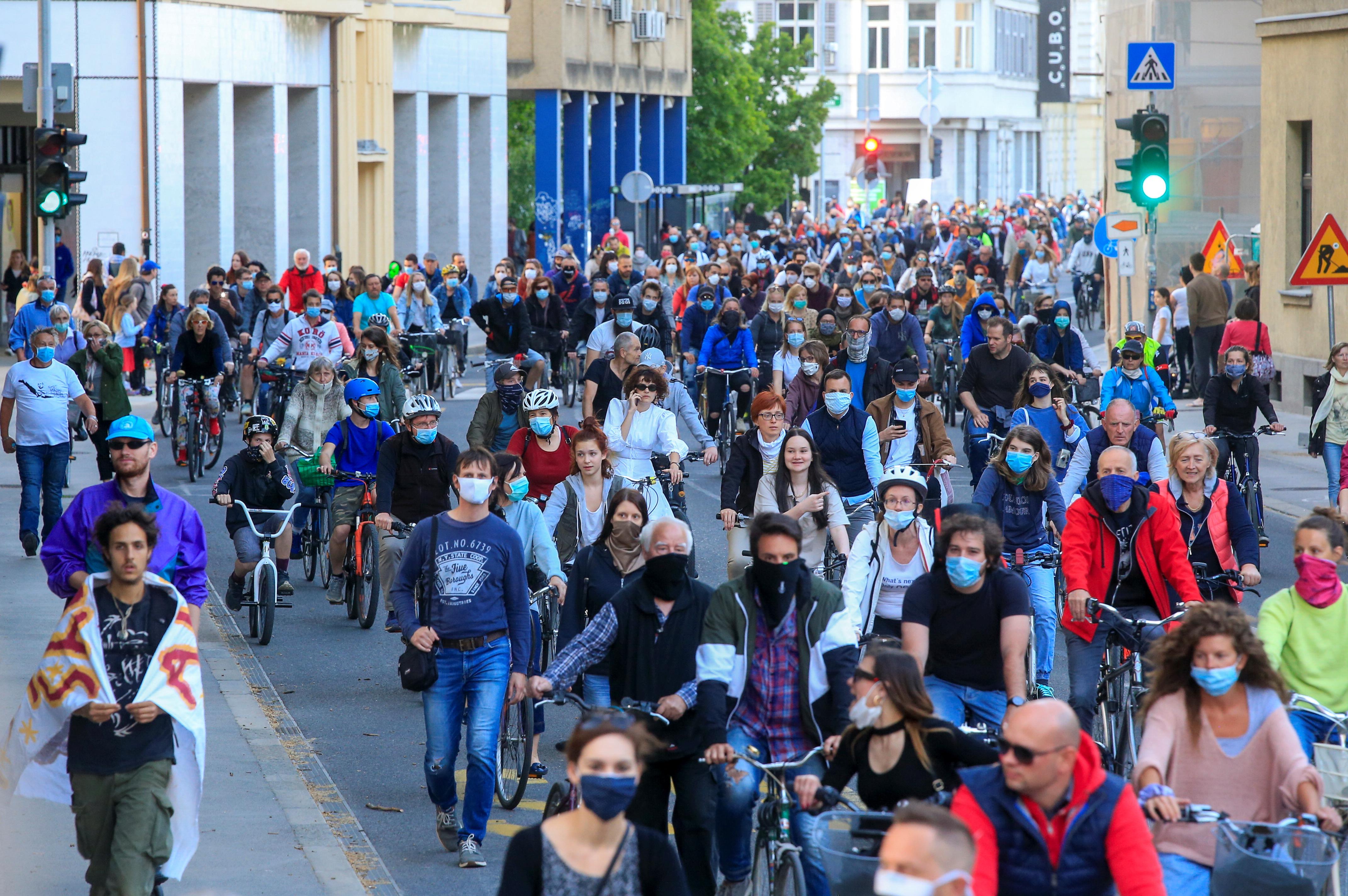 The government has denied wrongdoing.

The centre-right government took over after the previous centre-left administration resigned because it lacked sufficient support in parliament. [nL8N2B67HI]

The protest, organised by civil society groups, was the largest in recent weeks. Cyclists staged a smaller demonstration in Maribor, Slovenia’s second city, on Friday.

“I want this government to go. They are taking away our future,” said a young protester who did not want to give her name for fear of being fined for breaking rules against public gatherings during the epidemic.

Police fenced off parliament while a police helicopter flew above the protesters.

“We call upon people to respect decrees aimed at protecting public health,” police said. They gave no immediate estimate of the number of protesters but reported no violence.

Slovenia imposed a wide-ranging lockdown in mid-March. So far it has confirmed 1,450 coronavirus cases and 100 deaths.

The government started lifting restrictions on April 20 when car service centres and some shops reopened, while bars and restaurants have been allowed to serve food outdoors since Monday.

Next week, public transport will resume gradually and some pupils will return to school on May 18.

People must still wear face masks in indoor public places and stand at least 1.5 meters apart in any public space.

The government has set aside 3 billion euros ($3.25 billion) to help citizens and companies hit by the coronavirus. [nL8N2BQ7K3]

Slovenia’s economy is expected to contract by about 8% this year although the fall could exceed 15% if lockdown measures last longer than expected, according to the government’s UMAR macroeconomic institute. [nL8N2CN85X]