WASHINGTON (Reuters) – Serbia and Kosovo have agreed to normalize economic ties, U.S. President Donald Trump said on Friday, hailing what he called a “major breakthrough” more than a decade after Kosovo declared independence from Serbia in 2008. 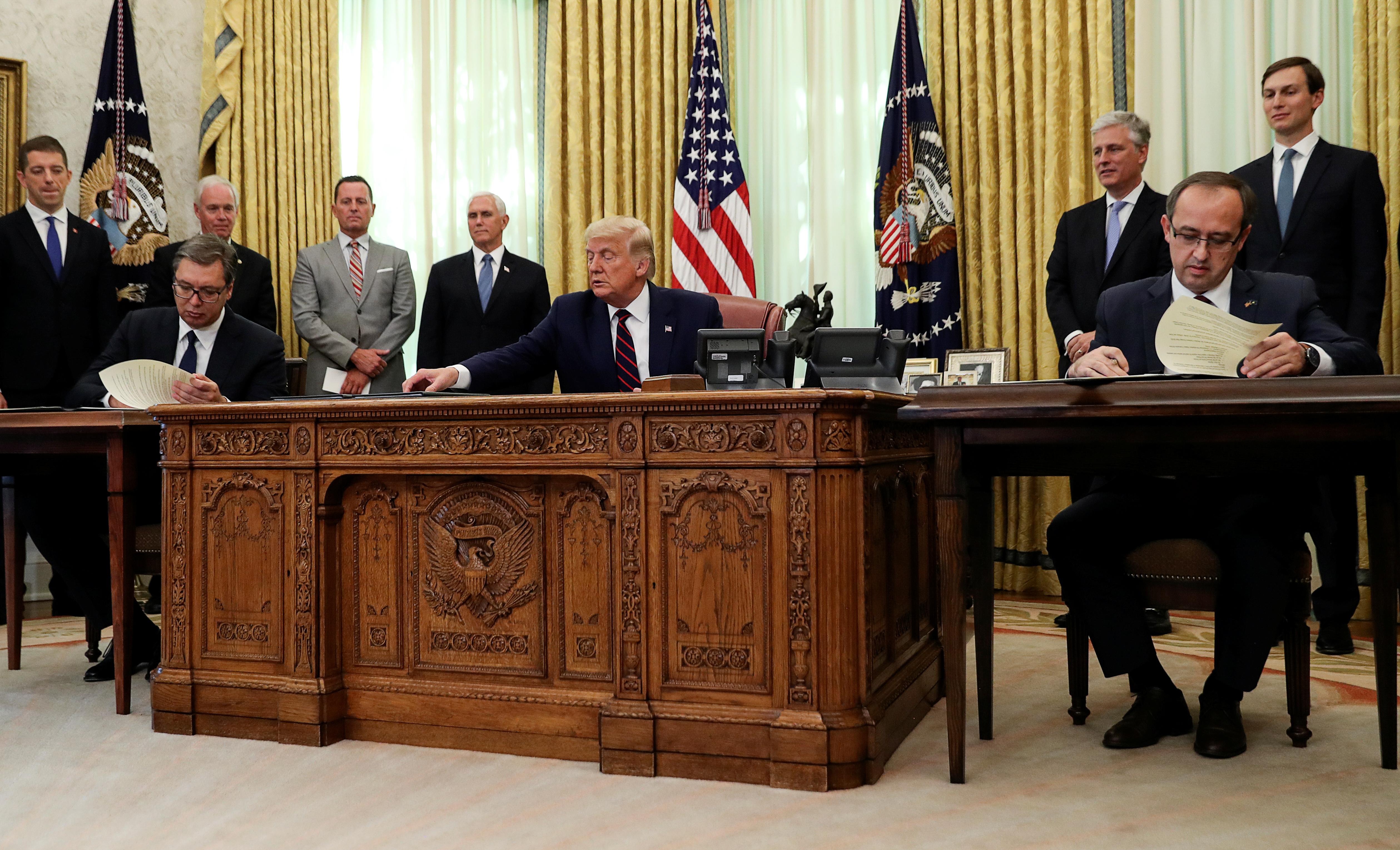 Trump, speaking in the Oval Office with the leaders of both countries, said Serbia had also committed to moving its embassy to Jerusalem, and Kosovo and Israel had agreed to normalize ties and establish diplomatic relations.

Serbian President Aleksander Vucic told reporters there were still many differences between Serbia and the breakaway province, but said Friday’s agreement marked a huge step forward.

“Serbia and Kosovo have each committed to economic normalization,” Trump said. “By focusing on job creation and economic growth, the two countries were able to reach a major breakthrough.”

The announcement came after two days of high-level talks among the leaders and senior Trump aides, and follows close on the heels of last month’s historic agreement between Israel and the United Arab Emirates to normalize ties.

Ethnic Albanian-majority Kosovo declared independence from Serbia in 2008 after a NATO-led bombing campaign to curtail ethnic warfare. Serbia, backed by its large Slavic and Orthodox Christian ally Russia, does not recognise Kosovo’s independence, a precondition for Belgrade’s future membership in the European Union.

National Security Adviser Robert O’Brien, who participated in the meetings, said the agreement on expanding economic ties could pave the way for political solutions in the future.

A top EU official on Monday said EU-led negotiations, which broke down in 2018 but resumed in July, could lead to a deal within months.

The U.S. talks were previously set for June but delayed after Kosovo President Hashim Thaci was indicted for alleged war crimes during the 1998-99 guerrilla uprising against Serbian rule and its aftermath. He has denied the charges.