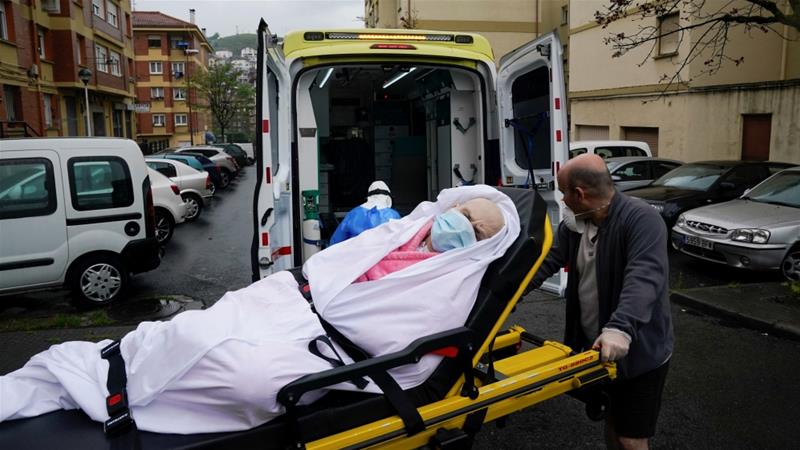 Spain’s government will seek to extend its coronavirus state of emergency for the last time until late June, Prime Minister Pedro Sanchez has said, as the country’s daily death toll reached a near eight-week low.

“The Spanish government will ask parliament to approve a new extension of the state of emergency … it would be the last state of emergency and would continue until the end of the rollback,” Sanchez said in a televised address on Saturday.

“For that reason … instead of being a 15-day [extension], it will be for about a month,” he added.

The lockdown was first declared on March 14 to slow the spread of the virus in Spain.

Officials say while the outbreak has been brought largely under control, restrictions must stay in place longer as the lockdown is gradually phased out.

Sanchez said if Spain had followed a “herd immunity” strategy – allowing the virus to freely circulate to let the population develop mass immunity – deaths and infections could have been vastly higher.

“If we had taken this path, the number of people infected could have been more than 30 million. And it could have cost the lives of around 300,000 people,” he said.

Renewed four times, the state of emergency has let the government impose some of the world’s tightest restrictions on Spain’s nearly 47 million population, although it has since begun a cautious rollback.

Since May 11, half of Spain’s population has experienced an easing of the restrictions, with cafe terraces reopening and people allowed to meet in groups of up to 10 people.

And by Monday, three-quarters of the population will be able to enjoy such freedoms although these measures have not yet been rolled out in the worst-hit areas such as the Madrid region and Barcelona.

The government’s decision to keep Madrid in the so-called “preparatory phase zero” has provoked a backlash from the regional authorities who have accused the central government of playing politics and even threatened to take legal action.

Despite calls to restart the economy, with particular emphasis on tourism, which accounts for 12 percent of Spain’s GDP, Sanchez defended the government’s cautious approach.

“If we go too fast, and we make a wrong move, we could risk jeopardising the international credibility that has taken us decades to build up,” he said.

And Sanchez did not rule out a further appeal to the eurozone’s rescue fund, the European Stability Mechanism (ESM).

“If the Spanish government needs to use this, it will do so, ” he said.

The last time Sanchez’s government sought to extend the measure, he faced a wave of opposition from his right-wing opponents who pledged to block the move, although it was ultimately passed.