Ms Merkel has shrugged off the concerns of EU member states and the Biden administration in Washington by her to work closely with Moscow on one of the world’s largest energy infrastructure projects, the Nord Stream 2. She said: “We have many conflicts with Russia that unfortunately make our relationship difficult. But despite that, I’m always someone who says we must talk with one another.”

On Tuesday Russia’s foreign minister Sergey Lavrov launched a bitter attack on Germany for treating Moscow as though it were “a threat to European security”.

He said: “Groundless, and increasingly absurd accusations are being brought up against Moscow.

“The anti-Russian charge of some German media outlets is off the charts. 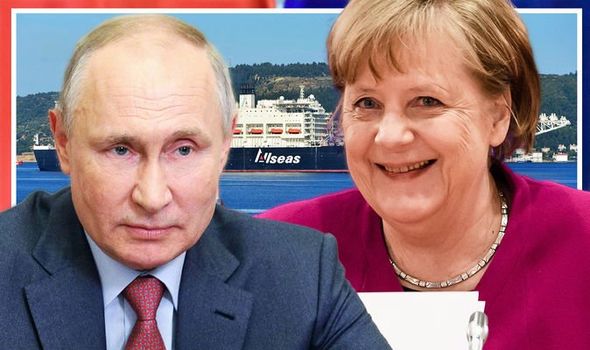 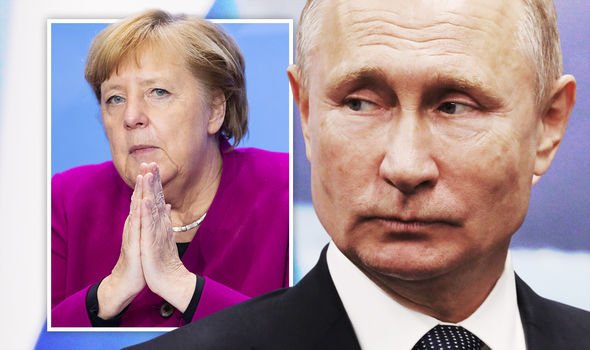 “As a result of all this, a deficit of trust is increasing.

“There is a dangerous erosion of the very foundation of our ties is underway.”

Mr Lavrov added that Russian-German relations had been going through a complex period, especially amid controversy over the construction of the Nord Stream 2 pipeline.

However, many opponents of the scheme argue that this will compromise Europe’s energy self-sufficiency and give Mr Putin useful leverage in future geopolitical negotiations.

Speaking to the New Yorker magazine one senior German official spoke about the close, but complex, relationship between Ms Merkel and the Russian leader.

The official said: “She has a way of talking to Putin that nobody has.”

Addressing the Potsdam Meetings forum on Tuesday, Russian foreign minister Sergey Lavrov then said: “Unfortunately, the challenges facing all of us have not yet led to the unification of the international community. 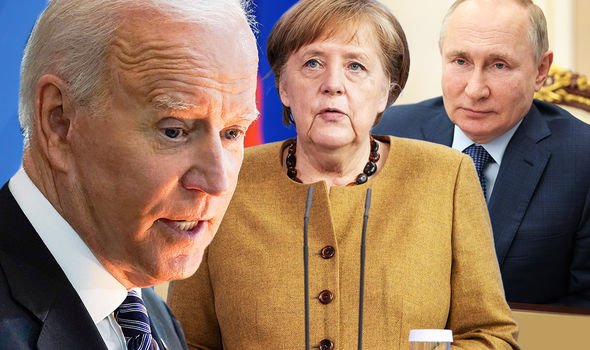 “One has to state that Berlin has only reinforced its line towards the systemic containment of Russia.”

The Russian foreign minister complained that during the coronavirus pandemic Berlin had made moves to strengthen its policy of systemic containment of Moscow.

Mr Lavrov then attempted to allay fears there would be any escalating conflict between Russia and Germany.

He said: “We are doing everything necessary for the protection of national interests.

“In the relations with Germany, we stand for developing a positive agenda on the widest range of issues.”