NEW YORK (Reuters) – Russia’s U.N. ambassador slammed the United States on Tuesday as “ridiculous” for arguing it was still a member of the Iran nuclear deal two years after it quit, so Washington could trigger a return of all United Nations sanctions on Tehran. 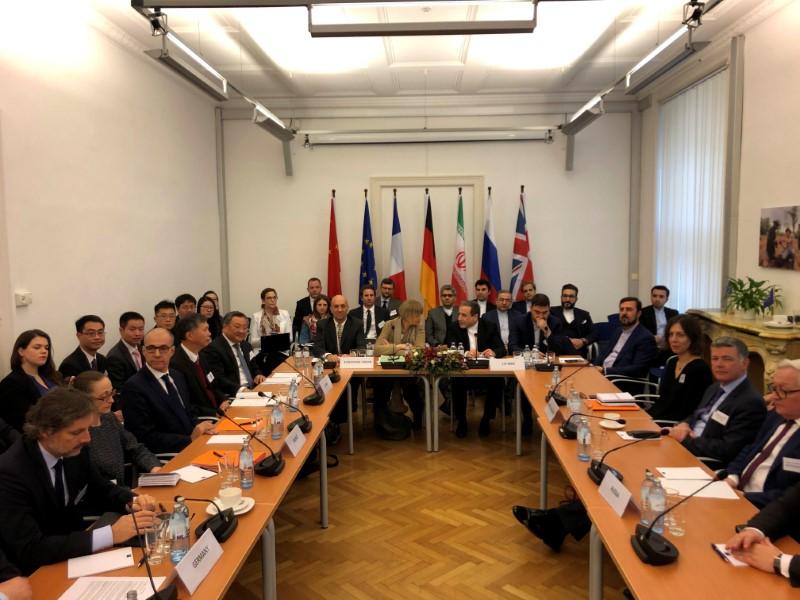 The United States, Russia, China, Germany, Britain and France in 2015 agreed to the deal with Iran that prevents Tehran from developing nuclear weapons in return for sanctions relief.

The U.N. Security Council enshrined the deal in a resolution that still names the United States as a participant, even though it left. U.S. President Donald Trump quit the agreement in 2018 and described the accord from Barack Obama’s presidency as “the worst deal ever.”

U.S. Secretary of State Mike Pompeo, however, said last month the language in the resolution was “unambiguous” and “the rights that accrue to participants in the U.N. Security Council resolution are fully available to all those participants.”

He was referring to the ability of a participant to the nuclear deal – known as the JCPOA – to trigger a so-called snapback of all U.N. sanctions on Iran.

“This is ridiculous,” Russia’s U.N. Ambassador Vassily Nebenzia told reporters. “They are not members, they have no right to trigger,” he said.

Diplomats say the United States would face a messy battle if it tries to trigger a return of sanctions, which includes an arms embargo on Iran. It was not immediately clear how or if a Security Council member could stop such a move.

Nebenzia said the United States should consider whether it would be worth it.

“Snapback will definitely be the end of the JCPOA … The most intrusive inspections of a country by the IAEA (International Atomic Energy Agency) will cease,” he warned. “Is it in the U.S. interests that it happens?”

The United States has raised with the European parties to the deal the possibility of restoring sanctions if it is unable to get the 15-member Security Council to stop an arms embargo on Iran from expiring in October.

A resolution to do so needs nine yes votes and no vetoes by Russia, China, the United States, France or Britain.

Asked if Russia would veto such a resolution, Nebenzia said: “I never answer questions before the right time comes, but you may make a wild guess … I do not see any reason why an arms embargo should be imposed on Iran.”