Russian pundit says men fleeing to Belarus will be 'apprehended'

The partial mobilisation of 300,000 additional troops has sent a wave of alarm across the Russian population as thousands attempted to flee the country. State-controlled media has since announced that the Kremlin has plans to trap civilians hoping to escape enlistment by crossing the few land borders that remain accessible to Russians. TV presenter Olga Skabeeva claimed “mobile military enlistment offices” would be installed close to border crossing points in a bid to capture men hoping to avoid conscription. In addition, Vadim Gigin, a Belarusian propagandist, claimed individuals hoping to avoid mobilisation by travelling to Belarus would be “promptly apprehended” and returned to Russia.

During a Russia One broadcast, renowned Kremlin media host Ms Skabeeva said: “There are some members of the public who run – let them run.

“The Defence Ministry said we won’t try to catch anyone.

“It has been announced that at the point of departure from the Russian Federation, for those attempting to cross the border into Georgia at the Lars checkpoint, a mobile military enlistment office will be rolled out.

“That’s for those who really want to get away.” 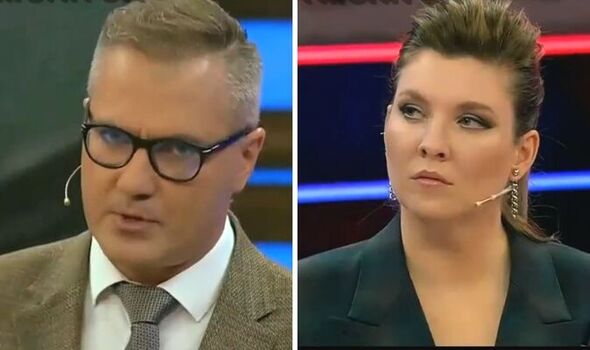 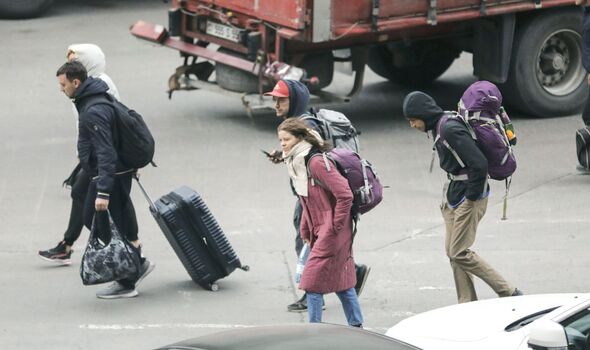 Mr Gigin, a Belarusian state TV host added: “The special military operation and mobilisation are tests, not only of patriotism, but also of humanity.

“Those who run, some of them are going to Belarus – I have good news for them.

“Belarus is a part of the Union State and those who run there from mobilisation will be promptly apprehended and returned to the territory of the Russian Federation.

“Our military enlistment offices work well, people working in them are educated and they will be able to enact necessary measures.” 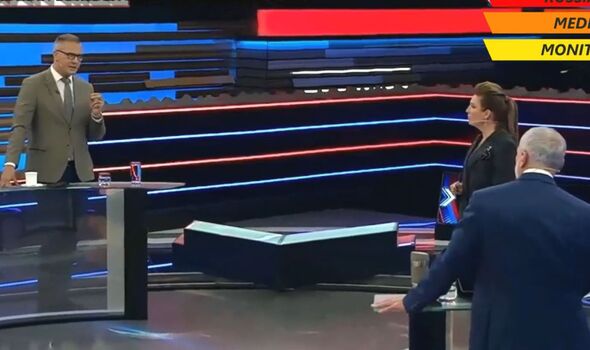 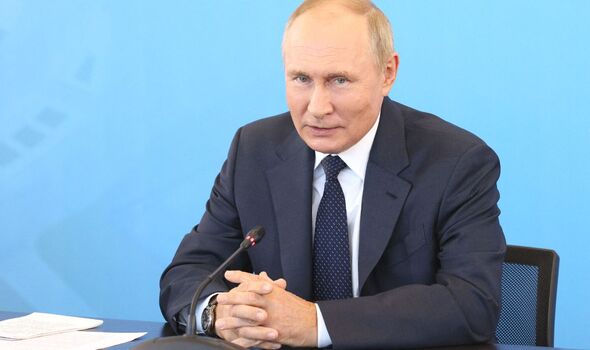 Vladimir Putin has acted to discourage evasion of the military call up by drastically strengthening sanctions against those who flee the order to mobilise.

The Russian President has signed a decree to double the prison term for those who attempt to avoid mandatory military duty from five years to 10.

In addition, Russian soldiers who voluntarily surrender to enemy forces could face up to 10 years imprisonment. The move comes as morale among Moscow’s troops is reported to be at a concerning new low.

Kremlin Defence Minister Sergei Shoigu announced the additional 300,000 troops would be drawn from those with prior combat experience, although reports have emerged of civilians with no previous military service having received orders to report for duty. 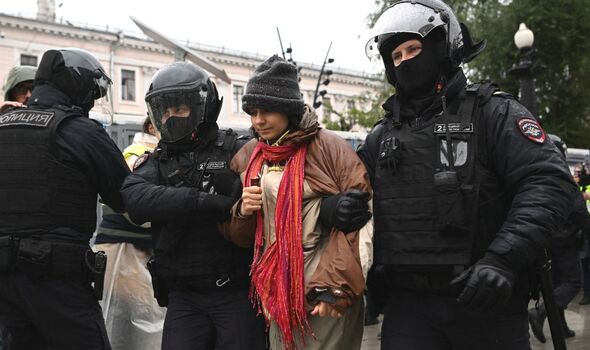 Following the mobilisation decree, demand for flights out of Russia spiked dramatically, with available routes quickly selling out and new tickets emerging at a heavily inflated price.

Thousands of Russians have fled to land borders in order to escape conscription. Reuters reported the estimated wait time for groups hoping to enter neighbouring Georgia had reached 48 hours with over 3,000 vehicles in the queue to cross the border.

Anti-war protests have also broken out in several major cities across Russia, resulting in over 2,400 arrests, according to independent human rights organisation OVD-Info.

The UK Ministry of Defence has reported an atmosphere of “significant unease” within Russia in wake of Vladimir Putin’s order to mobilise. An intelligence report claimed there was an “increasing domestic awareness of Russia’s recent battlefield setbacks” as the population’s perception of the Ukraine invasion has steadily shifted into concern.