LONDON (Reuters) – Fears of a second wave of COVID-19 infections grew on Friday with a record daily increase in India, warnings against complacency in Europe and word from half a dozen U.S. states that their hospital beds were filling up fast. 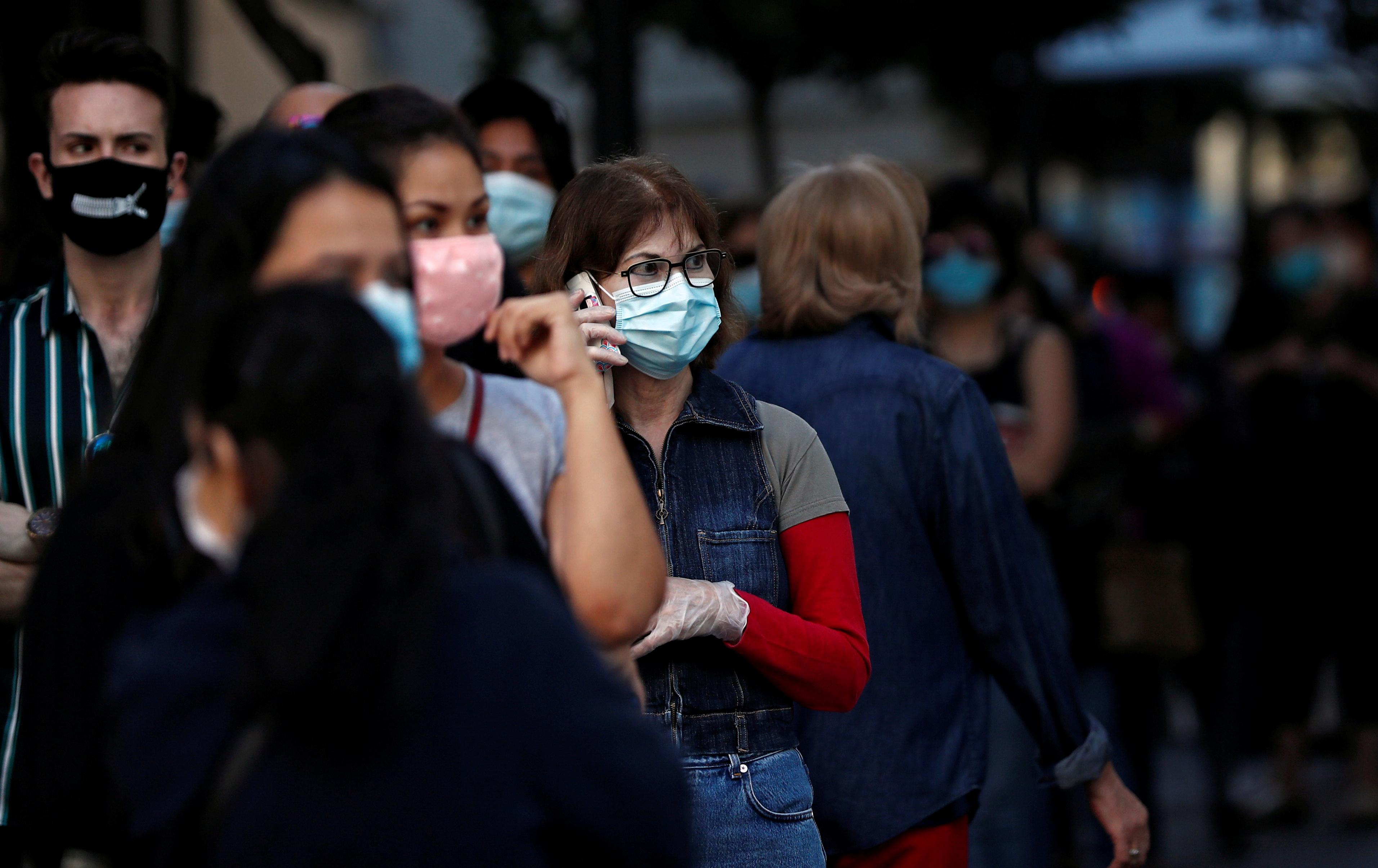 Health officials worldwide have expressed concerns in recent days that some countries grappling with the devastating economic impact of lockdowns may lift restrictions too swiftly, and that the coronavirus could spread during mass anti-racism protests.

Wall Street took its biggest dive in three months on Thursday on worries of a resurgence and on Friday, shares around the world extended a four-day losing streak.

In China, where the new coronavirus originated, two new cases of COVID-19, the disease it causes, were recorded in the capital, a day after the city government delayed plans for some students to return to school.

India opened most public transport, offices and malls this week after nearly 70 days even though health officials said it was weeks away from flattening the rising infection curve.

The health ministry said registered cases rose by 10,956 on Friday, a record, with many of them new in the cities of Delhi, Mumbai and Chennai. The official death toll, at 8,498, is relatively small, however.

Syed Ahmed Bukhari, the head of Delhi’s Jama Masjid, one of India’s biggest mosques, ordered a halt to congregations until the end of the month.

“What is the point of visiting mosques at a time when the virus is spreading so fast?” he said.

While new infections are slowing in most of Europe, health experts see a moderate to high risk that post-lockdown rises may warrant new restrictions.

“The initial wave of transmission has passed its peak in all countries apart from Poland and Sweden,” the European Centre for Disease Prevention and Control (ECDC) said, predicting a moderate acceleration across Europe in coming weeks.

“Such an increase, if not checked rapidly, may place healthcare systems under stress, as was seen in March and April in several EU/EEA countries and the UK.”

It did, however, note that governments now had control measures capable of checking and reversing upward trends within two to three weeks.

“This is not behind us yet. We need to be vigilant,” EU Health Commissioner Stella Kyriakides told EU health ministers, urging them to plough ahead with testing the population and tracing contacts as they gradually reopen business and borders.

In Belgium, the number of cases was about 1% higher than the previous week, but authorities said there was no reason to worry yet.

Andrea Ammon, director of the ECDC, stressed the importance of maintaining physical distancing, hand hygiene and what she called “respiratory etiquette”.

Officials have expressed concern that the virus could spread among the tens of thousands who have crowded together in Europe’s big cities to demonstrate against racism after the killing in the United States of George Floyd while in police custody.

“Mass events could be a major route of transmission,” said Martin Seychell, a health official at the EU Commission.

“We must also remember that, although the situation is improving here in Europe, globally it’s getting worse … We will continue to need global solidarity to defeat this pandemic fully.”

In about half a dozen U.S. states including Texas and Arizona, the number of coronavirus patients filling hospital beds is rising, fanning concerns there, too, that the reopening of the economy may unleash a second wave of infections. Alabama, Florida, North Carolina, South Carolina, Oregon, and Nebraska all had a record number of new cases on Thursday.

“I want the reopening to be successful,” Harris County Judge Lina Hidalgo, the top executive for the county that encompasses Houston, Texas, told reporters. “But I’m growing increasingly concerned that we may be approaching the precipice of a disaster.”

“We are starting to see very worrying signs about the course the pandemic is taking in cities and states in the U.S. and around the world,” he said. “When you start seeing those signs, you need to act fairly quickly.” 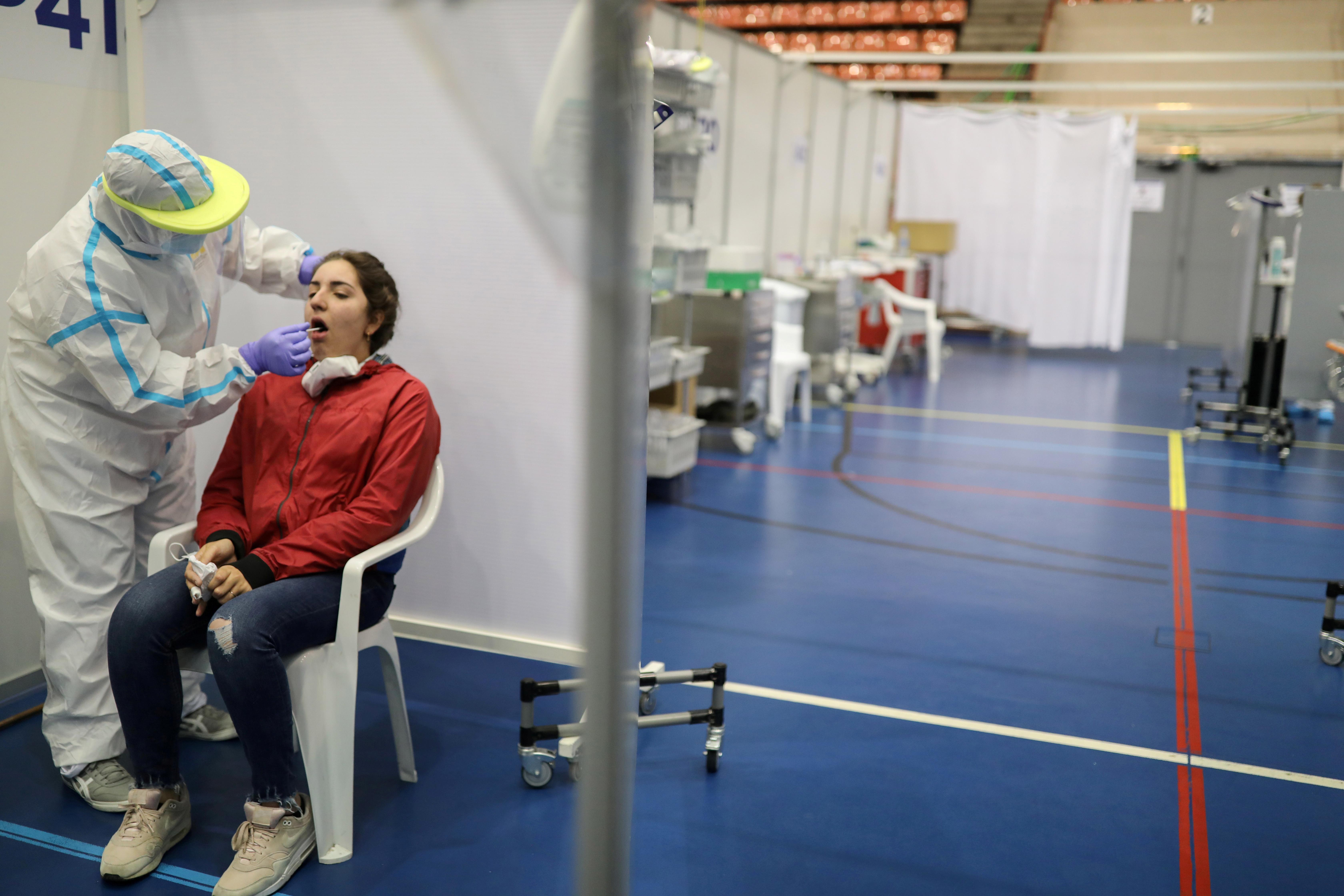 The United States has now recorded more than 113,000 coronavirus deaths, by far the most in the world. That figure could be over 200,000 by September, Ashish Jha, the head of Harvard’s Global Health Institute, told CNN.

Jha said the United States was the only major country to reopen without getting its case growth to a controlled level – defined as the rate of people testing positive for the coronavirus remaining at 5% or lower for at least 14 days.

A Reuters analysis shows that nationally, that figure has been between 4% and 7% in recent weeks.