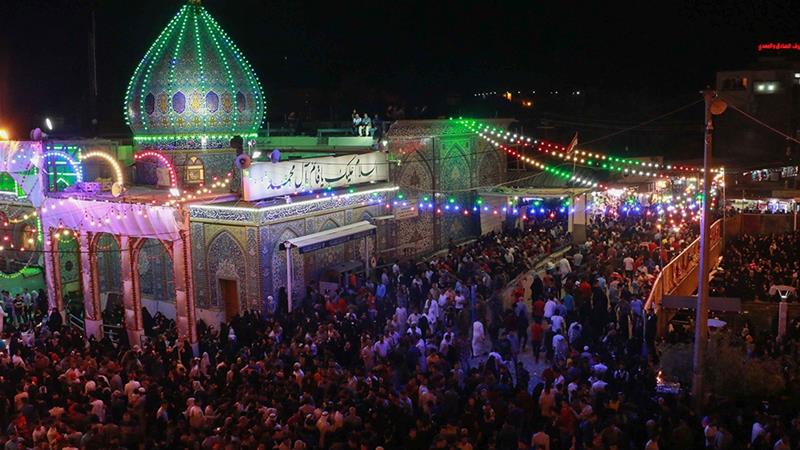 Every year, Iraq‘s holy city of Karbala witnesses the convergence of hundreds of thousands of pilgrims in the weeks leading up to the holy month of Ramadan as many Shia Muslims flock to its shrines to celebrate the annual Shaabaniya pilgrimage.

Coinciding with the 15th day of the Islamic month of Shaaban, the pilgrimage marks the birth of the ninth century and twelfth Shia Imam Muhammad al-Mahdi, a revered figure who Shia Muslims believe will return as a saviour to humanity.

The pilgrimage is among the most important visits for Shia Muslims along with Ashoura, which marks the day that Hussein bin Ali, the grandson of Prophet Muhammad, was killed in the Battle of Karbala and the Arbaeen, or 40 days of mourning, that follow.

But with more than 1,000 confirmed COVID-19 cases in the country and at least 64 deaths as a result of the virus, the pilgrimage will be scaled down this year. Iraqi authorities banned public gatherings, including religious visits, and urged people to stay home by imposing a nationwide curfew until April 19.

Many Iraqis have, therefore, opted to perform their visits to Karbala’s shrines remotely, using free-of-charge phone services, live streaming on websites and by following satellite television channels dedicated to facilitating the pilgrimage from afar.

In addition to the curfew, Iraq has imposed travel restrictions and shuttered shrines across the country to curb the spread of the virus. Iraq’s top Shia leader, Ayatollah Ali al-Sistani, declared weeks ago that the fight against COVID-19 was a “sacred duty”, calling on citizens to practice social distancing and avoid religious gatherings.

But only weeks ago, dozens of Shia pilgrims, mainly from among populist leader Muqtada al-Sadr’s followers, defied a weakly enforced curfew in order to visit the shrine of Imam Jaafar al-Khadim in Baghdad on the anniversary of his death.

To ensure stricter adherence this time, local and central authorities have issued several statements banning visits to Karbala ahead of the religious occasion.

“Our security forces are committed to enforcing the law. We’ve banned visits [to shrines]. Anyone who violates the curfew will be arrested, ” said Khaled al-Muhanna, spokesman for the Ministry of Interior, in a statement on April 1.

Karbala‘s governor, Nassif al-Khattabi, who closed off the city weeks ago, also urged pilgrims to stay home, declaring the Shaabaniya cancelled this year.

“Our decision is clear and final. We are cancelling the visit,” said al-Khattabi in a television statement last week.

“We deeply apologise for this, but Karbala is completely closed off. No one is allowed to enter, not even officials. We are in a battle against the coronavirus.”

Many regular pilgrims told Al Jazeera they welcomed the decision.

“We cannot risk our lives nor endanger others’ by insisting on religious gatherings. My friends and I agree with the cancellation of the pilgrimage, ” said Bilal Awwad, 27, from Iraq’s southern city of Nasiriya.

Fatima Adel, a university student from Karbala, agreed: “I fully support our governor’s decision. We need to limit the number of cases.”

Karbala’s police department on Tuesday said it deployed additional forces around the city to secure its entry points.

“We‘ve deployed three times the number of police on main and subsidiary roads around the city to prevent people from sneaking in,“ Alaa al-Ghanimi, spokesman for Karbala police, told Al Jazeera.

“As per the authorities, curfew violators will be arrested and can face up to a month in jail,“ he explained. Pilgrims usually perform the Shaabaniya by visiting the shrine of Imam Hussein in Karbala and reading select prayers and supplications at his grave.

But this year, many people told Al Jazeera they would perform their pilgrimage through virtual and other remote means because of the continuing coronavirus pandemic.

“The Shaabaniya means a lot to us and it‘s painful that we ‘ re unable to visit the shrines, but like Ayatollah Sistani said, it‘s our religious duty to abide by the law and safeguard ourselves and others, ” said Ahmed al-Okaishi, a Najaf resident and regular attendee at the annual pilgrimage.

“Instead of going this year, I will stay home and perform the rituals from my home along with my family using live-streaming and satellite TV channels, ” he told Al Jazeera.

Ghizwan al-Issawi, also from Najaf, said he would do the same.

“I will be abiding by the law and carrying out my visit through remote means,” al-Issawi told Al Jazeera. “I  encourage everyone to follow the  authorities’ instructions. I‘m sure God will be more accepting of our prayers this way.”

Sheikh Salar Ali, a Shia leader in Diala, explained that the concept of remote visits to shrines is accepted within Shia jurisprudence, and not unfamiliar among Iraq’s Shia majority.

“The Shaabaniyah can be performed remotely by carrying out the payers and supplications from one’s home.

“To feel more connected, people can use the call-in services on satellite channels to speak to the sheikhs at the shrines and follow the rituals virtually,” explained Sheikh Ali, adding he expected many regular visitors to opt for this.

“People have been longing to visit the shrines for weeks amid this crisis. Many will use virtual methods to perform their visits,” he said. 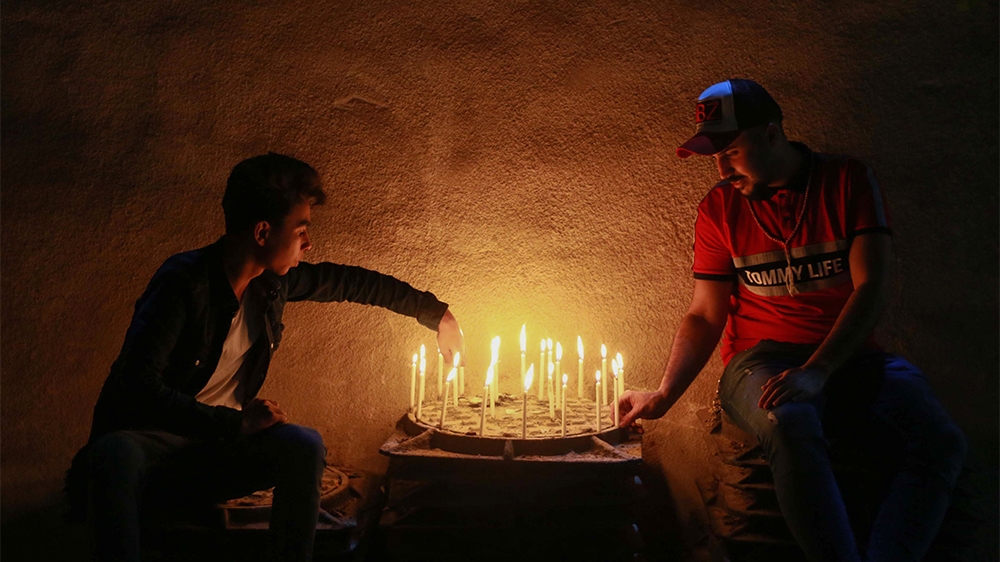 In order to facilitate the remote visits and in support of the government’s decision, authorities managing the shrines also urged people to stay home while they provide remote services.

Afdal al-Shami, assistant to the secretary-general of the al-Ataba al-Husseiniya, which manages the shrine of Imam Hussein, said many means have been set up for this purpose.

“The pilgrimage is not a religious obligation, but safeguarding everyone‘s safety and wellbeing is,“ al-Shami told Al Jazeera. “While the shrines are still open, there are clear instructions from local and central authorities banning any gatherings there.

Al-Shami explained that religious leaders will be present at the shrines to take people’s calls on phone numbers dedicated by the authority for call-in services. He added that live streaming from inside the shrines will also be present on its official website, and also broadcast on satellite television channels.

One of the main channels is Karbala TV, which has regularly broadcast the pilgrimage in previous years for people outside of Iraq and others who were unable to attend.

In a show of support for the authorities’ efforts, Iraq‘s media and communications commission said it donated free telephone services to the authorities at shrines in Karbala and other religious sites across Iraq to encourage people to call in during the crisis.

“For those who wished to attend the pilgrimage but remain committed to protecting everyone’s safety, we have dedicated free telephone services to facilitate remote visits,” said the commission in a statement on April 5.

Muhammad al-Asadi, an official at the commission, told Al Jazeera that authorities managing the shrines in Karbala had welcomed their initiative.

“These phone lines facilitate remote visits by providing free means of communication with the sheikhs at the shrines,” al-Asadi explained. “Even those who may not have afforded to make the call can now phone in.”

For Ali al-Shimmari, 26, from Baghdad, the remote visit will not feel the same, but he will do it anyway.

“This year the Shaabaniya will be different. We will definitely feel a void for not being in Karbala.

“But our priority is to avoid harm – and so remote visit it is,” he said.