LONDON (Reuters) – Queen Elizabeth led tributes to veterans of World War Two recalling the “never give up, never despair” message of Victory in Europe Day 75 years ago as the coronavirus damped commemorations for the end of the war on the continent.

In a rare televised address that brought together the themes of wartime and the coronavirus, the 94-year-old monarch said those who had served during the conflict with Nazi Germany would admire how their descendants were coping with the lockdown imposed to curb the spread of the virus.

“When I look at our country today and see what we are willing to do to protect and support one another, I say with pride, that we are still a nation those brave soldiers, sailors and airmen would recognise and admire,” she said.

On a day that should have been filled with parades and street parties, the national commemorations to herald the day when Allied forces accepted Germany’s unconditional surrender were scaled back after social gatherings were curbed to stop the spread of the coronavirus.

But flags and banners still fluttered across Britain, and people stuck at home due to the lockdown enjoyed a day of special television and radio programmes.

Britain paid tribute to the war generation with flypasts, a two-minute silence, and the broadcast of wartime Prime Minister Winston Churchill’s speech to mark the anniversary of victory in Europe.

In a short ceremony that had been kept secret to avert the possibility of any crowds gathering, Prince Charles wearing a kilt laid a wreath at the war memorial outside his family’s Balmoral estate in Scotland.

Households across Britain evoked the spirit of the 1940s, some dressing in period costume and hosting tea parties despite the coronavirus lockdown.

Prime Minister Boris Johnson invoked the “heroism of countless ordinary people” in his tribute to the millions of Britons who fought and lived through the war. 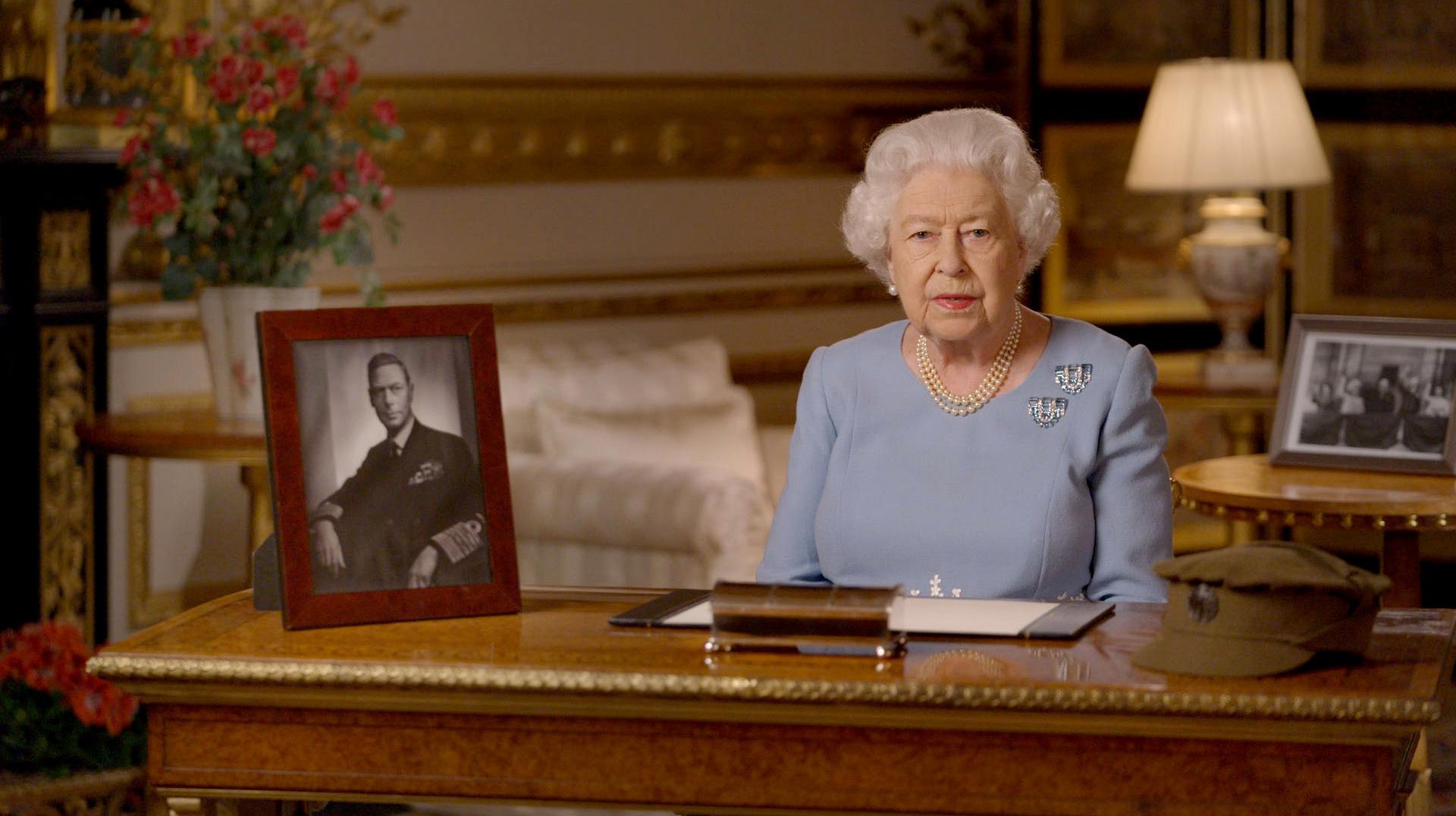 “Today we must celebrate their achievement, and we remember their sacrifice,” Johnson said in a national address. “We are a free people because of everything our veterans did – we offer our gratitude, our heartfelt thanks and our solemn pledge: you will always be remembered.”

There were commemorations too across the water in France, where President Emmanuel Macron held the traditional wreath-laying ceremony at the Tomb of the Unknown Soldier.

Russia’s President Vladimir Putin invoked the wartime Allies’ cooperation in telegrams to U.S. President Donald Trump, with Britain’s Johnson and others suggesting they should rekindle such togetherness for today’s problems.

In Germany – where Nazism, the Holocaust and the devastation of war still shape identity and politics – Chancellor Angela Merkel and President Frank-Walter Steinmeier laid wreaths at Berlin’s Memorial to the Victims of War and Dictatorship.

The address by Britain’s queen came exactly 75 years after her father George VI gave a victory speech over the radio to the nation.

Elizabeth, a teenager when the war broke out, learned to drive military trucks and be a mechanic while serving in the women’s Auxiliary Territorial Service. She was in Buckingham Palace when it was bombed in September 1940.

Since becoming queen 68 years ago, this was only the sixth time that the queen had made a special broadcast other than in her annual Christmas Day message, but her VE Day speech was the second such address since the coronavirus outbreak.

Last month, she invoked the spirit of World War Two, calling for the public to show the same resolve and echoing the words of the song “We’ll Meet Again” by Vera Lynn which became a symbol of hope for Britons during the conflict. 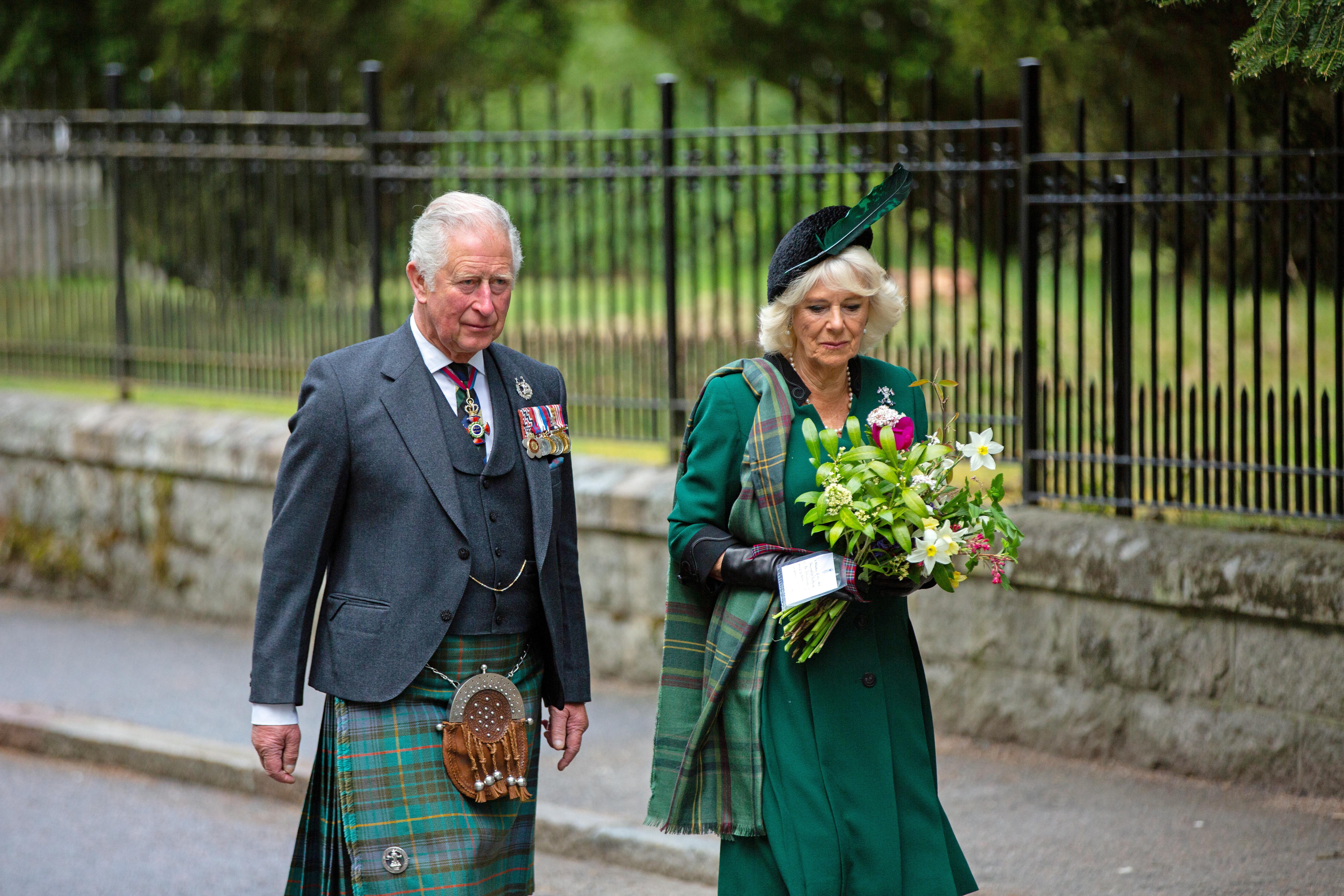 As part of Friday’s celebrations, after the queen’s address, Britons were encouraged to open their doors and join in a nationwide singalong of Lynn’s song.

The queen’s message to the nation spoke of how the outlook that seemed bleak at the start of the war may resonate with people today.

“The end distant, the outcome uncertain,” she said. “Never give up, never despair – that was the message of VE Day.”