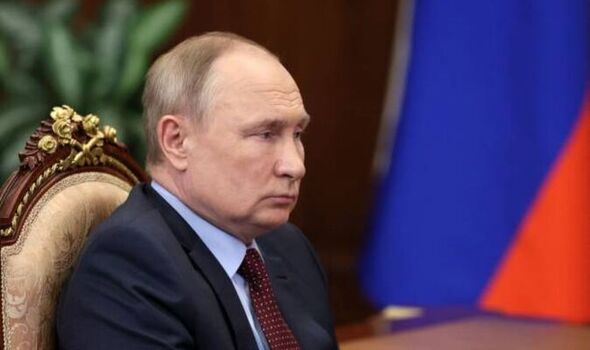 The Russian president swore to destroy “this Anti-Russia created by the West” and claimed the Ukrainian people had been “brainwashed” into believing they were not “one” with Russia.

President Macron said the “worst is yet to come” after a 90 minute phone conversation with Putin, claiming the Russian leader will not stop until he has completely conquered Ukraine.

The comments come as the city of Kherson became the first Ukrainian city to fall to the Russians on Thursday, as the attack force attempted to create a land bridge between Crimea and the border.

Putin expressed his “very great determination” to take over Ukraine, warning that military action could be ramped up if Kyiv did not comply, according to The Times.

The southern port city of Mariupol was heavily assaulted throughout the night and at one point lost electricity and water for over 24 hours after three days of shelling.

There are fears that the strategic port of Odesa could be next, after warnings of an amphibious attack.

Ukrainian and Russian negotiators are so far failing to broker long-term peace, although there have been agreements for a temporary ceasefire to allow civilian evacuations and humanitarian aid to be delivered.

President Zelensky has urged Putin to engage in more direct talks, as well as calling on the West to provide more military support to stop Putin further advancing into Europe.