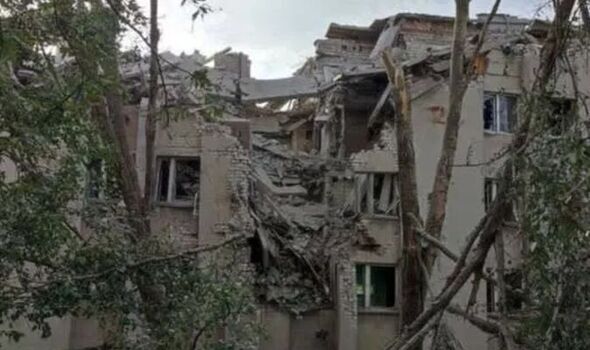 Serhii Haidai, Head of the Luhansk Regional Military Administration, claimed Ukrainian troops struck the base in the occupied city of Kadiivka in the Luhansk region of eastern Ukraine. He wrote on Twitter: “The Armed Forces of Ukraine struck enemy fortifications in occupied Kadiivka, killing about 200 Russian paratroopers.”

Mr Haidai said Russians had been based in a hotel in Kadiivka since 2014. The Russians claimed today (August 26) Ukrainian troops fired 10 HIMARS missiles at the city, according to a report in the Kyiv Post newspaper.