US President Joe Biden has called on the Russian leader to de-escalate tensions with Ukraine amid the largest buildup of Russian forces on its eastern borders since the annexation of Crimea in 2014. In a phone call, Mr Biden proposed a meeting in a third country in the coming months, but is said to have also “emphasised the US’ unwavering commitment to Ukraine’s sovereignty and territorial integrity”. Just hours later, footage was shown on Channel 4 News of “hundreds of tanks” being transported to the border by train, as well as scores of armoured vehicles travelling down the motorway.

weapons at the Ukrainian border, triggering alarm bells in Kiev and across the globe.

And, according to Al Jazeera, Kremlin-controlled TV channels have been busy “preparing the public in Russia for a fresh outbreak of war”.

They add that “alarmingly jingoistic statements” are being made on various talk shows, with hosts and guests suggesting the possibility of “Russia seizing new chunks of Ukrainian territory, or even advancing as far as Kiev”.

Ukraine has banned the broadcasts of three pro-Russian TV stations and sent scathing warnings back to the Kremlin. 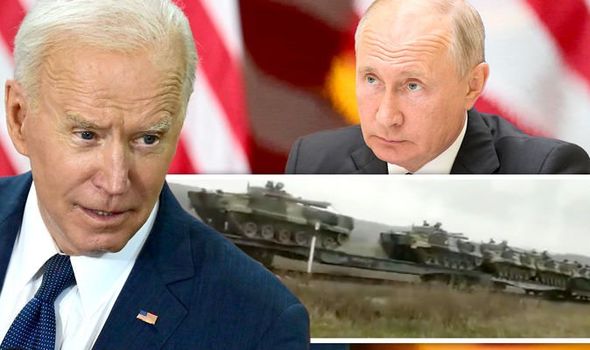 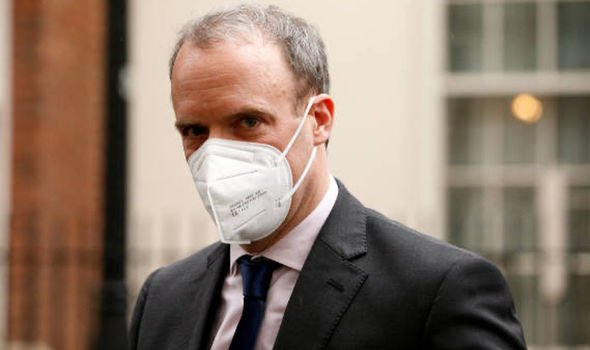 Over the past few weeks, Moscow has been amassing troops and heavy

Washington has already ordered two warships to head towards the Black Sea and US Secretary of State Antony Blinken has been in contact with NATO and its member states.

Foreign Secretary Dominic Raab tweeted: “Secretary Blinken and I agreed Russia must immediately de-escalate the situation and live up to the international commitments that it signed up to.”

He described the build-up as a “campaign to destabilise Ukraine”, but Putin’s spokesman Dmitry Peskov said moving troops across Russian territory was an “internal affair”.

Some of the troops, including units in Crimea, have been on exercises and Mr Peskov accused Ukraine of staging “provocations”. 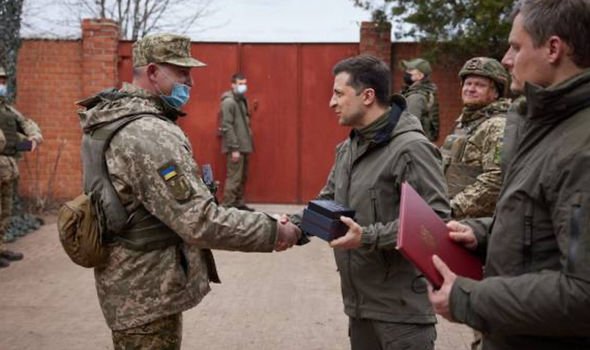 But unlike in 2014, he added, “Russia won’t be able to catch anyone by surprise anymore”.

NATO Secretary-General Jens Stoltenberg called the new Russian build-up “unjustified and deeply concerning” and said it was “the largest massing of Russian troops since the illegal annexation of Crimea”.

Some commentators believe it is a bluff by Putin. 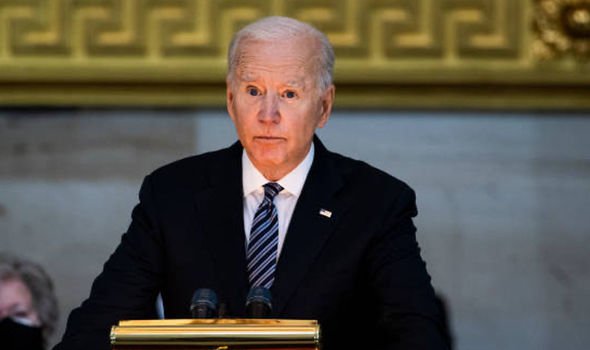 He faces parliamentary elections in September and continued protests against his jailed arch-critic Alexei Navalny, who is currently “seriously ill” in prison.

The Kremlin “defending” embattled Russians in Ukraine could go down well with many voters, as it did in 2014.

This explanation has been denied by the Kremlin, and Mr Peskov said last week: “This has nothing to do with any detainees or anyone.”

Others have speculated that Putin wants to test Mr Biden, who has taken a tougher stance on Russia than his predecessor, Donald Trump, had. 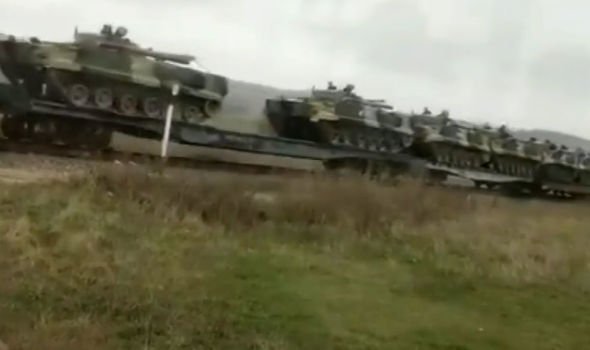 He said NATO was “the only way to end the war in Donbas” and that the membership action plan would be “a real signal for Russia”.

Some fear that would escalate tensions further.

It would place hostile troops just 310 miles south of Moscow, in addition to them already being stationed 373 miles to the west of the Russian capital, in Baltic countries.

The Minsk agreements were imposed on Ukraine in 2015 after it suffered a series of defeats in the war against Russia-backed Donbas separatists.

It remains far from being fulfilled.

In previous scuffles with its “near abroad,” Russia has sent in troops as “peacekeepers,” but they have ended up staying.

It happened in Moldova and South Ossetia and international affairs expert James Sherr said “it could well happen” again in Ukraine.