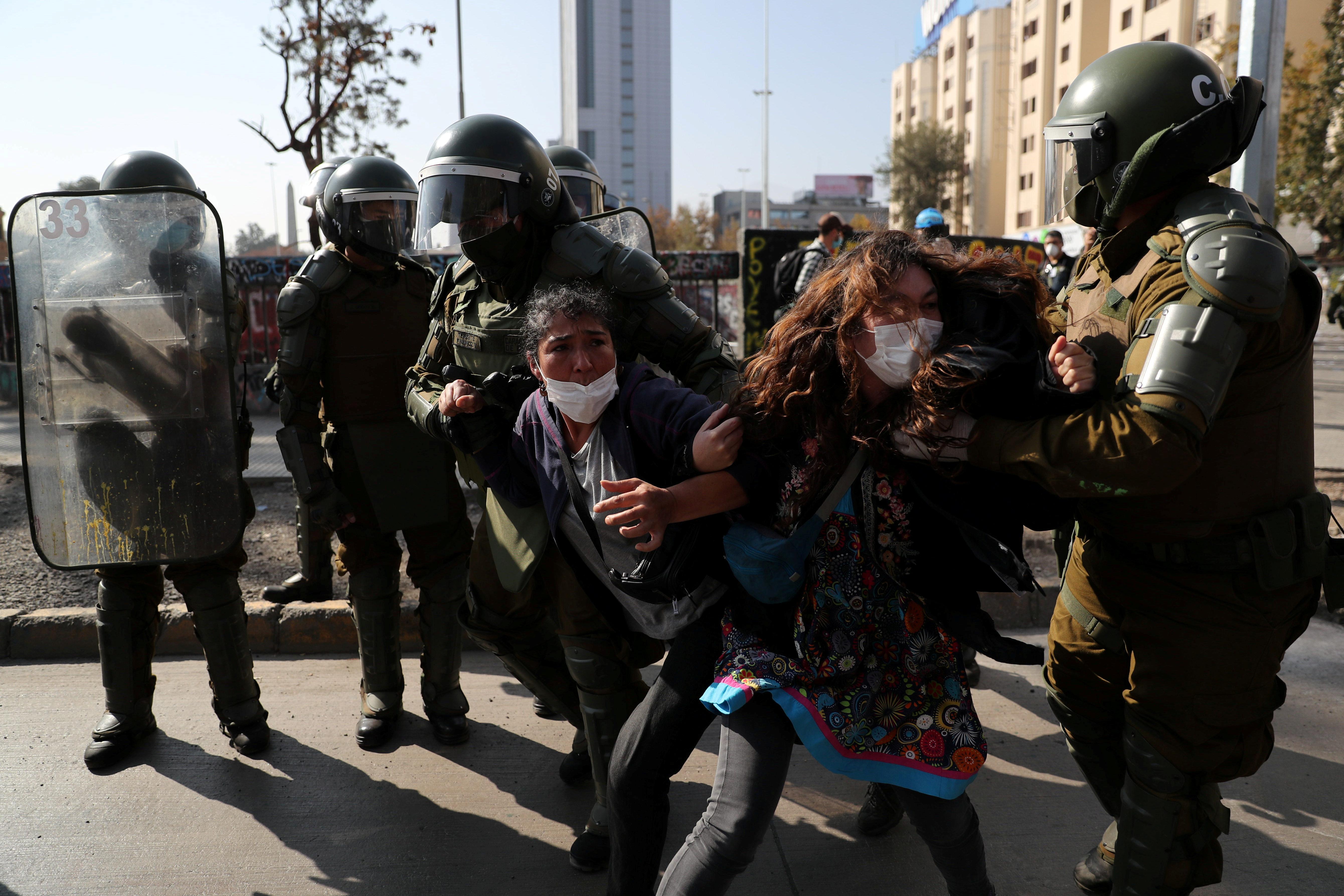 SANTIAGO (Reuters) – Police in the Chilean capital Santiago detained more than 50 protesters on Friday, saying they had violated rules intended to stem the spread of the coronavirus.

Protesters gathered on the Labor Day holiday in Santiago’s central square, many shouting and displaying signs that railed against abuse of workers and a sharp rise in layoffs in the South American nation.

Calls to protest on social media warned those who attended the rally to “use gloves, masks and alcohol gel,” but police said demonstrators had failed to adhere to a nationwide rule against gatherings of more than 50 people.

The Carabineros police force said on Twitter that one of the protesters detained had been diagnosed with COVID-19 and was meant to be in isolation for another week.

Police officers clad in plastic-screened helmets and olive uniforms herded protesters into police vehicles, while water cannons mounted on trucks nearby dispersed others.

Santiago is under partial quarantine, but scattered, small protests against the government of center-right President Sebastian Pinera have persisted in areas not under lockdown.

Mass demonstrations against inequality rocked Chile in late 2019. The protests had begun to flare up again in March but have largely subsided with the onset of the coronavirus pandemic.

The first cases of the virus hit Chile in early March. On Friday, the health officials confirmed 17,008 infections and 234 deaths.