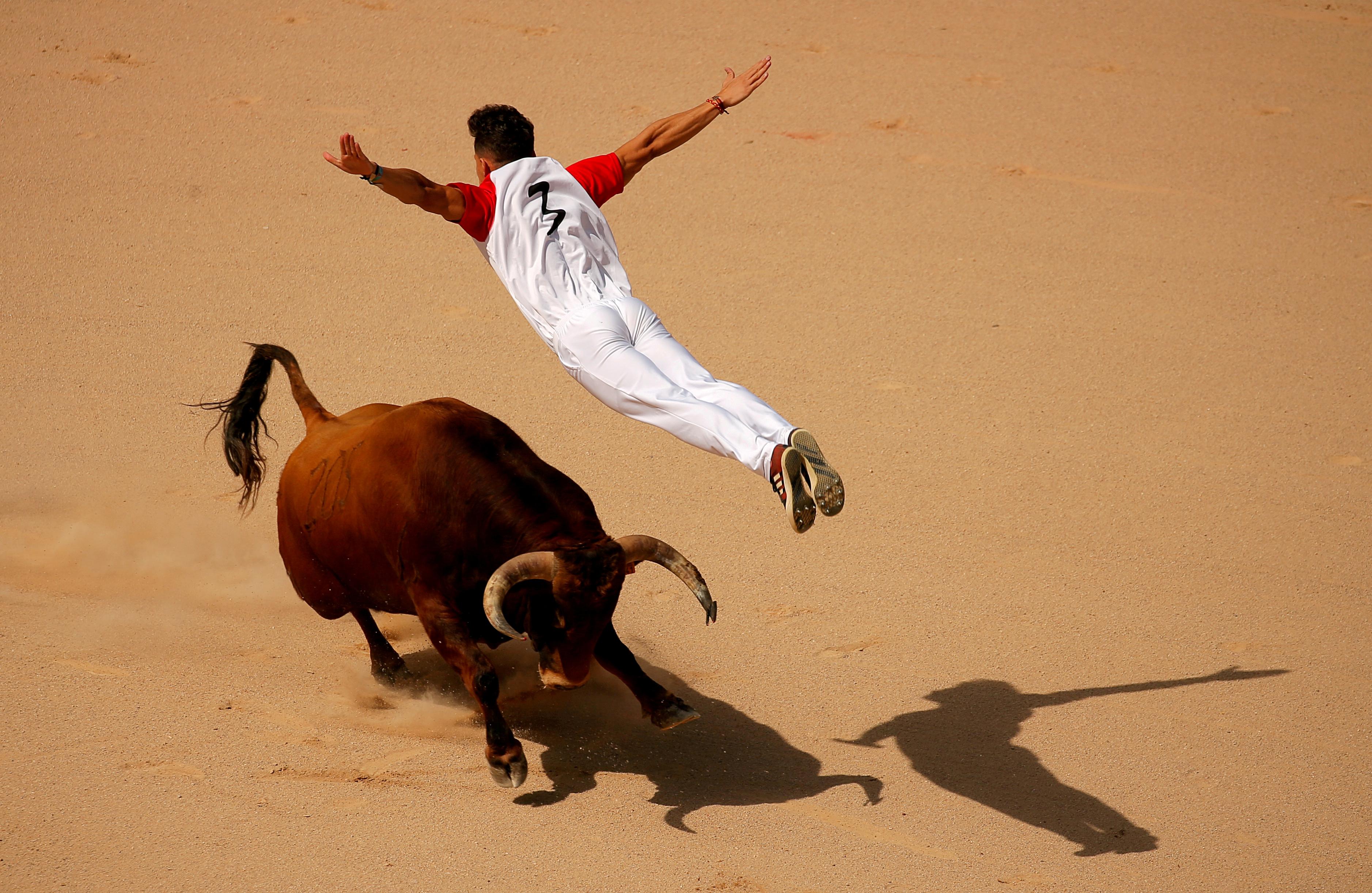 MADRID (Reuters) – Seizing on a rare cancellation of Spain’s world-famous bull-running festival in Pamplona due to the coronavirus, animal rights group PETA offered 250,000 euros ($269,700) on Thursday for the city to make the ban permanent.

The incentive offered can only be seen as symbolic since the eight-day San Fermin fiesta represents a far bigger annual boost of 74 million euros to Pamplona, according to an association of fighting bull breeders.

“The Running of the Bulls and bullfights … are a vestige of a far less enlightened time when people didn’t understand that animals feel pain and thought nothing of risking fellow humans’ safety,” PETA wrote in a letter, seen by Reuters, making the offer to Pamplona mayor Enrique Maya.

City hall officials, who have called off this year’s edition of the festival in July for the first time in four decades, were not immediately available to comment.

Made famous by Ernest Hemingway in his 1926 novel “The Sun Also Rises”, the festival, during which fighting bulls run through the narrow streets of Pamplona each morning, draws hundreds of thousands of participants from across the globe.

PETA and other animal rights groups usually perform visually striking protests on the eve of San Fermin, but local authorities have been dismissive of such actions, defending the event as part of local culture.