Shocking footage has been captured of a tornado moving across the US state of Colorado. The video was reportedly captured by a Sheriff’s Deputy near the town of Limon in Lincoln County and shows the massive twister tearing across a field. No damage is believed to have been caused by the tornado which was one of 10 which battered the central United States over the weekend. Along with the tornadoes, severe storms have also brought hail and 60mph gusts to large parts of the central United States in recent days.

The National Weather Service issued a tornado watch for large areas of Colorado on Sunday as a thunderstorm passed through the region whipping up tornadoes in its wake.

“This is a particularly dangerous situation!!!,” the Colorado-based weather service tweeted on Sunday.

“Take cover if in this warning!!! 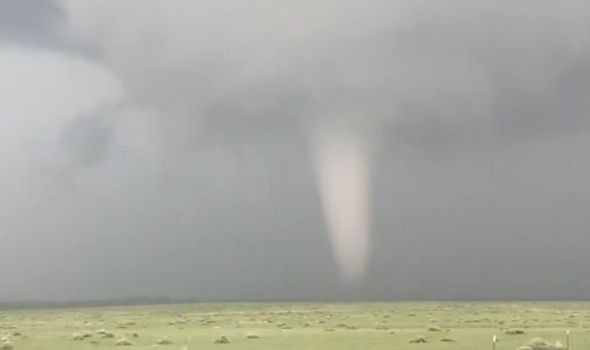 Mr Bowers said: “There were nearly a dozen tornado reports from this one supercell.

“The last report coming at 6:26 p.m. CDT at Selden with tree and power line damage along with one injury.”

It comes after China was struck by rare back-to-back tornadoes which ripped through the cities of Wuhan and Suzhou leaving 12 people dead early this month. 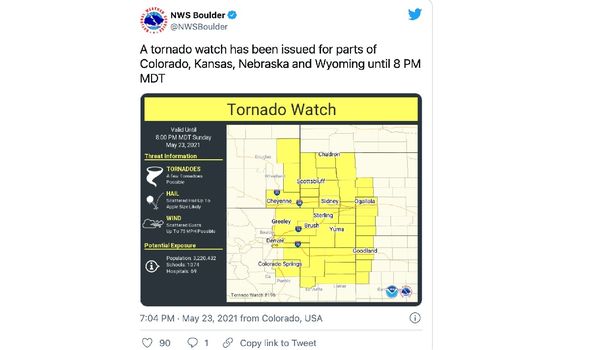 The twisters struck central Hubei province and east China’s Jiangsu province on Friday, May 14 leaving a trail of destruction. Footage captured in Wuhan as the tornado struck showed debris swirling around in a vortex by the powerful winds.

In total 12 people were killed by the severe weather event and more than 300 were injured.

The majority of the deaths are believed to have occurred in Wuhan with eight fatalities reported. 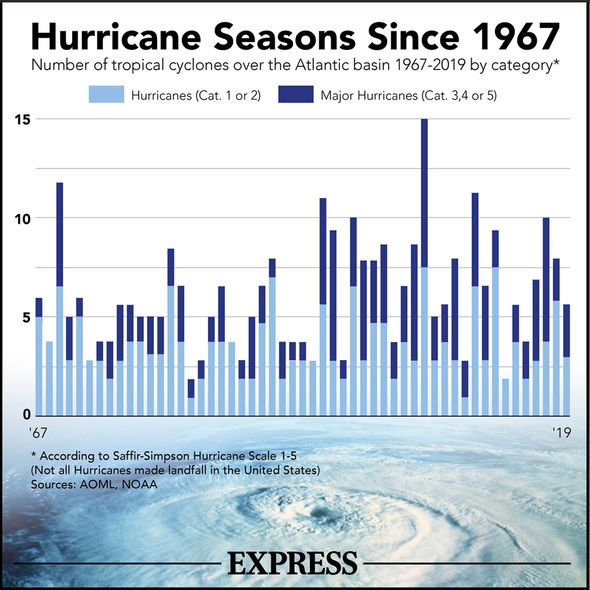 Wuhan is the city infamous for being ground zero for the coronavirus pandemic.

Shengze, an area of Suzhou, was struck first with the tornado hitting the town at close to 7pm local time.

Footage of aftermath shows widespread damage with homes and factories torn apart by the force of the winds.

Officials in Wuhan said that 28 homes in the city had been totally destroyed, while another 130 had been left damaged.