The cause of the loud bang is believed to be from a fighter jet breaking the sound barrier. Video footage show the noise was even heard at the French Open at Rolland Garros. Journalist Peter Yeung tweeted: “Paris explosion: seems to have been heard everywhere across the city.”

Local police reported the noies came from a fighter plane that crossed the sound barrier.

They said: “A very important noise was heard in Paris and in the Paris region. There is no explosion, it is about a fighter plane which crossed the sound barrier. Don’t clutter up the emergency lines!”

Social media users were quick to share their experience of hearing the loud explosion.

One person wrote: “Heard it 10 minutes ago East of Paris, looks like a supersonic, followed by two minutes roar.” 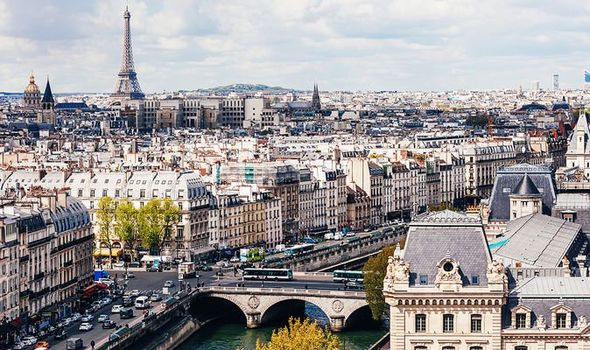 Other people share their horror as they initially thought the sound was an attack.

One person tweeted: “Sound of explosion near the François Mitterrand Library, we were all afraid that it was an attack.”

Other witnesses said they felt their buildings shaking.

The effects of the huge noise were also heard in several central districts.

However, there are not yet any reports of smoke or fire.

No injures have yet been reported either.