Express.co.uk readers voted in our exclusive poll on whether they backed the US President’s suggestion that the deadly virus came from a laboratory in Wuhan. Some 87 percent said they did, while 11 percent did not and two percent did not know.

Commenting on the poll, one reader said: “It must have originated in a lab, if it came from the wet market, it would have happened years ago, the market’s been going for donkey’s years!”

Another wrote: “After these outbreaks why don’t the Chinese ban these wildlife markets?

“One could suggest that they offer a convenient cover.”

A third commented: “A deadly virus that spreads around the world so quickly must have had origins in a lab.” 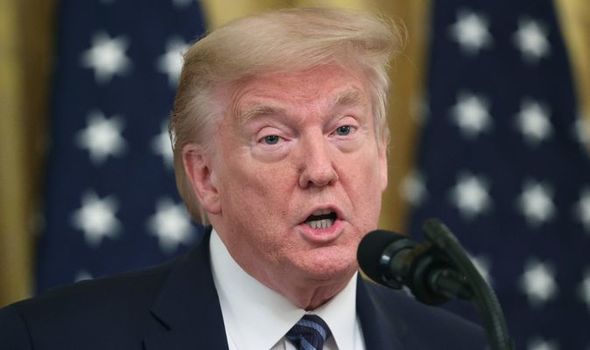 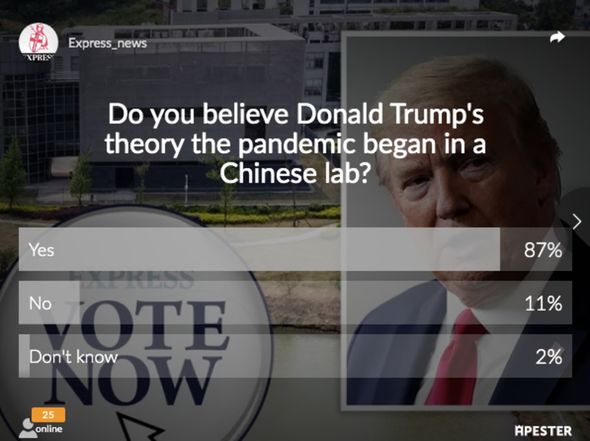 One added: “Donald Trump has highlighted it but I think it’s been obvious. A lab less than 300m from the notorious wet market?”

A fifth said: “Of course it did, the cover-up says it all.”

One more wrote: “China has no intention of allowing anybody any access to investigate this. 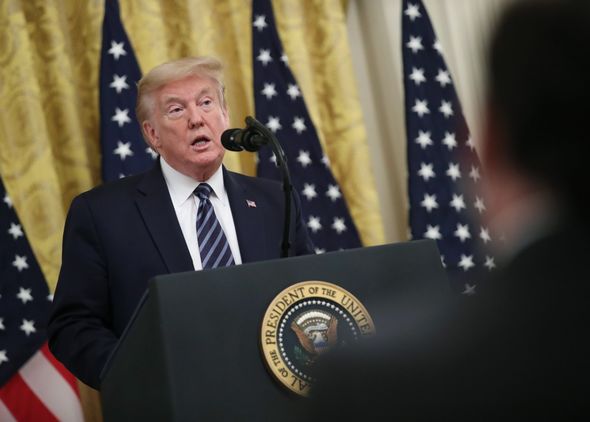 “Members of the jury what do you make of this unhelpful attitude?”

It comes as Mr Trump said on Thursday that he had seen evidence the virus came from an infectious disease laboratory in Wuhan and its release was a “mistake”. 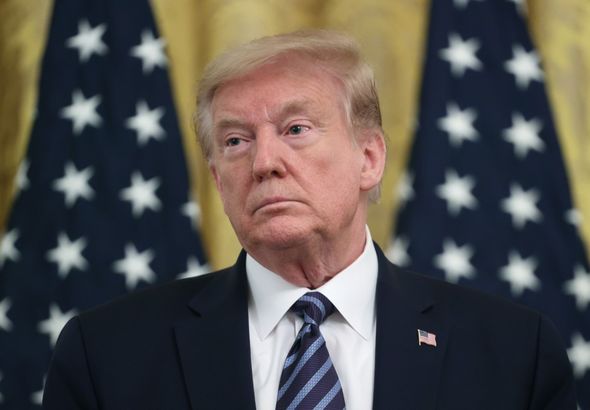 “Whether they made a mistake or whether it started off as a mistake and then they made another one, or did somebody do something on purpose.

“Certainly it could have been stopped.

“They either couldn’t do it from a competence standpoint, or they let it spread.

“It got loose, let’s say, and they could have capped it.” 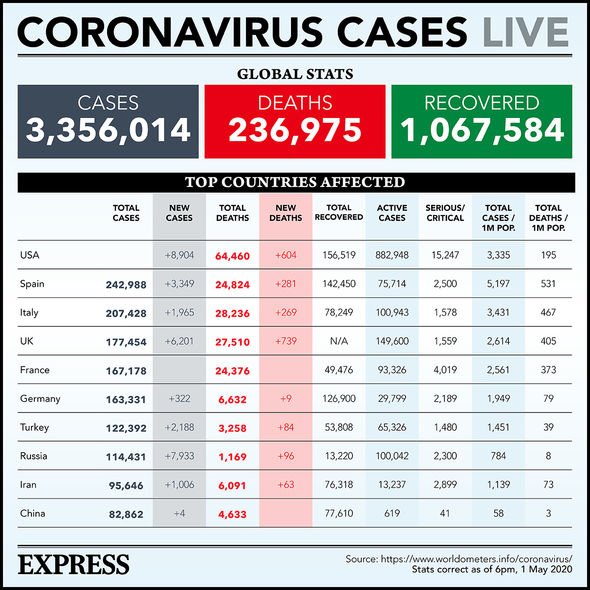 China has insisted any claims that coronavirus was released from a laboratory are “unfounded and purely fabricated out of nothing”.

But Beijing has faced accusations of a cover-up over the outbreak, which is widely thought to have started at a wet market in Wuhan.

It is believed to have made the jump from animals – possibly bats – to humans.