Sport fanatics all over the world will be mourning the lack of live matches, games and events, in the wake of the coronavirus pandemic. The outbreak, which has killed nearly 178,000 people and infected more than 2.5 million, forced governments to cancel these types of mass gatherings in the hope of reducing COVID-19’s deadly spread. In line with this, a decision to stall the Tokyo 2020 Summer Olympic Games was made. Since the lifesaving call to delay it from July until next year, many fans have desperately searched online for other forms of sporting entertainment. Some have sifted through the annals of history to find some of those magical moments to savour. While others have joked on social media about feigning an interest in ‘marble racing competitions’ and other social distancing compliant sports. But odd athletic events are nothing new to Olympics Games history, as revealed by the bizarre yet endearing choice to include firefighting as a competition.

The ancient Olympic Games started out as a part of a religious festival to honour Zeus, the father of Greek gods and goddesses in 776 BC.

This type of worship continued every four years up until 393 AD following the collapse of the empire, when Christian emperor Theodosius outlawed all ‘pagan events’.

The debut of the contemporary sporting event first took place in Athens in 1896 and in a historically important move, the next iteration was held outside of Greece for the first time in history.

The 1900 Olympic Games took place in Paris, France, considered a “modern, metropolitan area” in utter contrast to the more verdant pastures that were home to the international event.

It marked an unusual clash of sporting events, as the debut of World Fair inventions and new fashion trends – coupled with some pretty unorthodox sports – were put on display for all the world to see. 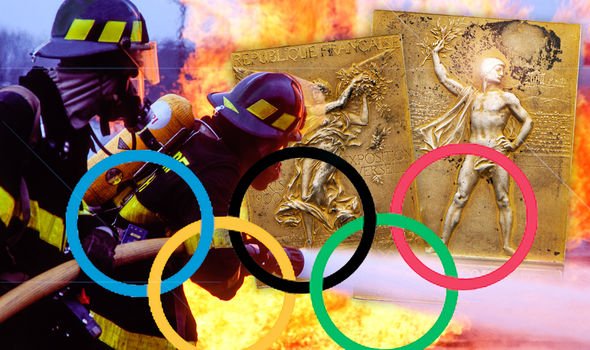 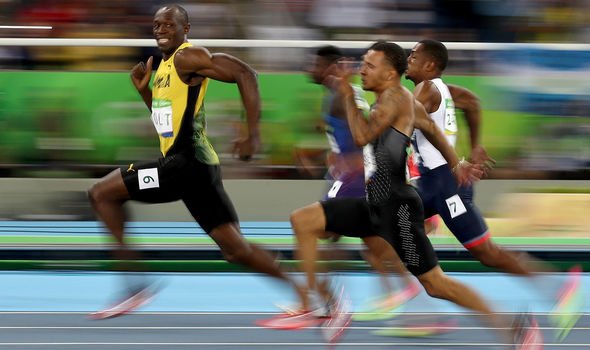 Aside from the typical track, water and combat events still practiced today, were some that are incomprehensible today including firefighting, kite flying, cannon shooting and more.

The less than traditional competitions are now described as a “grey area” in history, as the International Olympic Committee (IOC) never decided which events were ‘Olympic’ and which were not.

A snippet of this long-forgotten piece of history recently reemerged, when a “gold medal for fire fighting [sic]” came up for auction – due to go under the hammer on May 7.

According to Michael Provenzale, sports operations supervisor at Heritage Auctions, this honour is “very likely” to be the only one in existence.

The firefighting event saw two professional teams from Kansas City, US, and Milan, Italy, battle it out to be crowned the best and bravest.

Mr Provenzale told Express.co.uk: “It does sound like a pretty exciting event, there was a six-storey building where they had to put out a fire and perform a rescue.

JUST IN: Heartbreaking reason why Bonnie and Clyde’s final wish was rejected 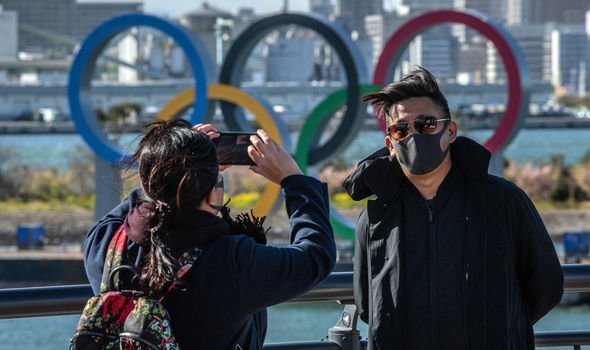 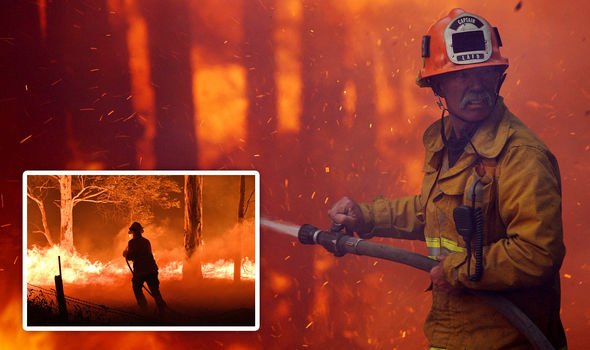 “The rescue didn’t include real people thankfully, but basically the fire was on the fourth floor and they had to put it out before making a rescue on the sixth floor.

“It must have been quite thrilling to watch, they were fighting a real fire and it was also on the fourth floor of a building, so a lot of danger was involved too.

“In a lot of Olympic sports, death is on the table as a possibility and most certainly serious injuries are, so the firefighting event was very much in line with that level of danger.”

Mr Provenzale explained that it was introduced as a way to honour the brave firefighters who were considered even more heroic back then.

He told Express.co.uk: “At the time, firefighting was so crucial in these big cities that were not constructed to prevent fires or had any kind of security or safety measures.

“A fire at that time could ravage blocks, not just one building, so as much as firefighters are considered heroes today, it was even more so back then.

DON’T MISS
JFK’s X-rated joke on what could have stopped Cuba Missile Crisis expo [EXCLUSIVE]
Amelia Earhart mystery: Why freckle cream could confirm where she died [EXCLUSIVE]
Royal shock: How ‘Bloody Mary’ wasn’t as gruesome as history tells us [UNEARTHED] 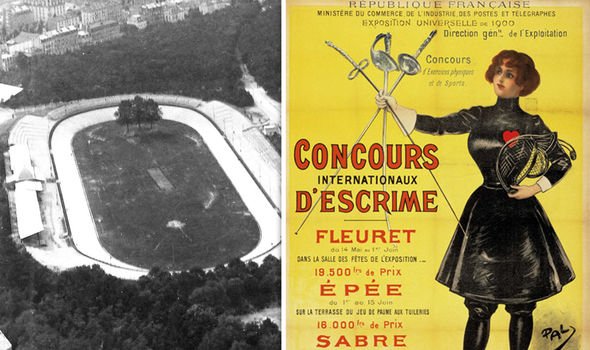 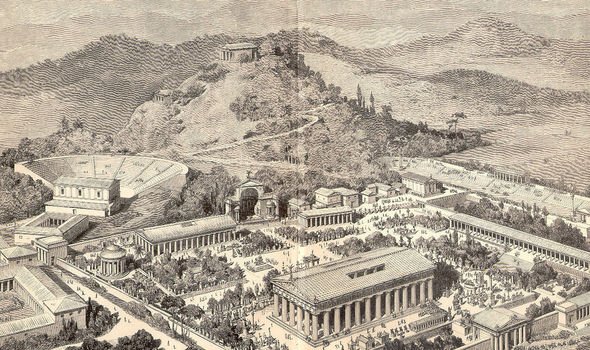 “It was a lot more dangerous then too, fires were a big problem in these cities because there was no consideration for fire codes or keeping things safe.

“Most buildings were next to one another wall-to-wall, so most people saw it as an incredibly dangerous activity, which it still is today, and something to honour and put on display.”

The gold medal that resurfaced from these second modern Olympic Games shows Greek gods on either side, which also features the “hand” symbol of the Paris Mint.

It was awarded to a member of Kansas City’s “famous engine and hook and ladder company No.1” – translated text on the piece reads “Fire Brigade Competition”.

It carries an estimate of $4,000 (£3,250) but is expected to sell for more due to having such a “unique and interesting story” coupled with its age and historical value, on May 7.

Mr Provenzale said: “It was a huge worldwide event that was being held outside of Greece for the first time. 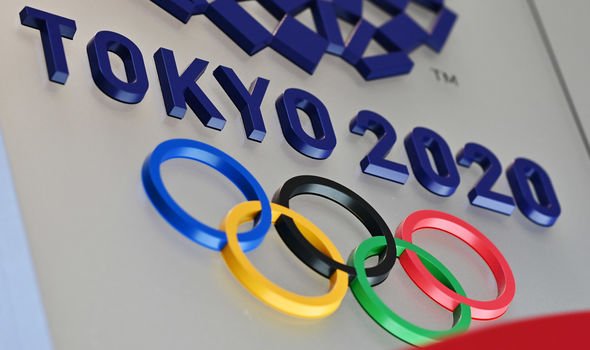 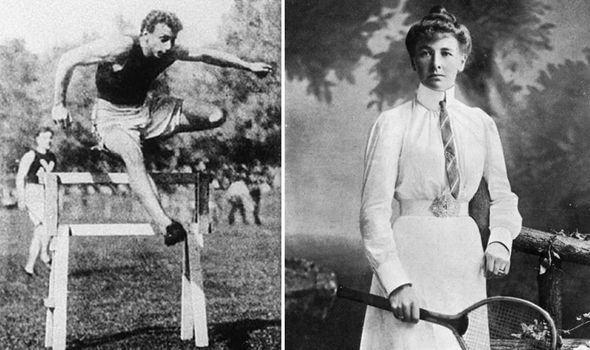 “Paris was such a metropolitan area to host the Olympic Games – it was a very cosmopolitan affair that was very well attended.”

Not only was this a historical event for its geographical location and the quirky events showcased, but also because it was the first time women were allowed to participate too.

Mr Provenzale said: “In the US women couldn’t even vote then so to get that representation was certainly a big and important part of the games.”

He believes the gold medal will attract a lot of interest due so many people longing to connect to sports during the coronavirus lockdown.

Mr Provenzale added: “This couldn’t have come up for auction at a better time, especially as people accept they will need to wait another year for the Olympics.

“For some staring down during this difficult time, this medal could represent a slice of historic Olympic glory.”

For more information on the Olympic Gold Medal or the Spring Collectibles Catalog Auction, visit: www.ha.com. 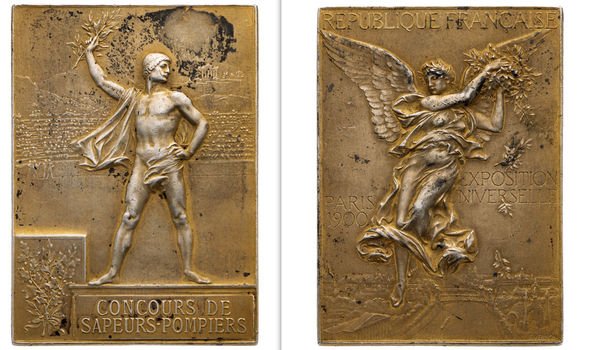