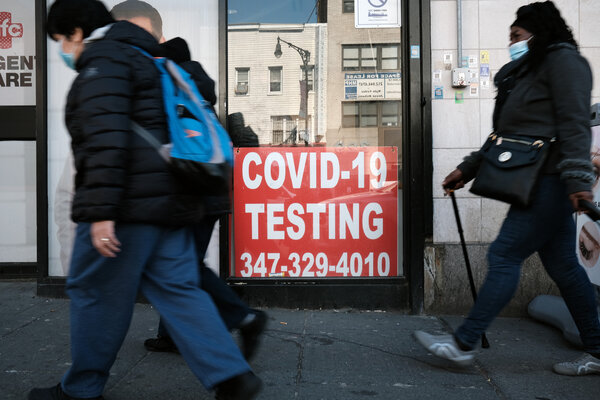 New York has joined a growing list of more than a dozen states that have confirmed at least one case of a worrisome coronavirus variant first found in Brazil.

The variant of concern, known as P.1, is highly contagious and has in some cases reinfected people who had already recovered from the coronavirus. About 48 cases of the variant have now been reported in at least 16 states, according to data from the Centers for Disease Control and Prevention. It is now in at least 25 other countries.

Scientists expect that variants will soon become the dominant source of infection in the United States. The country has been racing to vaccinate as many people as possible before that happens, even as some states are loosening lockdown restrictions.

Florida has recorded 21 cases of the P.1 variant, the most of any state, according to the latest C.D.C. data. At least 49 states and Puerto Rico have reported about 5,500 cases of the variant first identified in Britain, which could soon be the dominant form of the virus in the United States. Another 180 cases of a variant first found in South Africa have also been reported.

Gov. Andrew M. Cuomo of New York announced on Saturday that the state’s first P.1 case was identified by scientists at Mount Sinai Hospital in New York City in a Brooklyn resident in their 90s with no travel history.

“The detection of the Brazilian variant here in New York further underscores the importance of taking all the appropriate steps to continue to protect your health,” Mr. Cuomo said in a statement.

Scientists are concerned about the P.1 variant because it shares many mutations with the variant that is now dominant in South Africa, known as B.1.351. Vaccines made by Moderna and Pfizer still protect from that variant, but they are slightly less effective. The vaccines are expected to perform similarly against P.1.

The P.1 variant was first reported in Japan in December, in four people had traveled from Brazil. It quickly became dominant in Manaus, the largest city in the country’s Amazon region, and spread to other South American cities. It reached the United States in January, appearing first in Minnesota.

Three studies offered a glimpse into the variant’s rise in Brazil, most likely escalating in the winter and fueling a record-breaking increase in coronavirus cases, in part because of its increased contagiousness. It also had the ability to infect some people who had immunity from previous bouts of Covid-19.