MINSK (Reuters) – New clashes between police and protesters broke out in Belarus on Monday after the opposition accused President Alexander Lukashenko of rigging his re-election victory to a chorus of criticism from Western leaders.

A Reuters witness saw police dragging protesters out of a crowd and beating them with truncheons in Minsk, and dozens of people detained. Police also blocked off roads in the capital.

Official results handed Lukashenko, in power for more than a quarter of a century, an 80% share of the vote in Sunday’s election, while Svetlana Tikhanouskaya, who emerged from obscurity to become his main rival, took just 9.9%.

“The authorities are not listening to us. The authorities need to think about peaceful ways to hand over power,” said Tikhanouskaya, a former English teacher who entered the race after her blogger husband was jailed.

“Of course we do not recognise the results.”

Foreign observers have not judged an election to be free and fair in Belarus since 1995, and the run-up to the vote saw authorities jail Lukashenko’s rivals and open criminal investigations into others who voiced opposition.

Events are being closely watched by Russia, whose oil exports run through Belarus to the West and which has long regarded the country as a buffer zone against NATO, and by the West, which has tried to lure Minsk from Moscow’s orbit.

Germany called for the European Union to discuss sanctions on Belarus that were lifted in 2016 to foster better relations.

Russian President Vladimir Putin used a congratulatory telegram to nudge Lukashenko to accept deeper ties between the two nations, which the Belarusian leader has previously rejected as an assault on his country’s independence.

Riot police used force on Sunday night to disperse thousands of protesters who had gathered to denounce what they said was an electoral farce.

Tikhanouskaya, whose campaign rallies drew some of the biggest crowds since the fall of the Soviet Union in 1991, told reporters she considered herself the election winner. She said the poll had been massively rigged.

The opposition said they were ready to hold talks with the authorities. 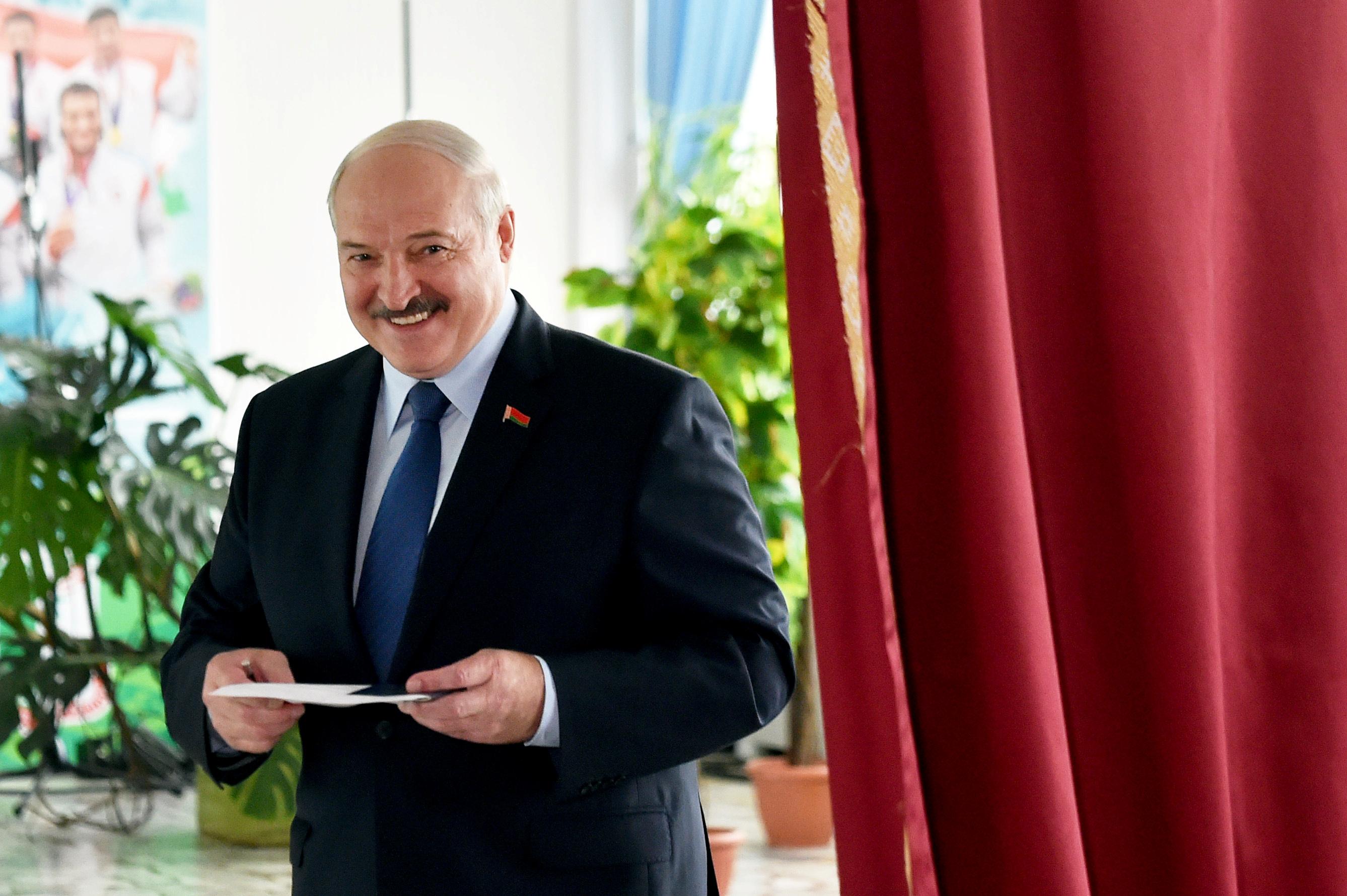 There was no immediate response to that offer from Lukashenko, a former Soviet collective farm manager who has kept Belarus under tight control since 1994. He faces his biggest challenge in years to hold onto power amid discontent over his handling of the economy, the COVID-19 pandemic, and human rights abuses.

But Lukashenko signalled he would not step down.

“The response will be appropriate. We won’t allow the country to be torn apart,” the 65-year-old leader was quoted by the Belta news agency as saying.

Lukashenko repeated allegations that shadowy forces abroad were trying to manipulate protesters he called “sheep” in order to topple him, something he said he’d never allow.

“They are trying to orchestrate mayhem,” said Lukashenko. “But I have already warned: there will be no revolution.”

The European Union’s foreign policy chief and its commissioner for enlargement said the election had been marred by “disproportionate and unacceptable state violence against peaceful protesters”. 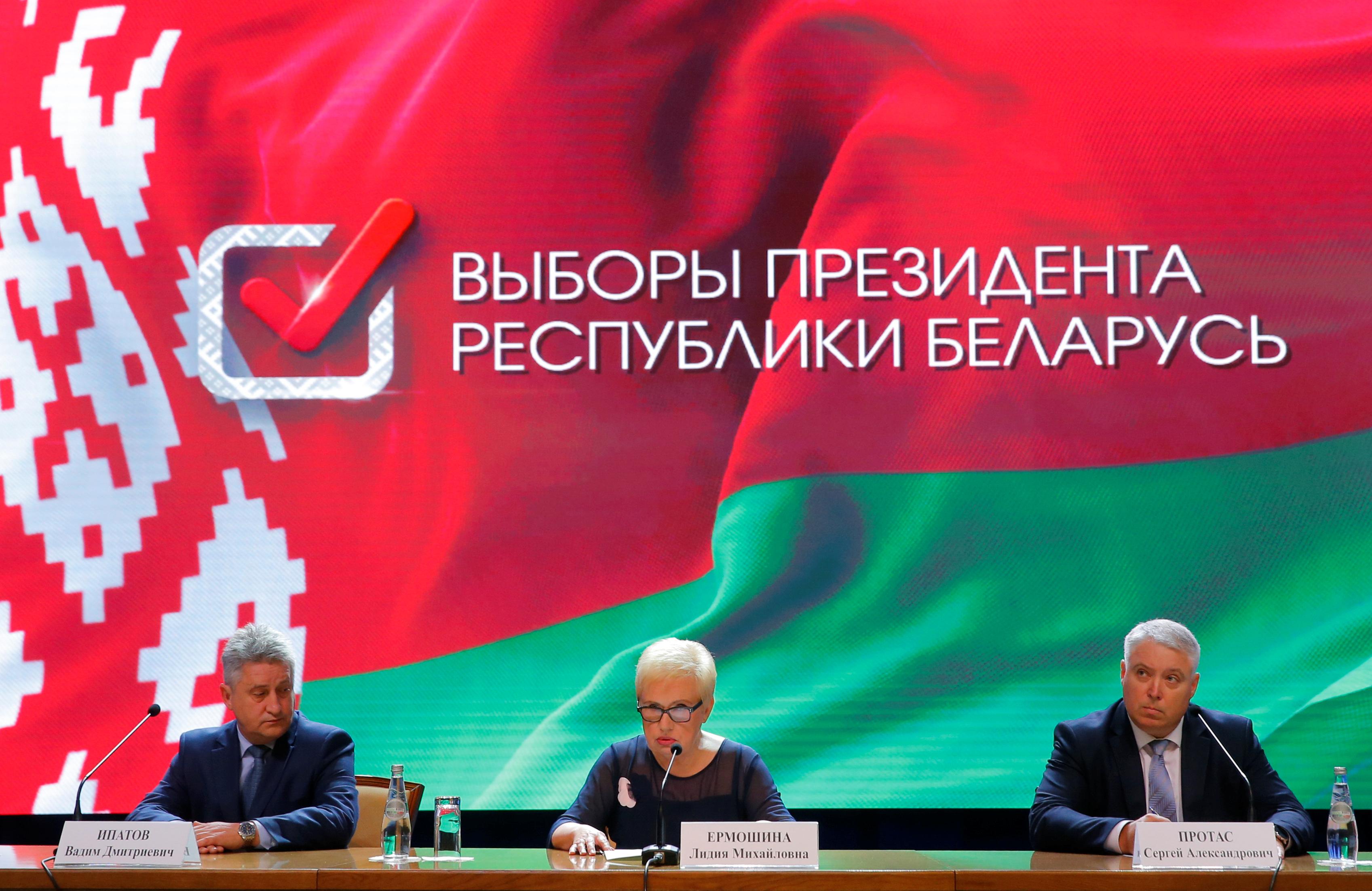 “We condemn the violence and call for the immediate release of all (those) detained during last night,” Josep Borrell and Oliver Varhelyi said in a joint statement.

Russia’s RIA news agency cited the Belarusian Interior Ministry as saying that police had detained around 3,000 people during post-election protests.