NATO have been handed “two options” to act against Vladimir Putin if he uses nuclear weapons in Ukraine, according to an analysis by a military expert. The Russian President formalised today the annexation of four regions representing about 18 percent of Ukraine’s territory. It comes despite major battlefield reversals in recent days shrinking the amount of seized territory Moscow controls, as well as warnings of a possible recourse to nuclear weapons.

Russia’s Foreign Ministry said on Wednesday that the Zaporizhzhia nuclear plant will now operate under the supervision of Russian agencies as the area is within the regions annexed.

The Times newspaper reported on Monday that the NATO military alliance had warned members that President Vladimir Putin was set to demonstrate his willingness to use nuclear weapons by carrying out a nuclear test on Ukraine’s border.

It was also reported that Russia had moved a train thought to be linked to a unit of the defence ministry that was responsible for nuclear munitions. However, a NATO official said on Tuesday that no changes in Russia’s nuclear posture have been observed.

British defence analyst Nicholas Drummond suggested that Putin’s conventional weapons and military resources “are depleted faster than he can regenerate them”, making the achievement of military objectives in Ukraine “improbable”. 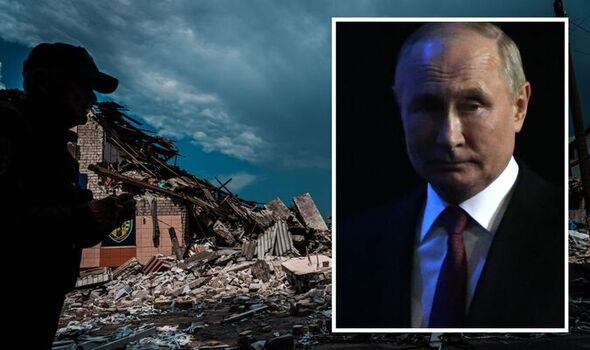 Therefore, according to the expert’s analysis, Putin’s next move might be to either escalate his operation or withdraw his troops. If he decides to escalate with the use of weapons of mass destruction (WMD) in Ukraine, Western allies will then be left with two options.

Mr Drummond wrote on Twitter: “A Putin victory in Ukraine enabled by the use of WMD means anyone equipped with them could subsume a neighbouring independent sovereign state. We’d be setting a terrible example. So how should NATO respond to Russia using battlefield or strategic nuclear weapons in Ukraine?

“The second option is a pre-emptive conventional attack on locations where Russian nuclear weapons are known to be stored or launched from. Unfortunately, Russia has 5,000 warheads. Even if we destroy 99 percent, that still leaves 50 – enough to cause global catastrophe.” 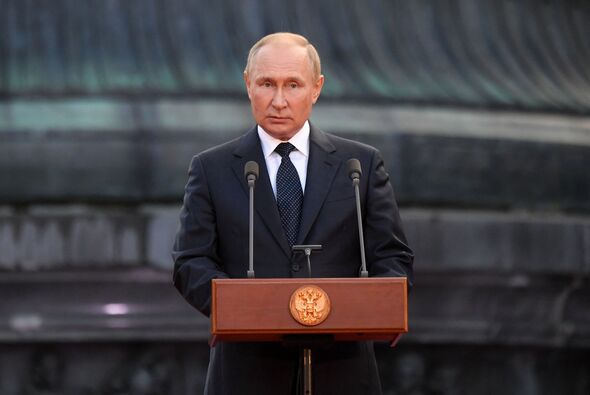 Putin’s expectations over NATO’s response to a nuclear attack will inform his decision on whether to escalate his operation, according to Mr Drummond.

The expert noted: “If Putin withdraws, his position as Russia’s President becomes weaker, if not untenable. But, what if he escalates? It may be the only path to success. The decision to use nuclear weapons will depend on how he believes NATO would respond.

“Putin may think that any escalation on his behalf would trigger a corresponding response from NATO. But he may also think that non-Article 5 action by NATO could potentially fracture the coalition due to countries not directly at risk refusing to support it.

“The problem is, if Putin uses nuclear weapons and we capitulate, his nuclear blackmail strategy pays off. We will have let him win. It’s called appeasement. If Putin wins, he will broaden his ambitions and look for his next target. It’s what dictators do.” 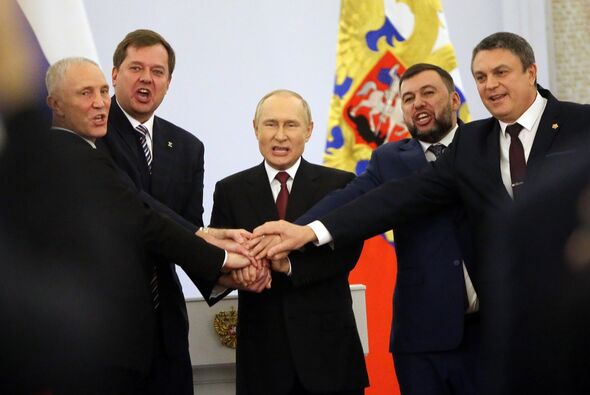 Kyiv and its Western allies say Russia’s attempted annexation is an illegal land grab and will never be recognised with Ukraine saying its army will recapture any territory occupied by Russian forces.

Ukrainian President Volodymyr Zelensky said on Tuesday night that his military had made major, rapid advances against Russian forces in the past week, taking back dozens of towns in regions in the south and east that Russia has declared annexed.

Meanwhile, UK Foreign minister James Cleverly said on Wednesday Britain was listening carefully to nuclear threats made by Putin but the Russian President had a long history of “sabre-rattling”.

Asked whether Russian nuclear threats had to be taken seriously, Mr Cleverly told BBC radio: “We always listen carefully … to what Vladimir Putin is saying. We also recognise of course that he has a long history of sabre-rattling.”