William Amos, representative of the Quebec district of Pontiac since 2015, had just returned from a jog and was changing his clothes when he joined the video call. Mr Amos could be seen naked between two flags on the video, appearing to cover his genitals with his mobile phone during Wednesday’s meeting.

The meeting was broadcast to the public, but as Mr Amos was not speaking he was not visible to them at the time.

The MP has since apologised for what he called an “unfortunate error” in an email to his colleagues.

It reads: “’My video was accidentally turned on as I was changing into my work clothes after going for a jog.

“I sincerely apologise to my colleagues in the House of Commons for this unintentional distraction. Obviously, it was an honest mistake and it won’t happen again.” 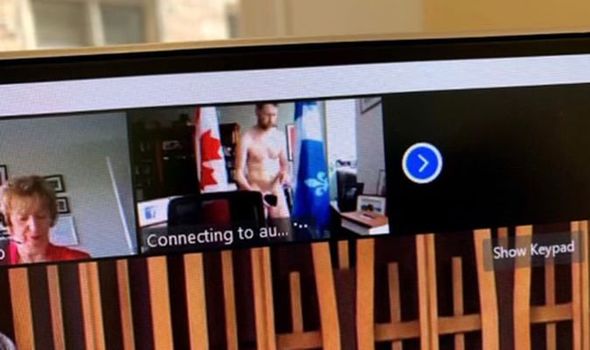 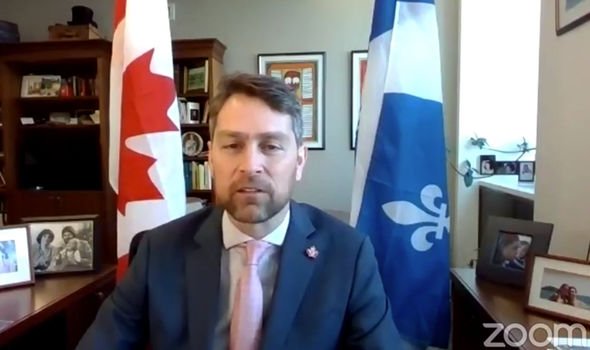 Mr Amos’ colleagues appear to have found the incident amusing, with several making jokes about it since.

Speaking in French, Claude DeBellefeuille, Bloc Québécois party whip, said: “It may be necessary to remind the members, especially the male ones, that a tie and jacket are obligatory, but so are a shirt, boxer shorts or pants.

“We have seen that the member is in great physical shape, but I think members should be reminded to be careful and control the camera well.” 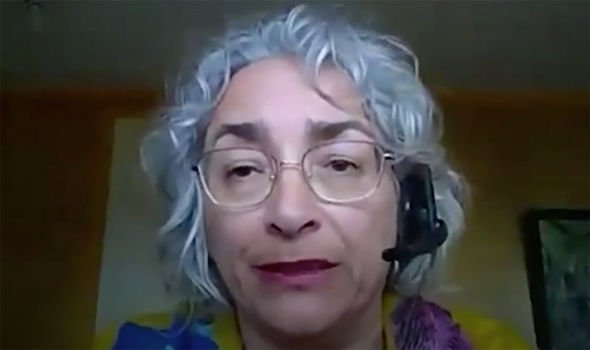 “I think it’s part of the circumstances of the world we’re in right now, where the line between our home and our office place is so blurred and trying to manage that is sometimes challenging.”

The Canadian Parliament has been operating under a hybrid format since May 2020 because of the ongoing COVID-19 pandemic.

Much like in Westminster, MPs are able to either log on and participate virtually, or be physically in their seats – though only a small number have been attending in person.