US-Russia relations at their 'worst since Cold War' warns expert

In 1939, the US initiated the Manhattan Project at the Los Alamos Laboratory in New Mexico. Along with help from the UK and Canada, the research and development project led to the development of atomic weapons during World War 2. Engineers under the direction of nuclear physicist Robert Oppenheimer designed two fission bombs – the Little Boy and Fat Man that were later dropped on Hiroshima and Nagasaki.

Professor Bruce Cameron Reed has published five textbooks and over 50 journal papers on the top secret mission – and he explained the vital role Britain played to Express.co.uk.

He said: “The British Mission was a small group, but they made some very crucial contributions at Los Alamos with the implosion design.

“The British had experience with shaped charge explosions for destroying tanks.

“So some of their people were already familiar with this kind of ordinance. 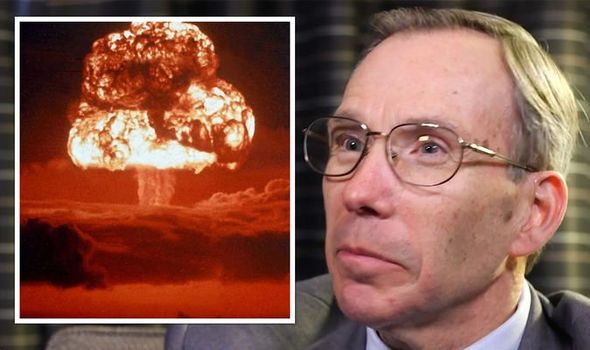 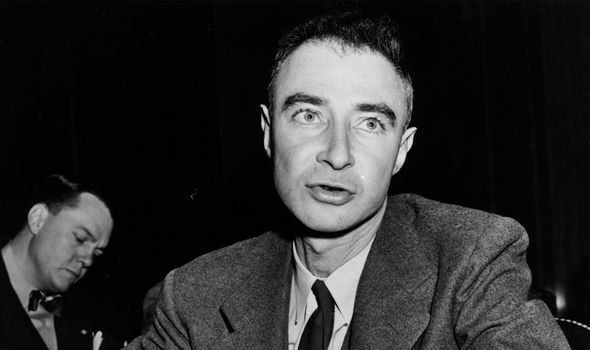 “It really helped mature that idea and some of the theoretical scientists were really top-notch.

“It was a small group that made a contribution that was disproportionate to its size.”

By 1942, the British, who had made significant contributions early in the war, did not have the resources to persevere while fighting for survival against Adolf Hitler’s Nazi Germany.

In December that year, American engineer Vannevar Bush wrote a letter to Franklin D. Roosevelt to update him on their work.

In it, he stated: “It appears that there would be no unduly serious hindrance to the whole project if all further interchange between the US and Britain in this matter were to cease, and there would be no unfairness to the British in this procedure.”

But that would not come to fruition. 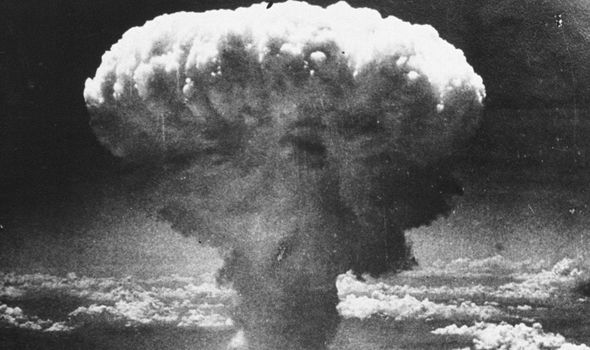 One year later the British Mission arrived in the US, including Niels Bohr, Otto Frisch, Klaus Fuchs, Rudolf Peierls, and Ernest Titterton.

Of the Soviet spies not caught during the war, one of the most valuable was the British physicist Fuchs.

Prof Reed explained: “The scientists went back home after the war carrying a lot of knowledge that helped kickstart the British programme.

“The Americans were never allowed any security vetting of the British contingent.

“So you had people like Klaus Fuchs in that group.

“Apparently the British were aware of how compromised some of these people were, but there were a lot of sympathisers in the structure at the time. 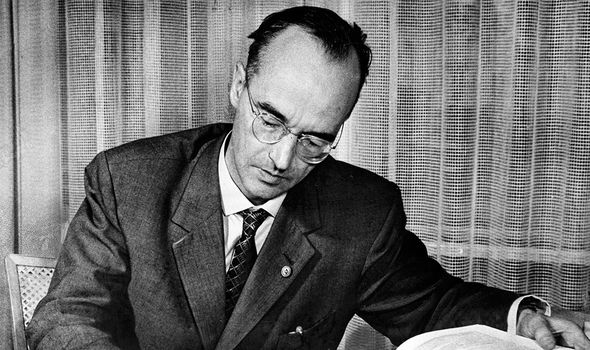 Fuchs’ arrest in 1950 came after a routine security check of his father, who had moved to socialist East Germany in 1949 as the Cold War began to heat up.

While the check was underway, British authorities received information from the FBI that decoded Soviet messages in their possession indicated Fuchs was a Soviet spy.

On February 3 that year, officers from Scotland Yard arrested Fuchs and charged him with violating the Official Secrets Act.

Fuchs eventually admitted his role and was sentenced to 14 years in prison.

By that time though, he had given the USSR “crucial secrets on the atomic bomb project,” which would allow the Kremlin to successfully test its own weapon of mass destruction that same year. 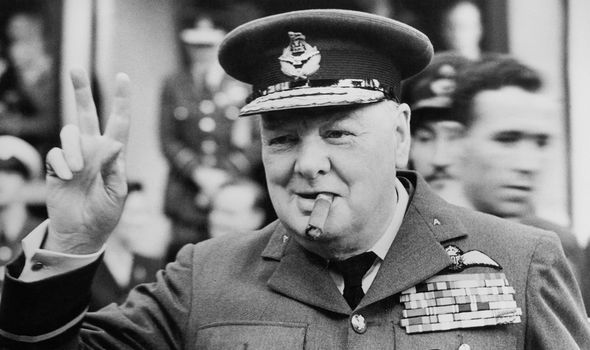 Prof Reed explained how the UK readied itself in the midst of the growing nuclear threat from Moscow.

He added: “Churchill was in a vice between America and Russia and Britain needed to develop its own nuclear force to be an intermediary party there.

“The British had long-range bombers that would have been capable of such a mission.”

By 1952, the UK, the US and the Soviet Union all possessed nuclear weapons capable of obliterating one another.

Thankfully though, because of the heroic work of the scientists at Los Alamos years earlier, the military doctrine of mutually assured destruction (MAD) prevented nuclear doomsday.

This promises that the full-scale use of nuclear weapons by two or more opposing sides would cause the complete annihilation of both the attacker and the defender.

In theory, MAD rules out nuclear doomsday as the knowledge that a rival power is also capable of wiping you off the face of the Earth nullifies any inclination to attack.

To date, no all-out nuclear war has ever broken out and World War 3 is a hypothetical construct rather than reality.

In this way, it could be argued that the British Mission at Los Alamos prevented nuclear doomsday by ensuring that no one power or state had the technology to itself.

Prof Reed has now had his new book ‘Manhattan Project: The Story of the Century’ published to answer crucial questions on the project.

He explained how it “totally changed” the relationship between science and political policy that we still see today.

Prof Reed added: “Suddenly, after the war, a country’s power was going to be based on the strength of its laboratories, universities and scientists – it was traditionally military power.

“It really changed the course of history and thrust scientists into the public sphere like never before.

“We are still living with that legacy 80 years later and I don’t think many people appreciate how many nuclear weapons are still out there.”