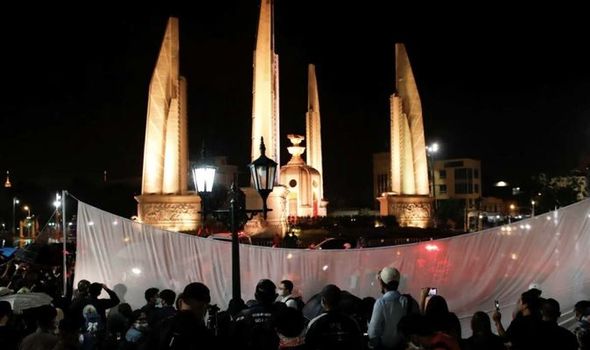 Instead, Thailand’s vanishing monuments celebrated leaders of the 1932 revolution that ended absolute monarchy in Thailand, who were once officially honoured as national heroes and symbols of democracy. Reuters has identified at least six sites memorialising the People’s Party that led the revolution which have been removed or renamed in the past year. In most cases it is not known who took the statues down, although a military official said one was removed for new landscaping.

Two army camps named after 1932 leaders were rechristened on the orders of the office of Prime Minister Prayuth Chan-ocha, according to an item published without comment in the Royal Gazette.

Officials in the military, government and the palace declined to answer questions submitted by Reuters regarding the removal of statues and renaming of military camps.

Some historians say the missing monuments reflect an ideological battle over Thailand’s history.

On one side is military-royalist conservatives whose supporters idealize traditional culture, with loyalty to the monarchy and King Maha Vajiralongkorn seen as the highest virtue.

On the other are populist parties, activists and academics who have risen to prominence in the last two decades, culminating in two military coups that ousted elected populist governments in 2006 and 2014.

In recent years, the conservatives have been in the ascendancy. Elections last year kept coup leader Prayuth in power through a vote that opposition parties said was rigged – an accusation that he and Thailand’s courts deny. 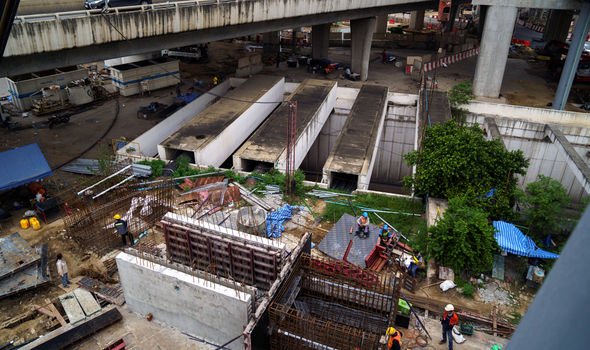 Since the election and last year’s elaborate coronation of King Vajiralongkorn, a major People’s Party monument in Bangkok and at least three prominent statues of People’s Party leaders at military sites have been removed, and a museum commemorating the revolution in the northern city of Chiang Rai was renamed.

Months after King Vajiralongkorn took the throne, a plaque marking the spot where the 1932 coup was proclaimed was replaced with one bearing a royalist slogan. No explanation for the change was given.

A representative of the National Defence Studies Institute  where a statue of 1932 revolutionary Plaek Phibunsongkram disappeared in January from the front of its headquarters  said on condition of anonymity that it had been moved for landscaping outside and could not say when or if it would be returned.

“What we are seeing now is an ideological cleansing through the disappearance of historical sites,” said Chatri Prakitnonthakan, an architectural historian at Silpakorn University.

But some dispute his view.

Thepmontri Limpaphayorm, a conservative independent historian, said the changes were probably not the result of a coordinated movement to erase the past but possibly individual actions by royalists.

“In history, there are personal feelings and it is these feelings that create change,” he said.

Thailand officially has been a constitutional monarchy since 1932, and its traditional culture is deeply invested in the monarchy as a unifying  and for some, semi-divine institution.

The king remains powerful and the late King Bhumibol Adulyadej, the current monarch’s father, was widely revered during his 70-year reign until his death in 2016.

Tradition mandates all Thais prostrate themselves before the king and his immediate family, and insulting the monarchy is punishable by up to 15 years in prison.

In recent years, successive military leaders including Prayuth have portrayed their critics as potential threats to the monarchy.

But since last year’s disputed election, demonstrations against military dominance have increasingly identified with the 1932 revolution, said historian Chatri. 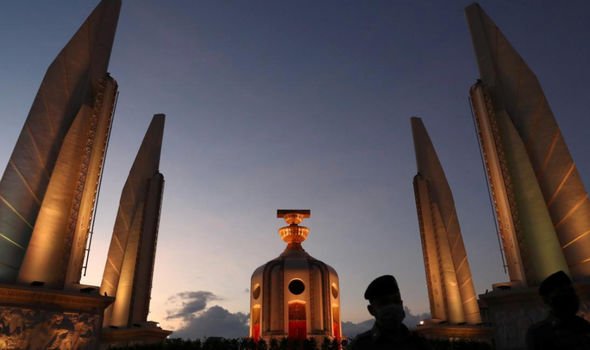 Wednesday is the 88th anniversary of the revolution, and political activists from several groups across Thailand staged peaceful protests to mark it.

At one of the protests at Bangkok’s Democracy Monument, 30-40 activists played a large-screen video re-enacting the speech made by People’s Party leaders after they toppled the government of King Prajadhipok and ushered in Thailand’s first constitution.

“Eighty-eight years ago today around dawn, the People’s Party seized power and changed the system of governance to a democracy,” said pro-democracy activist Anon Nampa.

Police said they were monitoring protests in at least 12 provinces. Thailand has banned large public gatherings during the coronavirus emergency, but authorities did not block the demonstrations.