In theory all migrants have access to healthcare in Mexico, the reality is they can rarely go to public hospitals. 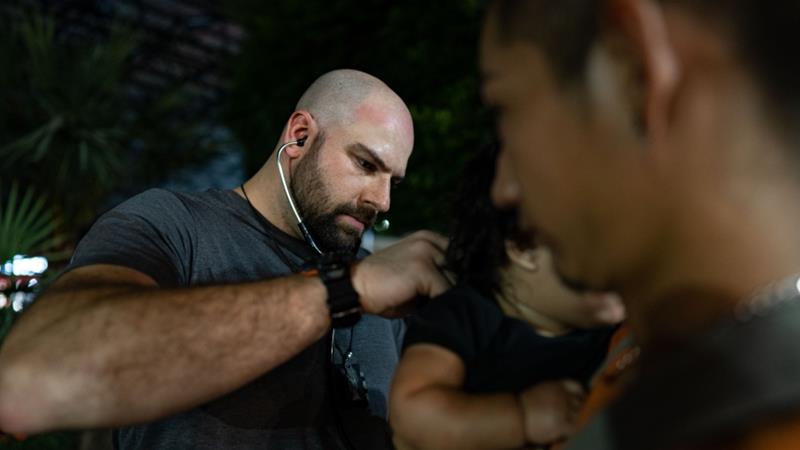 Chiapas, Mexico – For 28-year-old Miguel living in the Mexico-Guatemala border town of Ciudad Hidalgo in the Mexican state of Chiapas, social distancing or quarantining during the coronavirus pandemic is nearly impossible.

Miguel, who fled persecution from the authorities in Nicaragua in September 2019 after he joined anti-government protests, was denied asylum in Mexico this year, and consequently lost his right to work, leaving him unemployed and homeless.

“I was thinking about handing myself in to [the National Institute of Migration (INM)]” he said. But the conditions inside INM detention centres are not much better, he added, citing reports of overcrowding, extended detentions and crackdowns on detainees who have demanded their release due to the pandemic. Since the beginning of 2020, there have been several riots inside the infamous Siglo XXI in Chiapas, the largest detention centre in Latin America, with detainees begging to be released.

Miguel’s dilemma comes as Mexico’s total confirmed coronavirus cases swells to more than 282,200, and almost 34,000 deaths. In late March, the country implemented a lockdown, but has since started to reopen sections of the economy and announced plans to ease social distancing guidelines, despite the surge in cases – there are currently 5,086 confirmed cases in Chiapas. 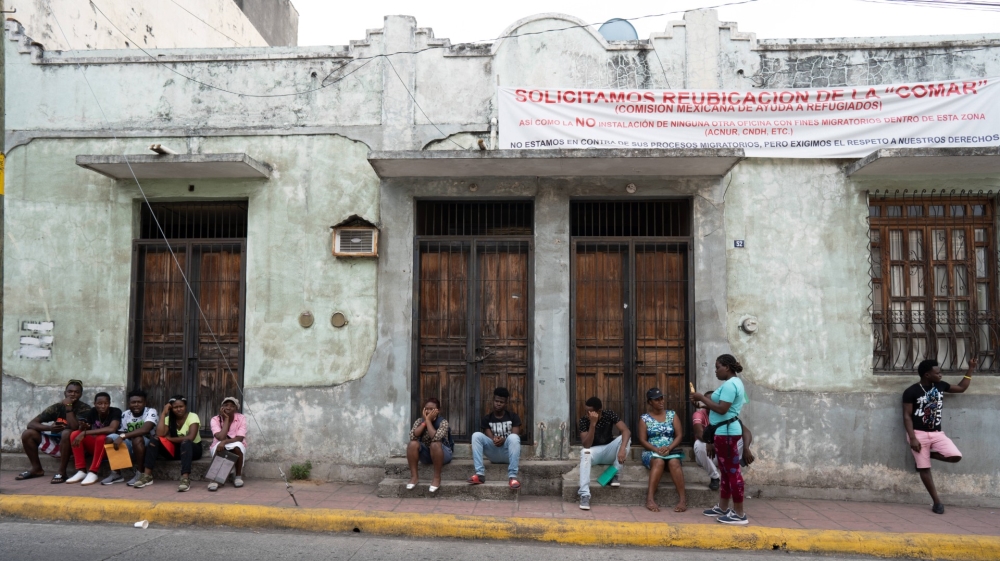 For undocumented migrants with no right to remain in Mexico, particularly those residing in the southern part of the country, the pandemic has exposed the harsh living conditions that put them at greater risk of contracting the disease.

There are no official estimates to quantify how many like Miguel there are in Mexico, but in 2019, more than 55,000 people were removed by immigration authorities, either by deportation or voluntary return, from the southern state of Chiapas. Month by month, these numbers have rapidly declined in 2020, from 4,749 in January to only 138 in May.

Ciria Villator of the Fray Matias Center for Human Rights, one of the few non-governmental organisations in Tapachula to have access to migrants who are detained by INM, attributed this reduction in number to the pandemic which caused the closure of the land border with Guatemala and the subsequent release of previously detained migrants who could no longer be returned to their countries overland via Guatemala.

Since May 2019, and in response to direct economic threats from Trump, Mexico has increased the policing of the southern border with Guatemala and has cracked down on transiting migrants aiming to reach the United States. As such, many have found themselves trapped in the southern state of Chiapas during the pandemic, where they must rely on a healthcare system that is already stretched beyond capacity and live in conditions that make it ripe for possible transmission, according to experts. 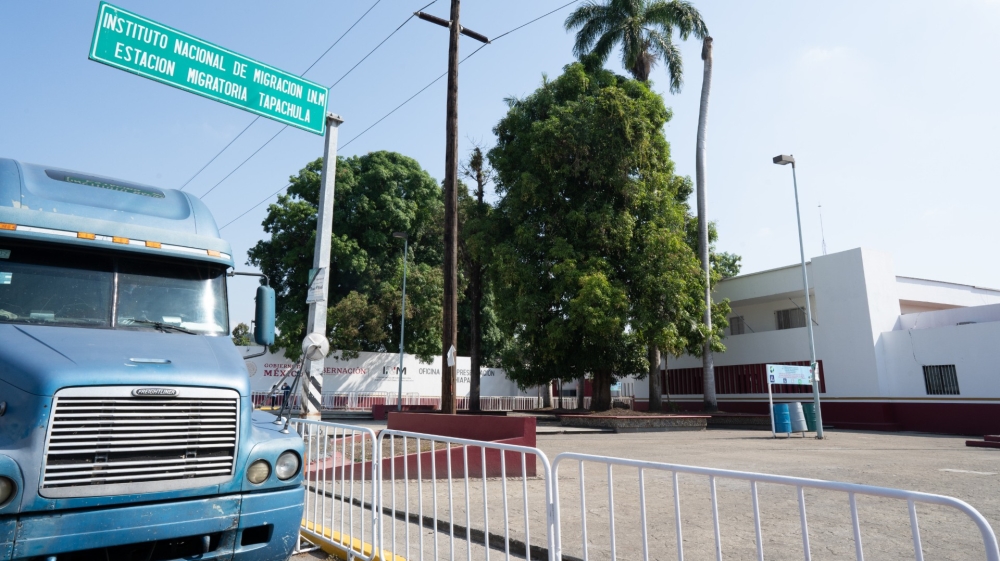 Undocumented migrants do not have a right to work in Mexico and are forced into low-paid, manual jobs with no sick pay or option to work from home.

Unable to afford adequate housing, migrants and asylum seekers often live in “live in cramped housing, where isolation and social distancing is difficult if not impossible”, said Daniel Taylor, remote paramedic and board member of Global Response Management, an international medical non-governmental organisation.

“A room with a bathroom will start at around 800 or 900 pesos ($35 to $40) per month in Tapachula, and it is not unusual to find two families sharing that space. It’s common to see 10 people sharing a room” said Villator.

According to the World Health Organisation, “inadequate shelter and overcrowding are major factors in the transmission of diseases with epidemic potential”.

While there is no data on the number of migrants who have contracted the disease, experts fear many will not seek help if they have symptoms.

In theory, “all migrants, independent of their migratory status have the right to healthcare in this country,” said Alberto Cabezas, of the United Nations’ International Organisation for Migration, but undocumented migrants “are afraid to go to hospital because they risk being detained”.

For those who do seek help, experts said migrants often face discrimination at public hospitals.

Yamel Artier, a psychologist from the Jesuit Refugee Service (JRS), an NGO operating in Chiapas said some of her clients who went to hospital have had to wait a full day before seeing a health professional and were then told to come back months later, despite needing immediate attention.

“We try to keep the migrant population away from the public healthcare system,” said Artier. “We regularly use private doctors, such as those attached to pharmacies, for minor complaints.” Other local NGOs, including Medicos del Mundo (Doctors of the World), confirmed the inherent discrimination faced by migrants in Chiapas. 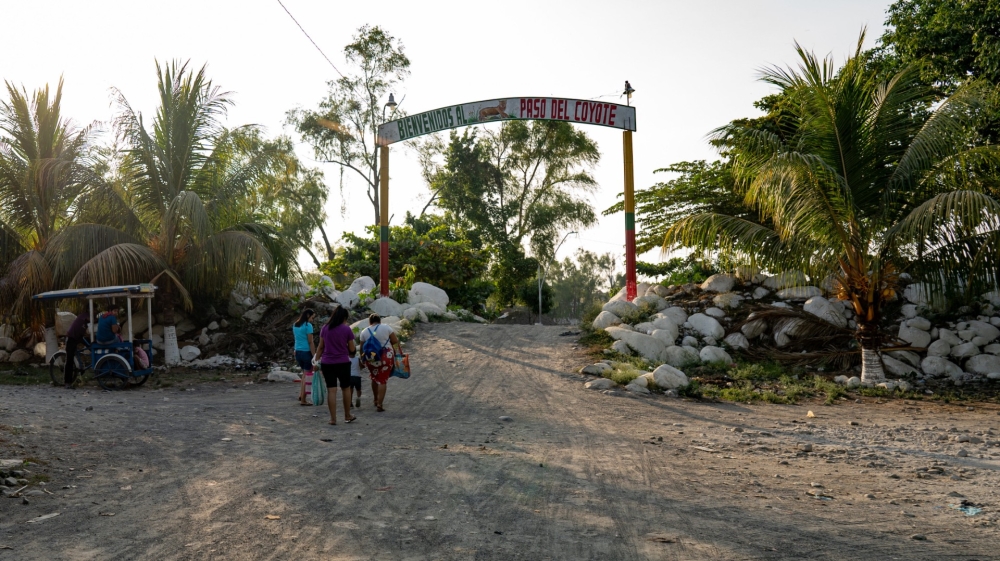 The situation is compounded by the failing public health system, particularly in Tapachula.

Arturo Nepomuceno Lozano, assistant to the sub-director in Tapachula General Hospital, said, “There is no medicine. [The patients] have to buy it themselves. There are no resources in general.” Lozano confirmed that many of his colleagues had become sick from the virus and some had died.

Data from the Organisation for Economic Co-Operation and Development (OECD) corroborated Lozano’s claims. Government spending on healthcare as a percentage of gross domestic product declined since 2015 from 3 percent to 2.8 percent in 2019. Although the Mexican government’s own statistics place the number even lower, at 2.49 percent.

According to OECD data, the Mexican government is one of the lowest per capita spenders on health and around half of those costs are met by private sources, such as out of pocket expenses or private health insurance.

Since the pandemic began, the Institute for Health and Wellbeing (INSABI) – one of the government departments responsible for healthcare to the population who do not have insurance – has imported more than 900 ventilators, more than 16 million surgical masks and 1.2 million pairs of gloves. However, this is unlikely to be enough for a healthcare system that, according to a report by Fatima Masse, the project coordinator for IMCO, the Center for Investigation into Public Policy, has been “in crisis for years”.

In the context of a struggling system, undocumented migrants face even greater hardship. “Ignoring the vulnerable and fringe members of society leads to unnecessary deaths, increased long term disability, and a greater demand on stressed healthcare infrastructure,” said Taylor.

So far, Miguel has not been touched by the virus, but with no option of safely returning to his country and no ability to remain in Mexico or work legally, he is currently stuck in limbo, relying on food handouts in the street or friends to support him.