Ten EU countries have agreed to take in more than 400 unaccompanied children who were staying in a now-destroyed migrant camp in Greece.

The Moria facility on the island of Lesbos was gutted in fires on Tuesday and Wednesday, forcing its 12,000 inhabitants to sleep in nearby fields or on roadsides.

Greek authorities have said the fires were set deliberately by residents angry about isolation orders, imposed after 35 people were found to have COVID-19. 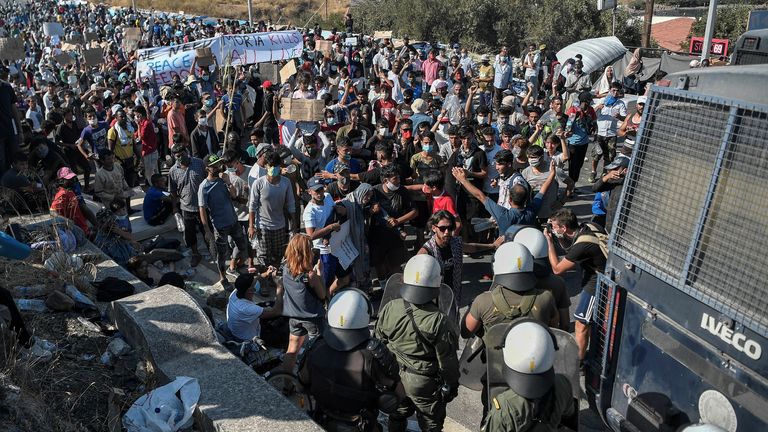 Germany’s interior minister, Horst Seehofer, said his country and France would take about two-thirds of the 406 teenagers and children without parents or guardians.

The youngsters are already off the island, having been flown to the Greek mainland and placed in hotels on Wednesday night.

Government spokesman Stelios Petsas says none of the other camp residents will be allowed to leave Lesbos.

Those that remain, mostly from Syria or Afghanistan, have been cutting down reeds to make rudimentary shelters, while others have only a sleeping bag to protect them. 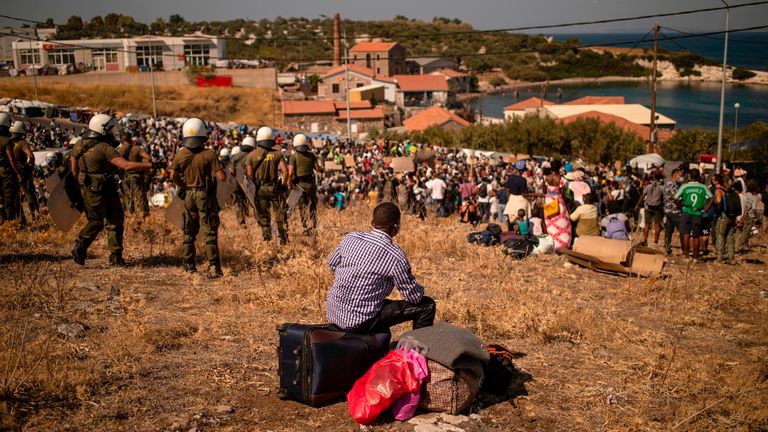 “We have spent three days here without eating, without drinking,” said Freddy Musamba, a migrant from Gambia.

“We are in conditions that are really, really not very good.”

He called for the EU to “come and support us, to not leave us”, adding: “We are like abandoned children. We have endured things we didn’t know could happen.”

Thousands of those now left without shelter held a protest on Friday, demanding to be allowed to leave.

Aid agencies have described conditions at the over-crowded camp – which had a capacity of just over 2,750 people – as dire.

European Commission Vice President Margaritis Schinas, who oversees migration for the 27-nation bloc, said Moria is a “sharp reminder to all of us for what we need to change in Europe”.

He added: “The clock has run out on how long Europe can live without a migration policy.”