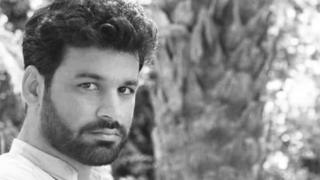 Like many students, he’d travelled home during the coronavirus lockdown in the spring. Like many, he faced an uncertain future.

A promising postgraduate student at one of Pakistan’s top universities in Islamabad, Sana Baloch was born in a small town called Kharan in the sparsely populated province of Balochistan, hundreds of miles south-west of the capital. It was on the outskirts of Kharan on 11 May that he went missing.

His case is not unique – it mirrors a host of others in resource-rich but desperately poor Balochistan, where Pakistan’s military is accused of a decades-long campaign to brutally suppress aspirations for provincial autonomy – a charge it denies.

In recent years, “internment” or “torture” centres are reported to have proliferated inside military cantonments in Balochistan. These are described by the Human Rights Commission of Pakistan (HRCP) as places “where people are disappeared, tortured and interrogated outside of the law”. Activists say that thousands have gone missing in recent years.

Several sources with knowledge of the case, who requested not to be identified for safety reasons, told the BBC that Sana Baloch was being held at such an internment centre in the town of Kharan itself.

His family don’t know – or won’t say – where he is. Nor have they gone to court to press the authorities for information on his whereabouts. But it is not because of a lack of concern.

“When you live in Balochistan, you don’t do that,” said one of the sources. “You wait in silence and hope for the best – just like the parents of Shahdad Mumtaz.”

Shahdad Mumtaz, another student from Balochistan, went missing in early 2015. His family remained silent, and months later their son came back to them.

But what happened to him in the end might hold lessons for others. On 1 May, 10 days before Sana Baloch went missing, Shahdad Mumtaz was killed in a shoot-out with the Pakistani military. To the surprise of many who knew him, an armed separatist group, the Baloch Liberation Army (BLA), claimed him as one of its members. It said in a statement that he had died fighting “the Pakistani army and members of its proxy death squad”.

Was Shahdad Mumtaz planning on being an armed insurgent all along, keeping his secret from relatives, friends and lecturers? If he was, why was he released by his captors?

Could Sana Baloch be on the same path?

The answers to these questions lie in decades of troubled relations between Balochistan and Islamabad – and the impact of that history on the region’s increasingly educated youth.

Tensions are explained not just by Balochistan’s vast natural wealth – the province comprises 44% of Pakistan’s land area but only about 5.9% of its population, and has mineral resources estimated at more than $1 trillion – but also its geographical contiguity to southern Afghanistan, where conflict has raged for decades and affects people over the border in Pakistan.

This is the world into which young men like Shahdad Mumtaz and Sana Baloch were born and raised.

Educated and socially active, Shahdad Mumtaz taught at a prestigious grammar school in his home town of Turbat in the far south of the province, and worked as a regional co-ordinator for the HRCP, mostly reporting on missing persons – a major issue in the region.

In 2015 he joined the ranks of the missing, but he was among those lucky ones who, in the words of a local analyst, “manage to convince their captors that they have been reformed and that their nationalist activism was a mistake”.

After his release, in 2016, Shahdad Mumtaz joined Islamabad’s Quaid-e-Azam University (QAU) for a Masters’ programme, and he confided in a fellow Baloch student about his life in detention.

“He told me that the message being imparted was mainly about the ills of political activism,” the former student told the BBC, requesting anonymity for his safety. “‘End it, they would say. Take an interest in your studies, find a job. Why do you waste time shouting slogans that suit the designs of the enemies of Pakistan?'”

The message was conveyed to the interned men “through torture and abuse”, the student said. “They would kick them, beat them with sticks, hurl at them threats of death and dishonour, abuse them, keep them awake for days,” he said. “And the only food they gave them was lentils.”

Shahdad hated lentils, he said. They reminded him of his days in captivity.

But Shahdad Mumtaz’s nationalism refused to die. It was apparent in his activities at the university. He joined the university’s student council; he was injured during a clash with a hardline religious students’ group; and he and many others were arrested by the police during a student protest against the university administration.

Shahdad was also a “compulsive preacher” of Baloch rights, the student friend said – and the book Prison Notebooks, by the Italian Marxist Antonio Gramsci, was “his bible”.

“In endless debates with his teachers and fellow students, he would use the book’s construct of a hegemonic culture to convey how the state was dismantling the Baloch people’s indigenous outlook and perspective,” he said.

Such feelings are widely shared in Balochistan, and date back to Pakistan’s independence in 1947. When Britain partitioned India, princely states dotting the sub-continent were given options to either join India, join the new Pakistan or remain independent.

The annexation birthed a movement for Baloch rights that has increasingly drifted towards left-wing nationalism, and in some extreme cases armed separatism. There has been conflict ever since, fuelled by Balochi demands for a greater share of the proceeds from their vast mineral wealth, notably gas reserves in the Sui area in central Balochistan.

The latest, and by far the most enduring, round of conflict dates from the early 2000s when then military ruler General Pervez Musharraf held what many saw as rigged elections. That caused unrest, which turned to violence in 2005 after a female doctor working in Sui was raped by a soldier. No one was convicted. Thousands of troops were sent in to quell the rebellion that followed.

Over the years since, the military has expanded its presence by building new garrisons and, as reported by several rights groups, funding private spy networks to detain real or suspected nationalists in the province. Activists say the army has “disappeared” those caught instead of producing them in courts of law.

It is also accused of using Islamist militants to infiltrate once secular Baloch areas to further its aims, both in Balochistan and over the border in Afghanistan.

There have been widespread allegations of the military using local crime gangs and former rebels “reformed” in internment centres to operate “death squads” – armed groups that provide local intelligence on nationalists and separatists so that the military can track them down and eliminate them.

According to estimates provided by the Europe-based Human Rights Council of Balochistan (HRCB), at least 20,000 Baloch activists have been “disappeared” since 2000, and about 7,000 of them are dead.

The Pakistani authorities routinely deny allegations of abuses in Balochistan.

The BBC contacted the army’s spokesman and Pakistan’s human rights minister for comment for this report but there was no immediate reply. In the past, the military has avoided comment on allegations of enforced disappearances, “torture centres” or extra-judicial killings.

The civilian government in the province has previously blamed the killings of hundreds of political activists and suspected armed separatists in recent years on infighting among insurgent groups.

Analysts say the sustained policy of repression, and a failure by other state institutions such as parliament and the judiciary to rein in the powerful military and address the problems in Balochistan, has caused nationalist groups to radicalise and to evolve from their tribal roots.

The middle class “is today the main target of the Pakistani military in what seems to be an attempt to eradicate all manifestations of Baloch nationalism and to rule out the very possibility of its renaissance”, said a report by the Carnegie Endowment for International Peace, a US based foreign policy think-tank, as long ago as 2013.

Shahdad Mumtaz was very much a member of that educated, urban middle class.

But students who knew him say that at no point did they ever suspect he would pick up a gun and wage a war against the state. On the contrary, he completed his Masters in 2018 and enrolled for an M.Phil course. He also had plans to go to Lahore with a friend to prepare for civil service exams, the route to a career in Pakistan’s administrative elite.

But there were also times he would crack, said his student friend.

“When some activists he knew would go missing, or their mutilated bodies would be found, or when some journalist or teacher would be killed in a targeted attack, he would say, ‘Man, this state only understands the language of the gun’.”

Friends last saw him in late January, when he was headed to Lahore for his planned preparation for the civil service exams. After that they could not reach him. Then on 1 May, in the gunfight in the Shorparod area of Balochistan, he lost his life.

The case of Sana Baloch appears not much different from the case of Shahdad Mumtaz, or hundreds of other Baloch activists.

He too is a staunch nationalist, and an active member of the BNP-M party. He is also an accomplished student, having completed a Masters in Balochi literature, and currently studying for an M.Phil degree at Islamabad’s Allama Iqbal Open University (AIOU).

One of his teachers told the BBC that he had almost completed his M.Phil thesis and was due to submit it by end of May but had to leave for his home town when the university closed due to the coronavirus lockdown.

A BNP-M source in Quetta, the capital of Balochistan, says that while in Kharan, Sana Baloch resumed his political work. This involved “helping local villagers with paperwork to apply for their national IDs, sorting their issues with the local police and the administration, and so on”.

What will happen to him now is unclear.

Will his dead body turn up dumped somewhere in the remote wilderness? Might he agree to use his contacts to spy on other nationalists for the authorities, as many others have done?

Or will he come home “reformed”, lie low for a while and then take up arms against the state, as Shahdad Mumtaz did?

Only time will tell, and meanwhile his family must wait. 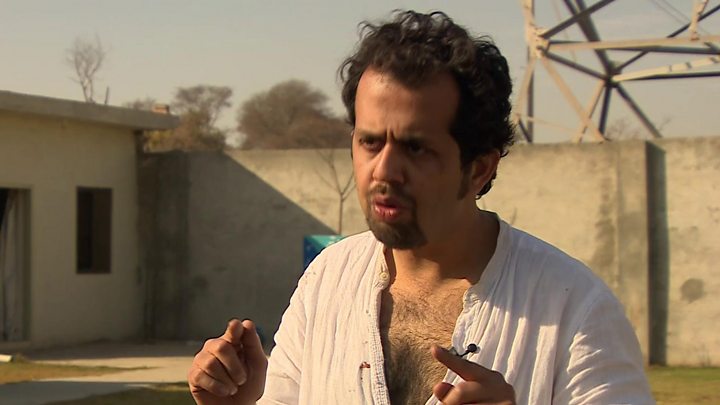