Met Office weather forecasters have released long-range weather predictions for much of June, with more sunshine on the cards but less heat. A marked dip in temperatures will pursue for at least the first two weeks of June, as a northerly airflow moves in.

The forecasters have revealed hot weather has “come to an end” for the time being, as the sky-high temperatures of May have given way to a distinct chill.

Temperatures in much of the country now dangle around the mid-teens, with highs of 17C in London today.

Forecasters believe the run of worse weather could continue for the next two weeks, with an “unsettled” outlook for the country.

A run of cool wind and spells of rain will likely remain until mid-June before the country sees temperatures return to the average for the time of year. 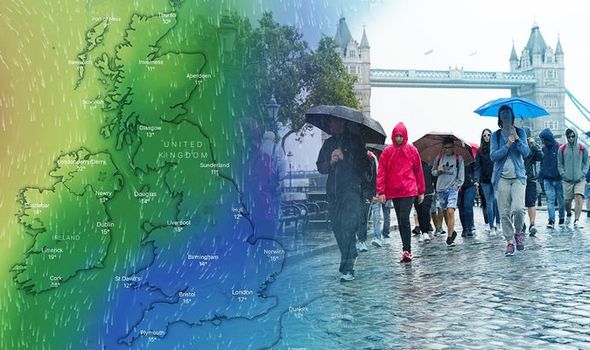 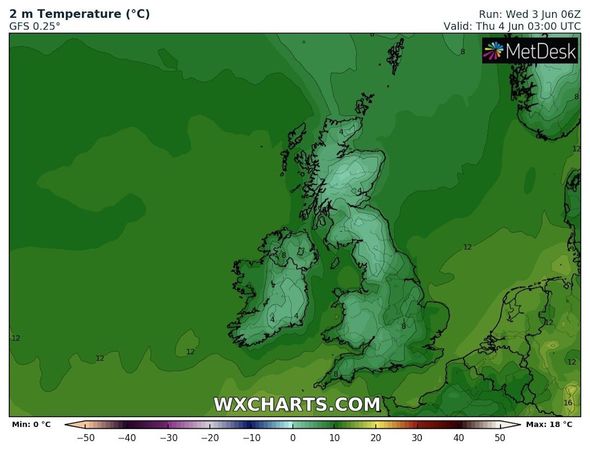 She added the area of high pressure which had caused the unseasonably warm temperatures had now lifted off, and northerly winds had taken its place.

As the country heads into the first weekend of June temperatures will remain “cool”, as unsettled conditions persist.

According to long-range forecasts, which have limited accuracy so early on in the month, the weather may remain the same until the end of the month. 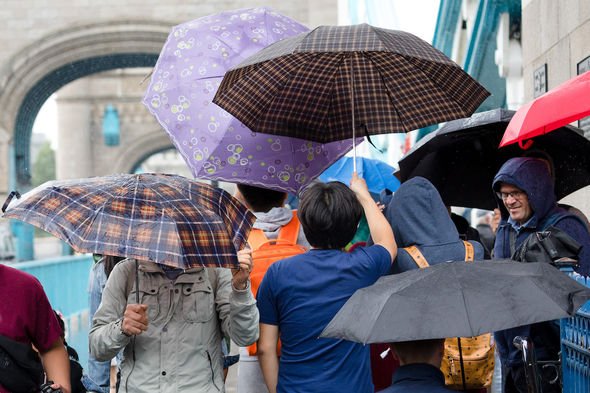 The long-range forecast, which covers June 17 to July 1, the Met Office states conditions will remain “changeable”.

As the country moves into July longer, drier periods will take hold, and the weather will bounce back slightly.

Below-average temperatures should recover to the “average” for the month.

UK monthly averages for July 2019 set around roughly 16C, and despite record-breaking temperatures, ended up being a washout for some regions. 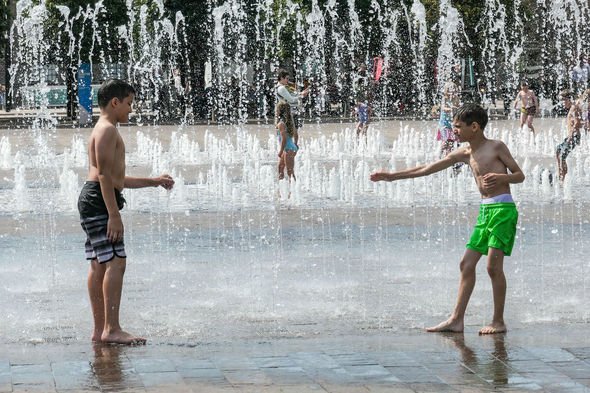 Over the month, Cheshire saw more than double its average annual rainfall for July, with 219 percent more than usual.

As people looked west, the image shifted, as Pembrokeshire received just 31 percent of its July average.

During the first two months of summer, the area saw just 53 percent.

Temperatures during the period notably hit the highest on record during July last year.

Staff tweeted at the time saying they had “all felt as if we’d melted.”

The figure exceeded the previous national average of 38.5C by .2C, which was set in Kent 16 years prior.