High pressure from the Atlantic is bringing glorious highs of 24C in south eastern regions today, according to Netweather. But before the hot weather arrives, Sunday will get off to a chilly start. The Met Office’s national forecast for Sunday morning, presented by Becky Mitchell, revealed that “fine weather” is forecast for Sunday. She said: “After a dry and sunny Saturday for many of us, plenty of fine weather in the forecast for Sunday.

“Before we get there, any showers tonight will gradually fade away to leave clear, starry skies and temperatures will take a tumble too.

“We could see lows of 3 or 4C in parts of the countryside.

“So a chilly but bright start to the day, plenty of sunshine hanging on right the way through into the afternoon, it will feel a bit warmer on Sunday as well, temperatures widely into the low twenties. 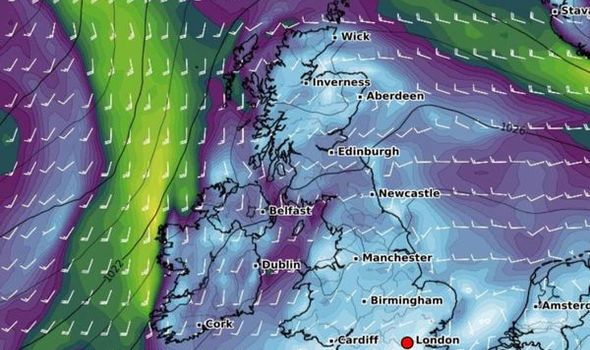 The Met Office also predicted warm temperatures next week too.

The latest forecast on its website said: “Most places will have a dry day with spells of sunshine and becoming warm in southern areas today.

“Cloudier in the far north with some drizzle at first, then more general cloud and rain reaching Northern Ireland and western Scotland later. 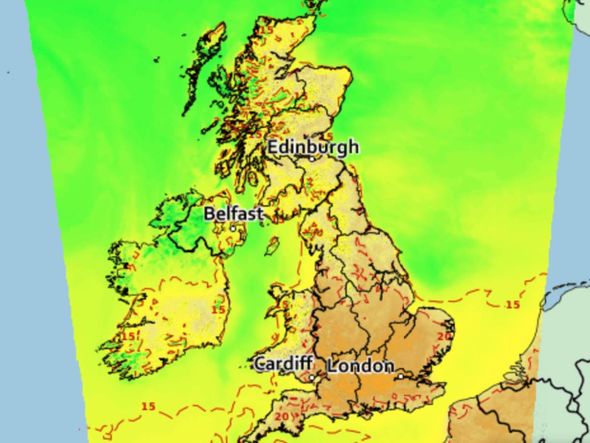 “Monday: South-east England, dry with some sunshine and warm again.

“Elsewhere, rather cloudy with some rain or showers, particularly in the west, but drier and brighter in the north-east.”

In the outlook for Tuesday to Thursday, the Met Office warned of rain before temperatures rise once again.

It said: “Cloudy with rain at times in the northwest. 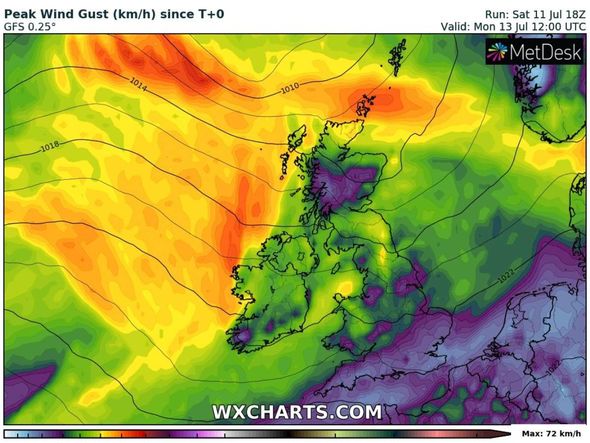 “Some showers on Tuesday but becoming drier and gradually brighter further southeast and turning warmer too.

Meanwhile, Netweather’s Paul Michaelwaite added northern regions may not experience the same highs as the south.

He said: “Cloud is going to thicken from the west across the north of the UK and Ireland during the day, with rain getting into western Ireland by lunchtime and the west of Scotland by late afternoon.

“So, a wet end to the weekend here, while much of the rest of the UK finishes up with lots more sunshine. 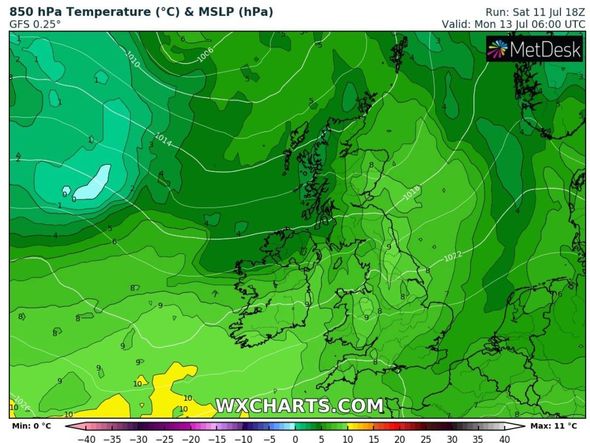 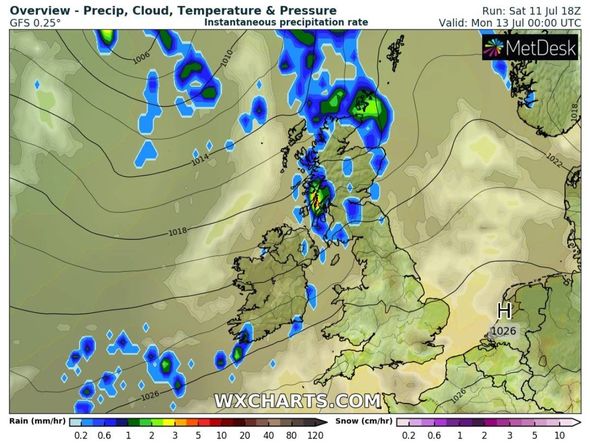 “The rain and cloud will try to continue southeast during the day but will really tend to break up as it crosses into the Midlands, leaving nothing more than a few showers at this point.

“Temperatures will push up into the low-mid twenties in the southeast and East Anglia, but 15-18c will be more typical elsewhere.

“The changeable theme continues from Tuesday and into midweek, those in the west and north of the country seeing the bulk of the wetter weather, although all parts are liable to at least see a splash or two.

“Most of the rain will be patchy though, with a good deal of drier, brighter, even sunnier periods coming through, with those further east likely to see the best of any sunshine.”