As the UK sees the end of its week-long heatwave, thunderstorms are set to bring downpours across many parts of the country. Scotland is set to see the worse of it overnight, with fast flowing floodwater lashing down from near Inverness to Edinburgh. As a result, the Met Office has upgraded its weather warnings for the region from yellow to an amber alert.

In a statement on its website, the Met Office warned that the East of Scotland was be battered with thundery showers overnight.

“Where the storms become heaviest and most prolonged rainfall totals of 30-40 mm could fall in an hour with some places potentially receiving 60-80 mm in 3 to 6 hours, although only a few sites will see these totals with perhaps parts of Fife seeing these early in the night and the far northeast on Wednesday morning.”

The Met Office has also warned that even hail may strike the East of Scotland in its horrid downpour. 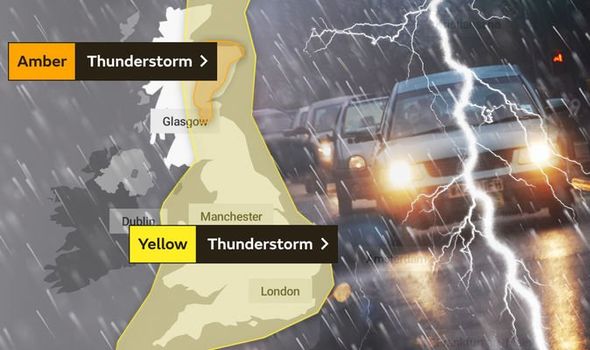 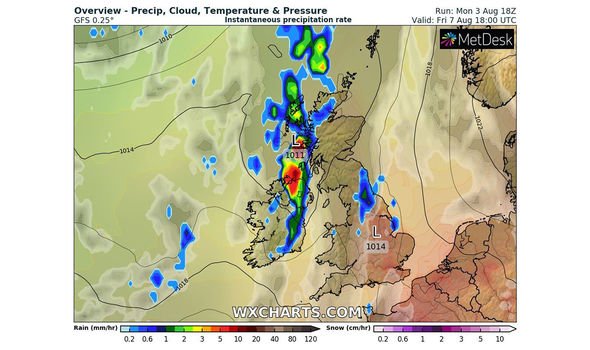 Met Office continued by adding that as the morning rolls around, parts of Scotland may wake up to flooded streets and damaged electrics.

It also said: “Where flooding or lightning strikes occur, there is a chance of delays and some cancellations to public transport.

“Power cuts may occur and other services to some homes and businesses could be lost.” 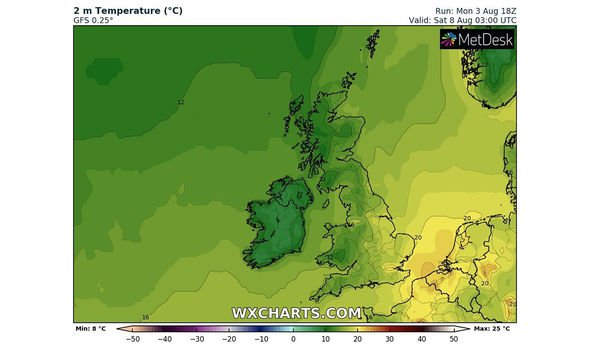 The thundery rain should mostly clear out from Scotland by midday, but for the rest of the UK thunderstorms could crop up by the evening.

A yellow warning for thunderstorms and flooding has been issued by the Met Office for nearly all of the UK, excluding West Scotland and Northern Ireland.

Temperatures will remain as high as 32C (89.6F) around 5pm in London and much of the South East.

For the morning it will remain clear and sunny, but after midday intermittent thunderstorms could breakout as the heatwave begins to falter.

Wales and the West of England will see marginally cooler temperatures of around 27C (80.6F), but northern winds will bring a clash with the plume of heat, making thunderstorms and showers much more likely in these areas.

Thursday will see Scotland free of it’s thunderstorms and weather warnings, but cloud and light rain will persist.

The Met Office has kept it’s yellow warning in place for Wales and England however.

They say there is “significant uncertainty” over where thunderstorms will break out due to the heatwave. 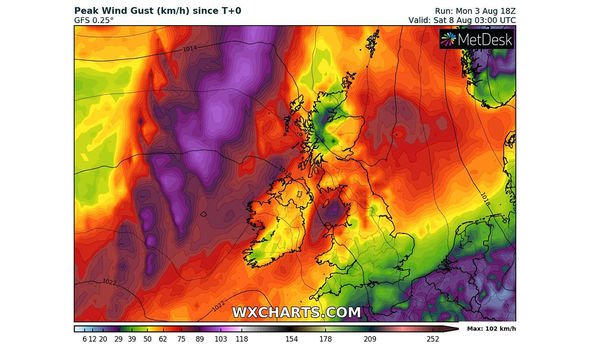 While no warnings are in place from Friday onwards, thunderstorms and downpours are still likely.

The South will be rather cloudy, with some showers or thunderstorms at times.

But it is expected to be drier in the North with the best of the sunshine for North Western parts.