Thunberg and other leading Fridays for Future activists are dismayed at the lack of progress in fighting climate change. 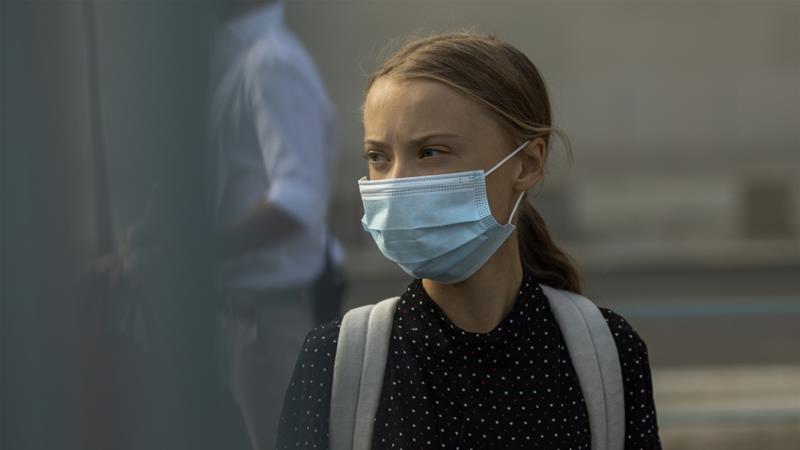 German Chancellor Angela Merkel has hosted Greta Thunberg and other leading Fridays for Future activists in Berlin for talks on the EU’s climate goals.

Merkel said Swedish 17-year-old Thunberg, along with co-campaigners Luisa Neubauer from Germany and Belgium’s Anuna De Wever and Adelaide Charlier, had requested the meeting and she was “pleased” to welcome them to the chancellery on Thursday.

Before the talks, the activists said they were dismayed at the lack of progress in fighting climate change, despite lofty promises by European governments.

“When it comes to action we are still in a state of denial. The climate and ecological crisis has never once been treated as a crisis,” they wrote in a letter published in Germany’s Der Spiegel and the United Kingdom’s Guardian on Wednesday.

“We will tell Merkel that she must face up to the climate emergency – especially as Germany now holds the presidency of the European Council. Europe has a responsibility to act.”

The meeting comes exactly two years after Thunberg, then 15, started skipping school to strike outside the Swedish parliament to draw attention to the need for action against global warming. 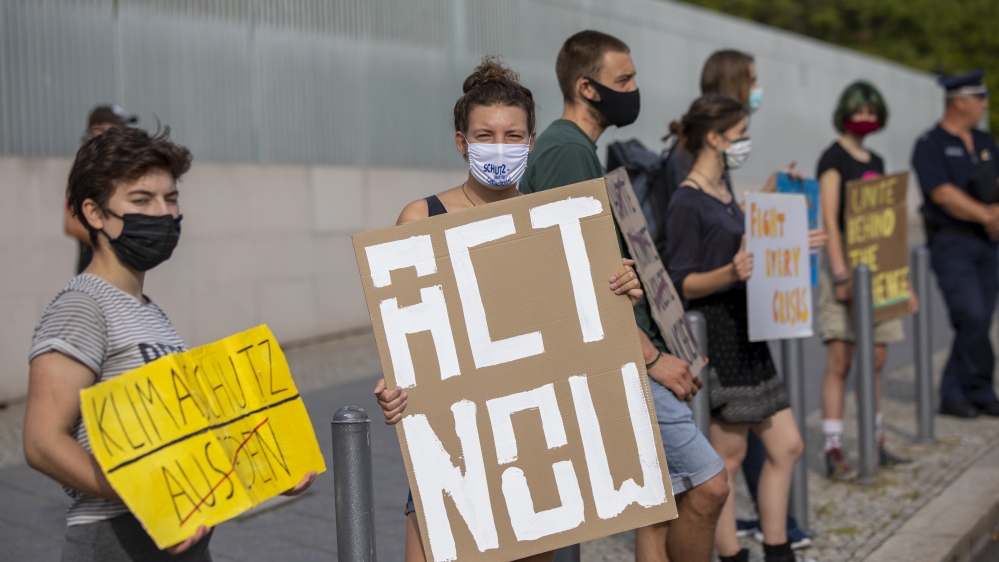 The strike movement has since spread across the world and Merkel has repeatedly expressed her admiration for the masses of young people demonstrating every Friday for more climate protection.

But the activists say nothing concrete has changed.

“Effectively, we have lost another two crucial years to political inaction,” they wrote, calling on countries to urgently halt all fossil fuel investments.

Despite its green reputation abroad, Germany is struggling to meet its own climate targets as the country remains heavily reliant on coal because of its decision to phase out nuclear energy after the 2011 Fukushima disaster.

Europe’s top economy was expected to miss its goal of reducing climate-heating greenhouse gas emissions by 40 percent this year compared with 1990 levels.

But a government report on Wednesday said the coronavirus could unexpectedly help it meet the target after all, after the pandemic practically halted economic activity and lowered demand for polluting coal.

Germany has promised to abandon coal-generated power by 2038, a date considered far too late by climate activists.

The EU as a whole aims to achieve carbon neutrality – or net-zero greenhouse emissions – by 2050.