The warning centres on poor relations between US President Donald Trump and Chancellor Angela Merkel. The paper follows the US removing thousands of troops from Germany after the two countries disagreed on defence spending.

John Kampfner, a senior associate fellow at the Royal United Services Institute, issued the grave warning about Germany’s vulnerability to foreign interference after the US conflict.

He wrote in his report that Berlin is now “on the frontline of Russian and Chinese hybrid actions of interference and influence in Europe”.

Mr Kampfner added: “The tactics used by both China and Russia vary.

“China’s have been focused mainly on economic assets.” 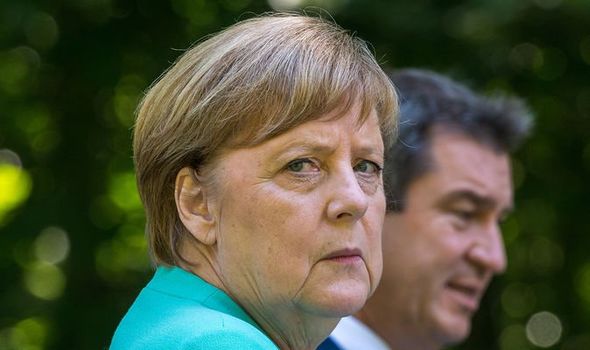 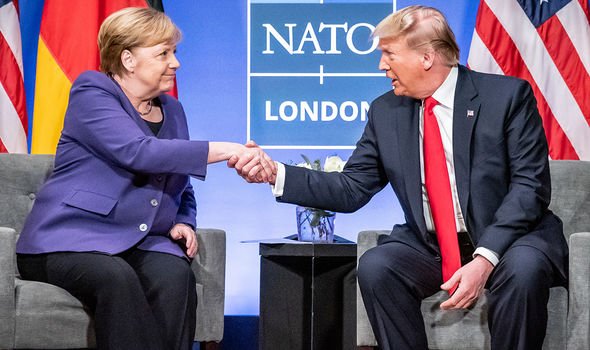 The document suggests that Ms Merkel’s successor will need to conduct an urgent review of Germany’s vulnerability to China and Russia.

Titled ‘Russia And China In Germany’, it warns that the country “is on the frontline of a new Cold War”.

It says that the modern equivalent to the period of hostility is new as it reflects “changes in technology and other practices, in geo-strategic configuration and also in Germany’s role”.

The report added: “The tension and threats facing Germany are increasing. They are a microcosm of global challenges.

“The country faces a series of political and economic-based hazards emanating from China. 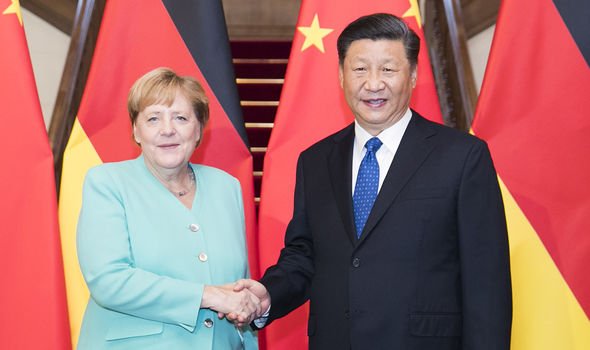 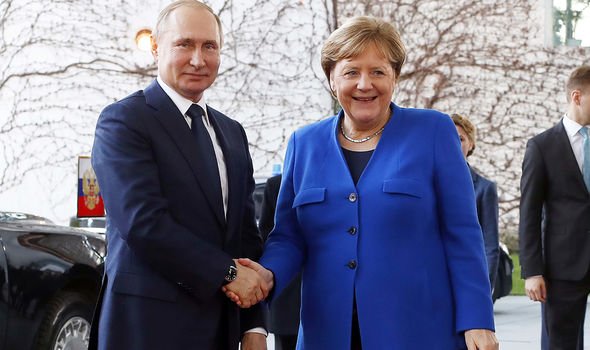 The report goes on to illustrate Russia’s threat to Germany, suggesting cyber security as the primary danger, but added that Russia’s threats are “by no means confined to that”.

It also says that damaged relations with Mr Trump, and that he is “well into his fourth year as president”, mean that Germany may feel it can rely on the US for security against Russia and China.

Mr Kampfner added that Germany has become heavily export dependent one China, as well as seeing a huge rise in Chinese takeovers of national businesses.

The paper said: “A number of Chinese takeovers, successful or resisted, of medium-sized Mittelstand companies, the engine room of the German economy, has led to a shift in position and in perceiving China as a strategic competitor.”

It also points to Russia’s “sophisticated propaganda machine” driving up support for extreme political parties “Alternative für Deutschland on the right and Die Linke on the left” to weaken Ms Merkel’s political power.

But while the report notes Ms Merkle’s attempts to curb Chinese takeovers and Russia’s hostile activity, it says that a decaying relationship with the US is the primary factor behind Germany’s newer vulnerability.

It said: “The poor relations between Mr Trump and Mrs Merkel have exacerbated Germany’s sense of vulnerability to potential dangers from China and Russia.

“Those relations have led to an increased sense of moral equivalence among Germans towards Russia and the US, according to polls.” 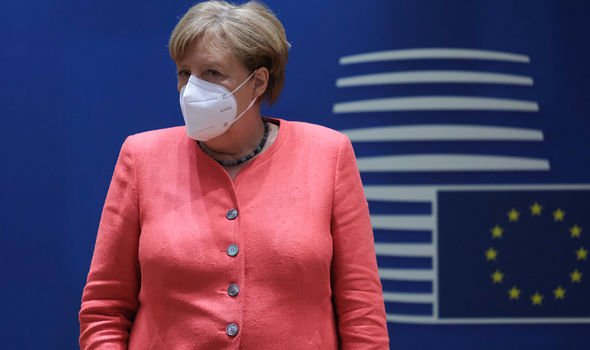 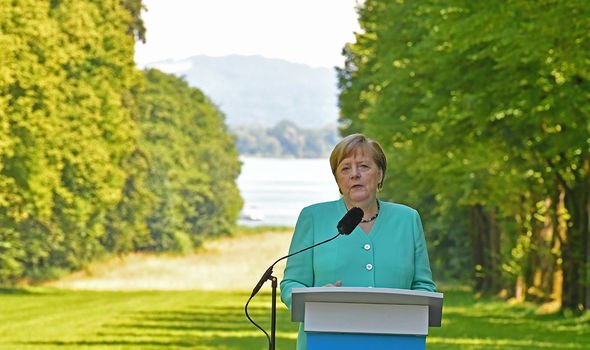 The US and Germany have seen increasing strain on their relationship after Mr Trump ordered the removal of 11,900 US troops from Germany.

US Defense Secretary Mark Esper announced that some 6,400 active US troops in Germany will be sent home, while nearly 5,600 others will be moved to other NATO countries.

Mr Trump has repeatedly claimed that Germany does not spend enough on it’s defence programmes.

US officials have attacked the withdrawal, with Republican Senator Mitt Romney calling it a “gift to Russia.”